Any point & click fan worth his rubber chicken (with a pulley in the middle) should already know all about Zak McKracken and the Alien Mindbenders, the outrageously excellent second entry in LucasArts universally beloved series of graphic adventures. Good thing too, because I dont want to bother explaining it. What you may not realize is that the house that SCUMM built also converted a bunch of their early games to the Japanese-only FM Towns computer, and that most of those ports are considerably superior to our PC originals! Oh, and since they were all handled in-house you can play them in Japanese or English.

This is by far the best known of the lot and rightfully so, as it represents the biggest leap over its corresponding source material: this isnt just the only version of Zak ever released on CD-ROM, but its also the only one to feature 256-color VGA graphics. And dont think that means they must be little more than a slight update; all the graphics have been completely redrawn with totally awesome results, but they still remain extremely faithful to the original art style. Unless youre playing on the Japanese setting for some reason, which actually uses alternate sprites for the main characters  they have giant, googly anime eyes. On a less googly and rather more beneficial note, the higher resolution also lets the screen display a lot more inventory items at once compared to the constant scrolling that resulted from the originals measly four, making item management a much less painful process. 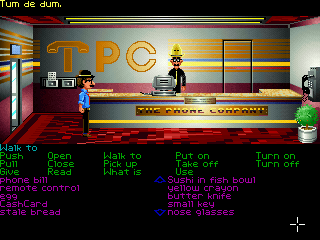 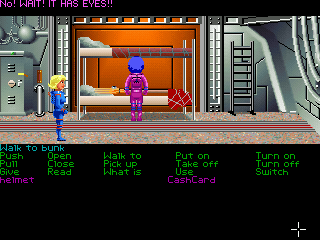 The conversion team didnt let that newfangled CD drive go to waste, either. Besides removing the frequent copy protection checks, they also added an exclusive redbook soundtrack paired with FM sound effects. Other than an energetic rendition of the main theme this new music is mostly ambient, but its a huge improvement over the mostly silent original and meshes quite well in the context of the game. Naturally theres a number of minor visual and audio tweaks as well, most notably the kazoo playing the Indiana Jones theme and that bizarre dream sequence now serving as the intro, presumably to warn tentacle-loving Japanese gamers what theyre really in for.

But the differences arent all cosmetic  this version is also a lot easier to complete thanks to some changes in those annoying mazes. The labyrinth on Mars is now completely lit (and pretty cool looking) instead of forcing you to navigate your way through with only a flashlights tiny spot of illumination. Similarly, the sprawling Aztec temple and its ignitable torches are now only dark in the rooms that youre supposed to go through, making it a lot easier to find the correct route. And youll definitely want to complete this one, because the ending now includes a brief (text-based) epilogue revealing what happens to your lovable band of misfits. Unfortunately you still have to click on an object to know if its a hotspot or use the What Is command; it would have been nice if theyd upgraded the engine to let you simply run the mouse over it as in their later games. 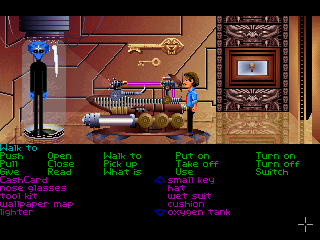 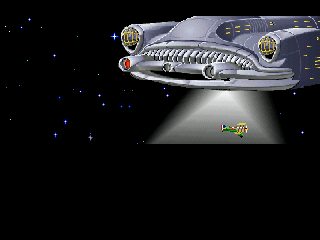 The existence of this port really comes as little surprise, as Fujitsu threw wads of cash at several PC and Amiga developers to bring awesome western computer games over to Japanese audiences and showcase the power of their new platform. The real surprise, other than the horrible omission of completely skipping over Maniac Mansion, is that LucasArts went to all this trouble and yet never bothered to bring out a similarly enhanced DOS version for their principal user base. Granted, computers with CD-ROM drives were pretty rare at the time, but not even another floppy release with the new and greatly improved visuals? What, did unscrupulous monkeys sail off with the source code or something? Fortunately you dont even need to know the FM Towns from FM Synthesis in order to enjoy the fruits of their labor; today you can easily play this game (without any loading, no less) simply by using ScummVM. And if by some slim chance you somehow missed it the first time around, get ready: Zak McKracken is better than Spring Break on Mars.

If you enjoyed this Zak McKracken and the Alien Mindbenders review, you're encouraged to discuss it with the author and with other members of the site's community. If you don't already have an HonestGamers account, you can sign up for one in a snap. Thank you for reading!

© 1998-2022 HonestGamers
None of the material contained within this site may be reproduced in any conceivable fashion without permission from the author(s) of said material. This site is not sponsored or endorsed by Nintendo, Sega, Sony, Microsoft, or any other such party. Zak McKracken and the Alien Mindbenders is a registered trademark of its copyright holder. This site makes no claim to Zak McKracken and the Alien Mindbenders, its characters, screenshots, artwork, music, or any intellectual property contained within. Opinions expressed on this site do not necessarily represent the opinion of site staff or sponsors. Staff and freelance reviews are typically written based on time spent with a retail review copy or review key for the game that is provided by its publisher.