A game is not the sum of its parts, and this is especially true with Star Ocean: The Second Story. Dissecting the experience leaves you with a rather unflattering analysis. Dated graphics with sprite abuse that hasn't been seen since the heyday of 16bit gaming; a serviceable but lacking plot when placed in direct comparison to the epic, twisting stories that have long become commonplace in this genre; lacklustre characters without much in the way of depth or development. The localisation is loose, the dialogue laughable in places -- this should be the very definition of a mediocre role-playing game.

But it isn't. Because Star Ocean 2 dares to be different.

Perhaps the first distinctive aspect of the game you'll notice is that you can choose between two protagonists, each of which has his or her own perspective on the story. Meet Claude Kenni, a young man struggling to come to terms with the responsibilities of his upcoming arrival into adulthood. He is offset by the energetic Rena Lanford, an optimistic young girl with mysterious healing powers at her command. Their characters are very distinct from one another, everything from the basic principles underlying their personalities to the very places they live. The former is a resident of Earth whilst the latter lives on Expel, where the game takes place.

Once a peaceful planet, Expel has recently undergone quite the radical transformation. A ferocious army of diabolical demons has laid siege to the planet, their appearance coinciding with the sudden arrival of a colossal meteor dubbed the Sorcery Globe. While Rena is going about her everyday routines in her picturesque village, Arlia, Claude is undertaking his first job as a freshly assigned Ensign in the aptly named Earth Federation, investigating a mysterious energy field. Disregarding orders, the rebellious blonde approaches the field with reckless aplomb only to promptly disappear in a flash of blinding light. Catapulted through the very bowels of space, he soon finds himself sharing a verdant forest with a startled Rena. The earlier choice of leads determines how you start the game: will you watch Claude as he's hurtled through the cosmos to dramatically appear before a timid blue-haired girl, or will you follow Rena who is understandably freaked out by the appearance of a man clad in strange clothes and stranger ways? 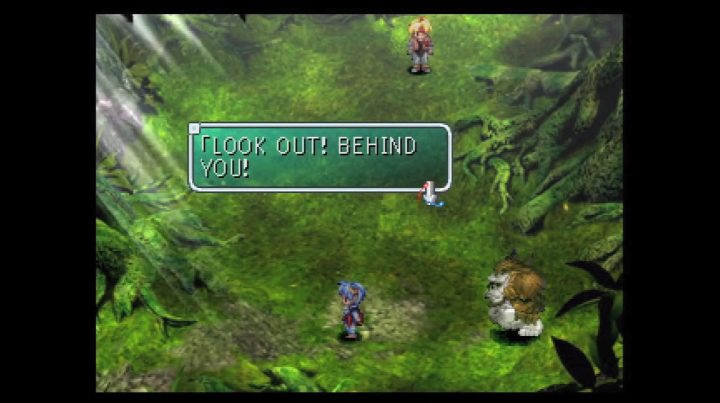 Few games have attempted to interweave differing paths for their players to walk, and fewer still have pulled it off on such a successful level. There are a variety of story elements where the events differ with the character you chose; an example of this is the Lacour Tournament of Arms, a gladiatorial contest pitting warriors against each other. One path will have you fight as Claude, while the other sees you cheering on his heroic efforts from the stands as Rena.

And although the spotlight is on our leading pair, the two will not venture alone for long. Throughout, they are given the chance to meet up with several playable characters. Ten additional and unique cast members will make themselves known, many of them requiring the completion of quests to obtain. Take the unlucky warrior, Ashton, who you'll need to actively seek out as he delves into an abandoned mine that has been temporarily converted into a monster's lair. You arrive just in time to see him fall victim to a somewhat surreal set of circumstances that leads to his possession by an argumentative pair of dragons. He'll need a promise to help find a way to exorcise these pesky but farcical foes before he'll agree to join you.

It's in searching for these extra characters that the plot, which seems pretty substandard on its own, becomes something more noteworthy. It's up to you who you seek out, and in doing so, up to you how things progress.

Should you wish to get to know the cast better, you can enter most towns and cities via the inventive Private Action function, which allows your party to separate and follow their own pursuits. Your actions under this setting affects your relationships with the party members. Through this, Star Ocean 2 boasts a whopping 80 possible endings, and which ones you get is heavily determined by how those closest perceive you. Throughout the game, you have the chance to converse with cast members one-on-one in this fashion, and what you do can make or break bonds or even spark up romance. 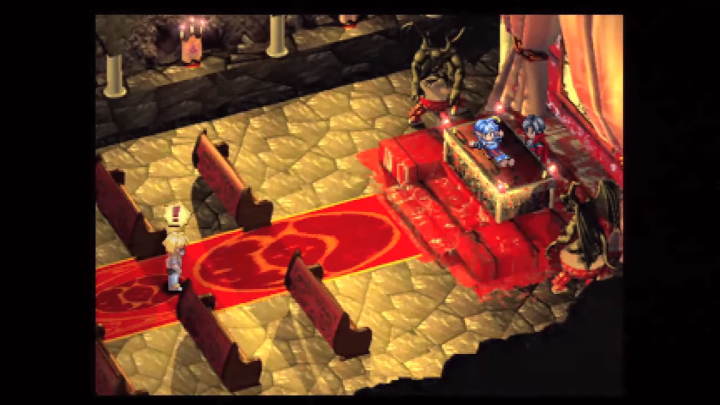 But as fun as this is, you must be selective in who you accept into your ranks. Up to eight of these characters can be recruited into your party, with only four active in the various battles that take place, giving them the chance to showcase their individual array of talents. Bringing the sultry sorceress Celine into the fray will guarantee a veritable cornucopia of offensive magic at your disposal, whereas laid-back pharmacist Bowman will dial up the damage with well-trained fists. Each member of the cast brings something to the battlefield that is unique to only them, something that no one else can replicate, ensuring that everyone has their own niche to fill.

And while many RPGs strive for such a varied cast, what Star Ocean 2 does differently is place them in an invigoratingly fresh approach to random slaughter. The battle system contains then unrivalled levels of interaction that certainly stand superior to the dated 'wait-your-turn' approach that games of this ilk commonly employ. Your chosen four will brave real-time battles with the player in direct control of his or her character of choice while the other three serve avatar to customisable AI. Free to switch between characters as the battle progresses, you can elect to abuse your magic-users' library of spells or unleash your fighters' blistering collection of killer moves -- all accented by a fluctuating calibre of voice actors -- to your heart's delight as long as you have the necessary MP reserves left. What this grants you is a frantic slice of mayhem; try to take complete control of your party or let them wreak their own brand of havoc. That choice is yours. 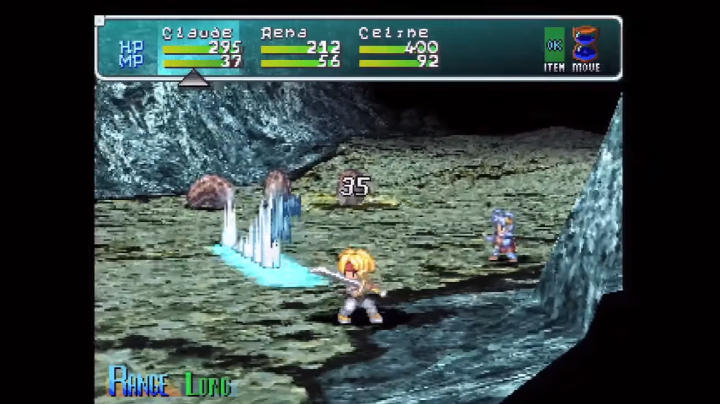 Fans of another tri-Ace developed game, Valkyrie Profile, will recognise the next intuitive touch: skill points obtained from levelling up throughout the game that can be attributed to a number of skills and talents. Investing in the right set of aptitudes can net you some rather convenient practises usable outside of combat. Infuse skills wisely, and you can bless your cast with the ability to prepare restorative meals with their cooking skills, or design stat-adjusting jewellery fashioned from lumps of ore. Other abilities let you customise weapons more to your characters' liking, allow you to influence the rate of random encounters, or summon a familiar to fetch you items when you are stuck inside the winding innards of Star Ocean 2's many dungeons. More skills still await discovery by a wily player!

And while all the clever touches and inventive majesty seem to be, on paper, just gimmicks tacked on to a mediocre game, they instead make the whole experience special. Characters that don't show much depth throughout normal play exude personality when interacted with successfully. The substandard equipment wholesale rule cherished by the norm is devoured by the ability to make your own arms from scratch. Having the chance to declare genocide on the tried-and-tested random nasties is all the more acceptable because of the way they are tackled -- everything falls into place. And they work on a level that has yet to be eclipsed, even by its clumsy sequel on a more powerful system.

Perhaps said sequel forgot that a game is not the sum of its parts. A game is how those parts interact with each other. A game is made or broken by the execution of ideas and how they flow together. And a game like Star Ocean: The Second Story is proof of this.

It's all this and more. Because it lets itself be whatever you make it to be.

If you enjoyed this Star Ocean: The Second Story review, you're encouraged to discuss it with the author and with other members of the site's community. If you don't already have an HonestGamers account, you can sign up for one in a snap. Thank you for reading!

© 1998-2022 HonestGamers
None of the material contained within this site may be reproduced in any conceivable fashion without permission from the author(s) of said material. This site is not sponsored or endorsed by Nintendo, Sega, Sony, Microsoft, or any other such party. Star Ocean: The Second Story is a registered trademark of its copyright holder. This site makes no claim to Star Ocean: The Second Story, its characters, screenshots, artwork, music, or any intellectual property contained within. Opinions expressed on this site do not necessarily represent the opinion of site staff or sponsors. Staff and freelance reviews are typically written based on time spent with a retail review copy or review key for the game that is provided by its publisher.