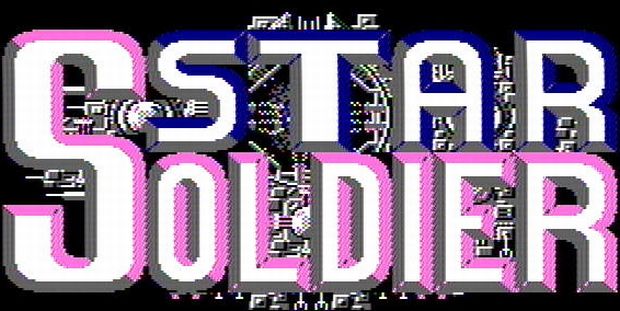 Right away, fast moving enemies cascade down the screen. Youll see the inspiration for the follow up game, Super Star Soldier for the Turbografx-16 (well, obviously), but also for Blazing Lazers for that same system. You'll play this game and think, ''the vertical shooter genre hasn't come very far, has it? Star Soldier had it all!'' That's very high praise you're giving out, you know. But other than the fact that variety is lacking, and theres no real ending, its true. Star Soldier does appear to have it all - Hudson Soft be praised.

Your spacecraft flies over girders, beneath platforms, dipping and juking, firing its default dual streams of lasers. The graphics are fairly simple. Youre in outer space, so things are dark. Rocky platforms and man-made platforms, both of simple coloured themes, take turns being the foreground.

There is a triumphant ''Im a space ace hero type'' track that permeates the seams of every level, and when you get powered up, a slightly happier and more frantic, but similar-sounding track replaces it. Appropriately, the ''uh oh, its trouble'' boss theme accompanies every STAR BRAIN encounter. (Along with the words ATTACK STAR BRAIN).

Enemies slide onto the screen from various points; some crowd from the top, making their way down, their movement erratic as they try to confuse you. Some will launch themselves from the diagonal corners of the screen, sometimes unleashing their contingents clockwise, other times, counterclockwise. 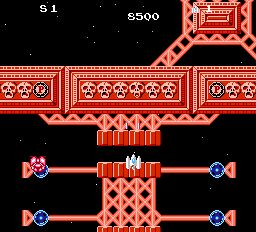 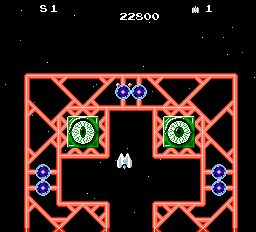 During each level, things will get quiet for a moment. Pieces of a skull will draw in slowly from the extremities of the playing field. The skull will form, and will track you with its bullets and undulating movement until you kill his undead countenance, or until he grows tired of playing with you, and launches a last ditch kamikaze attempt at taking your life.

And the eyes! The eyes come to life, and it's something to see. Their unmoving presence may disturb you almost imperceptibly as they mark the end to each level, but you'll know the reason for your uneasiness, when, in later stages they animate and attack.

Against these odds, with that pea shooter, you'll need some augmentation. Small sacks of saline will be... wait, that's not right. Small icons present themselves in the fabric of the blocky platforms. Shoot an icon embedded in a block, and release a power up. First, youll watch your thin dual shots speed up. With another power up, the thin dual shots wont be so thin, and a single rear shot will be added to your arsenal. Finally, your weapon system will consist of a five way shot: three streams ahead, and two rearward. This is the point where the new music will take over, at least until the boss appears.

STAR BRAIN presents some interesting challenges. Its a small (much larger than your craft, but small as shooter bosses go) rectangular space craft, with a brain at its centre. It fires a single bullet, and an indestructible orb, intermittently.

Its not so tough to defeat, but if you dont do the deed rather quickly, it will fly away (shades of the excruciating pain of Thunder Force V's final confrontation come rushing back). When this happens, youll be sent back to a checkpoint earlier in the same level, somewhat ashamed of your unceremonious displacement. If you stay in close (a challenge to do while simultaneously dodging), and fire rapidly (a massive challenge with no rapid fire joystick) youll likely do him in. With the dual stream weapon, that is. 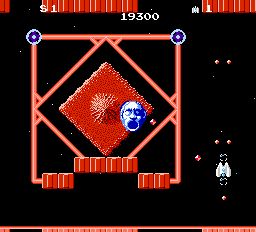 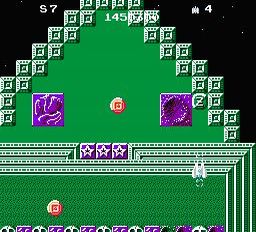 If youre lucky enough to be powered up all the way, with the five way laser, youll find it harder to fight the bosses. That's because only one stream fires directly forward, while the other two frontal guns fire at 45 degree angles, forward and to the sides. What this means to you, is that less bullets are going straight into the brain itself, and as such, there's a far greater chance of STAR BRAIN fleeing the scene.

While the unchanging STAR BRAIN is the boss for most levels, every four levels youll need to take on BIG STAR BRAIN. As the name indicates, hes like STAR BRAIN, only bigger. Hes got four pseudo-brains, and one main brain to liquefy, so you'll have a lot more shooting to do, and as there will be more orbs and bullets to avoid, a lot more dodging as well. Thankfully, the 'boss escape threshold' is a lot kinder when fighting this larger boss; Ive never had one get away.

And dont you let this game get away. This is the game that started the great Turbografx-16 vertical shooter series! If you enjoyed Super Star Soldier, Final Soldier, Soldier Blade, Star Parodier, or even Star Soldier: Vanishing Earth, youll love tracing the series to its roots. And you wont be disappointed, as is the case often when hunting down an elusive 'game that started it all.' Star Soldier stands proud, even today, even in the face of lush realism and textured sounds. Because the shooting is fierce. For this reason, hell, any shooter fan will enjoy playing. Dodging foes that chase you until they take enough hits to tame them; playing possum with said enemies by ducking under platforms as the bewildered foes circle on the gameplay layer above you This precedes Taitos Layer Section by years and years. Its all here, dammit.

Truly, only the fact that its a 'loop' game keeps its score down. Because I recognize that you might not want to play it indefinitely at one sitting, because after a Big Star Brain encounter - four levels seems to be the length of the loop - things speed up and we get a palette swap as the loop basically resets. So no, not indefinitely at one sitting. But Star Soldier undeniably has a timelessness that ensures far more sittings than one.

If you enjoyed this Star Soldier review, you're encouraged to discuss it with the author and with other members of the site's community. If you don't already have an HonestGamers account, you can sign up for one in a snap. Thank you for reading!

© 1998 - 2023 HonestGamers
None of the material contained within this site may be reproduced in any conceivable fashion without permission from the author(s) of said material. This site is not sponsored or endorsed by Nintendo, Sega, Sony, Microsoft, or any other such party. Star Soldier is a registered trademark of its copyright holder. This site makes no claim to Star Soldier, its characters, screenshots, artwork, music, or any intellectual property contained within. Opinions expressed on this site do not necessarily represent the opinion of site staff or sponsors. Staff and freelance reviews are typically written based on time spent with a retail review copy or review key for the game that is provided by its publisher.