While this is by no means universal, I do often feel games released on those classic systems of my youth either didn't age well or that I'd have enjoyed them a fair bit more if I was playing them in their era, as opposed to current times when I have so many massive, beautiful games I could be delving into on more modern systems. It usually has nothing to do with the blocky sprite graphics, oft-simplistic music or anything like that. Instead, my feelings are rooted in the simple concept that so many of those games were among the first attempts by companies to create larger, better adventures than simple arcade ports could provide.

Going back to my review of Crystalis, an action-RPG that I loved as a youth, but struggled to enjoy as an adult, my main issue was derived from the limited number of buttons on a NES controller. You had to switch between multiple swords with regularity depending on what enemies were on the screen or what obstacles needed to be broken. And to do so, you had to go to the menu screen and manually switch swords over and over again. Today, any adventure worth its salt has some sort of quick-switch option where a task like that can be done near-instantly because modern controllers have enough buttons, sticks and pads to allow a person to do all sorts of things without needing to call up a sub-screen.

While never released in America, Radia Senki reminded me a lot of Crystalis in that it's a really good game that delivers a fun adventure with more plot than the average eight-bit offeringbut is marred by one aspect that companies would get better and better at implementing as gaming technology improved system by system. This is a game that could be described as comparable to a Crystalis or Legend of Zelda except for how you'll have a party that, for most of the game, consists of either four or five members. When you get into a battle, your group and the enemy mobs will be on the screen, with you controlling the main character and the computer in charge of everyone else. 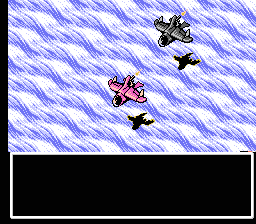 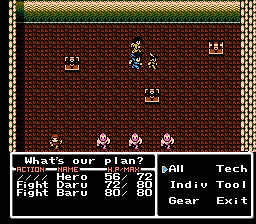 While you do have a few options to direct your party members, they will be moving around the screen independently. And it seems that fights start with you in the middle, if not behind, your allies -- meaning you'll have to negotiate your way around them to actually get to whatever spider or soldier that you're out to slay. And this can get frustrating at times. You'll be making a beeline towards an enemy and one of your allies will step in front of you, forcing you to move around them. You'll be watching in disbelief as a less-than-durable mage-type gets utterly brutalized because the concept of staying far out of melee range is something they're incapable of understanding.

For large stretches of the game, this is primarily annoying because you're a far better controller of warriors than the computer. You can walk up to foes and strike at them repeatedly and quickly, while your allies tend to meander around and attack slowly enough it almost feels like they're operating under turn-based rules. This leads to battles often dragging on longer than necessary, while also putting you in situations where you'll have to expend a few healing items or spells to make up for the extra damage done to your teammates while you're trying to get into position to strike a killing blow. But at other times, you'll be in caves or building that have narrow hallways. In this case, things can get infuriating. You'll legitimately feel your blood boiling because allies are between you and monsters and there's no room to sneak around them, giving you two options: either impotently wait or go to a sub-screen to make someone cast one of your limited allotment of spells in the hopes that'll end the fight.

Man, and Tecmo was so close to achieving greatness with Radia Senki, too. It was an ambitious game that strove to deliver a fun adventure with a quality (for the time) story. While your main character is one-dimensional, only personably able to hack-and-slash, that is by design, as you'll be the one using items and determining when and if his allies cast spells. There's a reasonable variety of locations to explore and the difficulty fits neatly into the "challenging, but not too hard" zone that so many Famicom/Nintendo games overshot to ensure there will always be justification for the existence of the "Nintendo Hard" trope.

Speaking of tropes, you'll control one of role-playing's most enduring -- THE AMNESIAC HERO! You'll wake up in some field in the middle of nowhere and after one of those misunderstanding-induced fights with an ally, you'll team up with him to do something about monsters, missing princesses and forces of evil. As for the latter, it's the sort of alliance that spells bad news for most people. That missing princess was removed from power by her ambitious brother, Gadiss, who quickly teamed up with Nova, a wizard who coincidentally has established himself as the main power in another country. Those two and their subordinates are using their power and authority to search the world for mystical artifacts so they can open a gate in hopes of acquiring untold power. 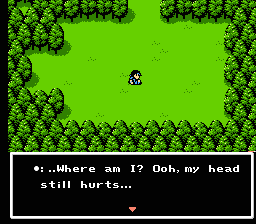 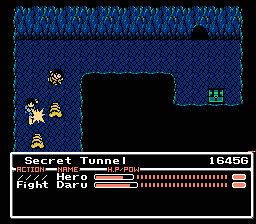 So you'll try to get to the bottom of things, obtain a few more allies, deal with the occasional betrayal and put an end to one lesser baddie after the next, always seeming to be one step behind Gadiss and Nova. It might not be the most original tale, but as far as eight-bit games go, it's done quite well. There are a few twists and turns and even if the stuff near the end didn't really make that much sense, it was a fun ride to get there. Things seemed to move by quickly, as the main plot was supplemented by how the regions you visit have their own stories. One city was turned to ice by magic, so you'll have to find a way to re-establish normalcy. In another area, you'll have to oust a villain impersonating the local lord.

Radia Senki winds up holding a place in my heart comparable to many other retro games. I might get annoyed by an issue or two and things might not have necessarily aged well, but I still got more enjoyment than exasperation from my time playing it. I've said this before and I'll probably say it again in a future review, but it's a shame this game was never localized because it's high-quality enough that there's at least a reasonable chance that an enhanced remake would have hit the market at some point in time.

And with one of those, this good game could have truly reached its potential. A way would have been devised to ensure you're not regularly being impeded by allies in battle and, as a result, my stream of complaints would dry to a trickle. Radia Senki is a quality game, but it's also a reminder that technology needed to advance and designers needed more time and experience to turn intriguing and ambitious projects into true greatness.
3.5/5

If you enjoyed this Radia Senki: Reimei Hen review, you're encouraged to discuss it with the author and with other members of the site's community. If you don't already have an HonestGamers account, you can sign up for one in a snap. Thank you for reading!

© 1998-2020 HonestGamers
None of the material contained within this site may be reproduced in any conceivable fashion without permission from the author(s) of said material. This site is not sponsored or endorsed by Nintendo, Sega, Sony, Microsoft, or any other such party. Radia Senki: Reimei Hen is a registered trademark of its copyright holder. This site makes no claim to Radia Senki: Reimei Hen, its characters, screenshots, artwork, music, or any intellectual property contained within. Opinions expressed on this site do not necessarily represent the opinion of site staff or sponsors. Staff and freelance reviews are typically written based on time spent with a retail review copy or review key for the game that is provided by its publisher.