As I write this review I can honestly state that this game is even worse than Golden Axe III ever attempted to be, but not as atrocious as the Ages remake of the first title. That would not be any consolation however. The Duel brims with so much blandness and horrid gameplay that you cannot help but to be pissed off while playing it.

I am not sure what SEGA was even thinking back then other than trying to cash into the fighting game craze of that time. They already had a superb fighting game with the Virtua Fighter series and even had an oddity with Sonic Fighters, but then decided to bounce into the worst idea on making a beat'em up fighting game into a one on one fighting catastrophe. 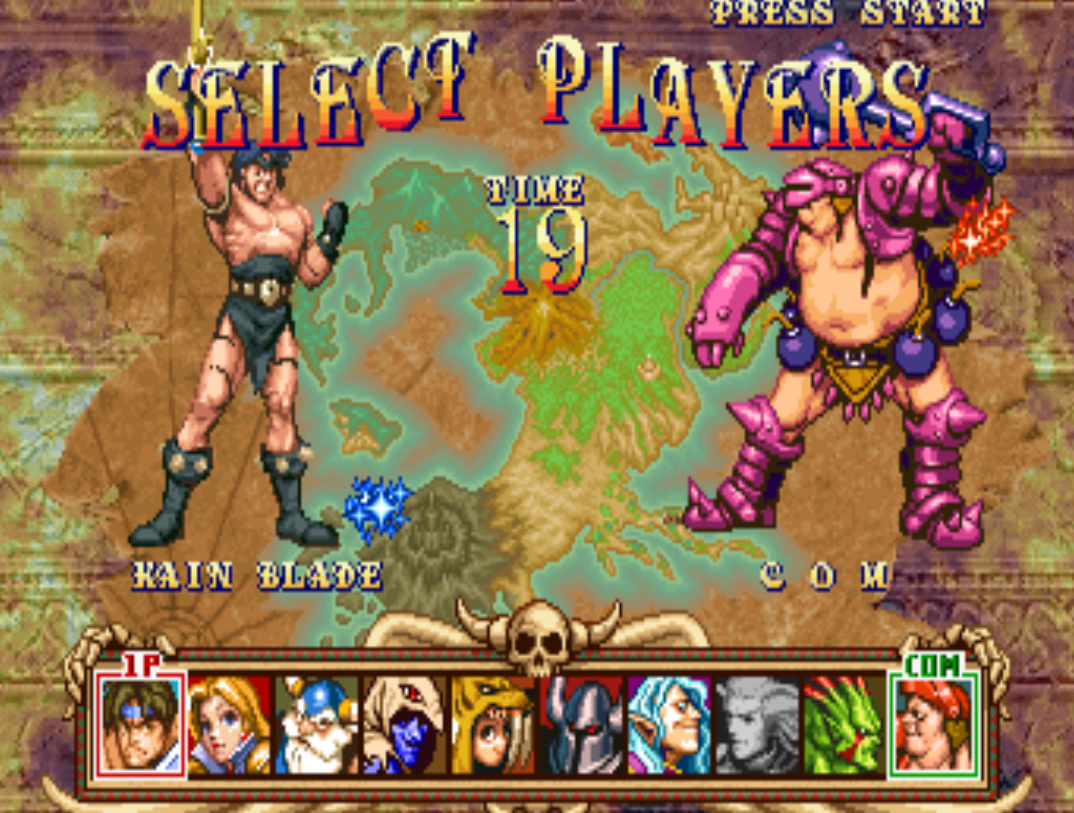 Who are these guys?

The roster of characters here is pretty uninspired, including characters that look VERY familiar to the ones in the series yet seemingly having no relation to them. Other characters are pretty generic including their lackluster names like GREEN and DOC for example. The sole character that is within the series' canon appearing here is Death Adder who is surprisingly NOT the final boss of the game. That honor goes to an "original" character named Golden Axe. Yes, the titular weapon who is pretty much the title of all the games is the one you must fight at the end. Mind. Blown.

Designs of characters and stages are not that great either, although the sprites are huge and there's scaling when moving around like in other games like Art of Fighting and Samurai Shodown. Some stages do have amazing artwork and design, but it does very little in terms of making you want to play this game. Gameplay is pretty generic with the 6 button layout and special moves. By then even a fireball shot from mid jump is pretty passé. 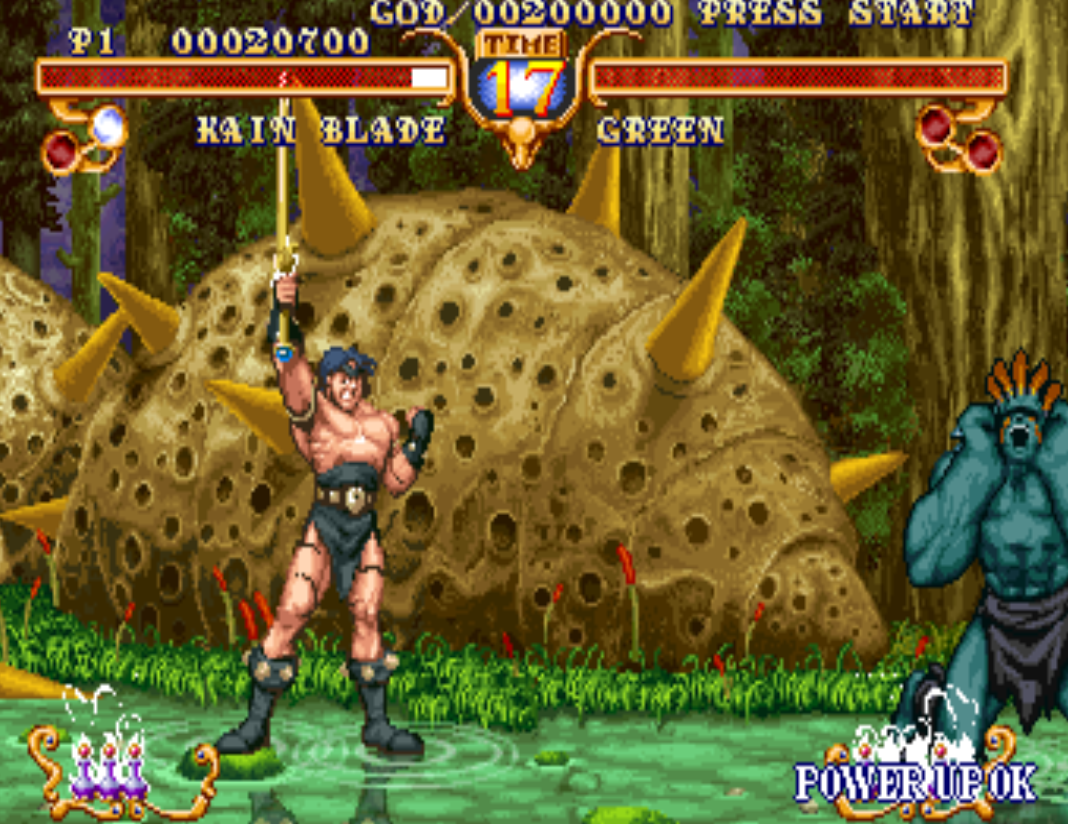 Everything here is so bland, uninspiring, and generic.

You also have a power meter that fills up whenever you knock around imps carrying sacks of magic potions, rather than filling itself up during battle as with any other fighting game. I don't get this mechanic nor understand the notion of having to hunt for bottles in order to execute a "mega" power move. SEGA probably thought that they would try to implement mechanics from their beat'em up games in any way possible that comes out pretty damn ridiculous in any case.

The AI will do its hardest to counter everything you do here. Shoot a fireball? Your opponent jumps and lands a hit guaranteed. Try to block a jumping opponent? You will be thrown away by said opponent. Pretty annoying.

There is absolutely no fun in playing this game. You may get tempted by trying it out just to see how it plays out given the change in genre, but halfway through you will just leave it and wish you hadn't wasted your time in doing so. I would not recommend it even to the hardcore Golden Axe fan, although anyone would just ignore my statement and go play it anyway. As for me, I will just go back playing the original games instead, including part III which this title has actually inspired me to play than even bothering with this lackluster game.
2/5

If you enjoyed this Golden Axe: The Duel review, you're encouraged to discuss it with the author and with other members of the site's community. If you don't already have an HonestGamers account, you can sign up for one in a snap. Thank you for reading!

© 1998-2021 HonestGamers
None of the material contained within this site may be reproduced in any conceivable fashion without permission from the author(s) of said material. This site is not sponsored or endorsed by Nintendo, Sega, Sony, Microsoft, or any other such party. Golden Axe: The Duel is a registered trademark of its copyright holder. This site makes no claim to Golden Axe: The Duel, its characters, screenshots, artwork, music, or any intellectual property contained within. Opinions expressed on this site do not necessarily represent the opinion of site staff or sponsors. Staff and freelance reviews are typically written based on time spent with a retail review copy or review key for the game that is provided by its publisher.