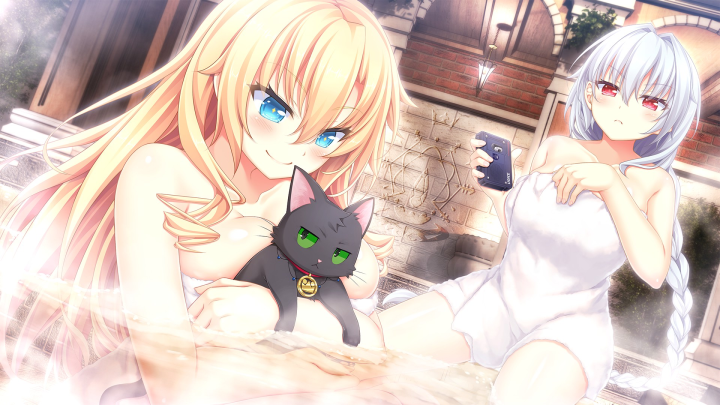 He does this, mainly, with clumsy seduction. Which massively highlights that the main difference between the two ports is that all the adult stuff happens firmly off screen for the Westernized translation. This isnt ideal for many reasons and people put off from purchasing the game had complaints stretching beyond not being able to see any of the anime boobs. These sections were still fully referenced in the surviving text, meaning there are simply holes where the plot used to be with no effort made to write around this. While the story was certainly strong enough for the game to be recommended regardless, I can understand why people would not want to purchase an incomplete product. Just as I can understand why people didnt want an eroge game with all the eroge taken out. Dont listen to Kotuku; cartoon tits never hurt anyone.

The Princess, the Stray Cat, and Matters of the Heart 2 has the exact same issue. Its most of a game rather than a complete game, and whats survived the sexual culling is a victim of this, because it remains a well told story of worth. There are scenes of a very adult nature that are still openly discussed and theres conversations openly referenced that you and your innocent Western eyes will not be privy to, but theres still enough happening around that to invest in. The second telling heavily assumes experience with the first, but jettisons the entity of the first games plot from about the halfway point, where youre expected to choose which of the four main girls youre going to focus on. Instead, it creates a whole new faction of the underworld who have come to the surface hoping to be recognised, as the legions of dead have forgotten their very existence. 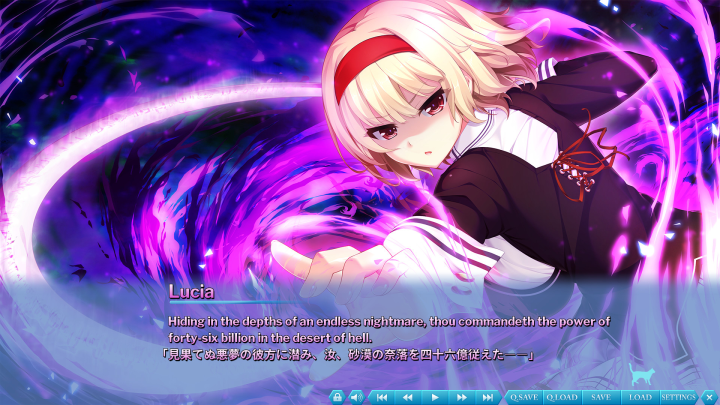 The first game let you chase after the underworlds recognised princess, a studious school prefect, a reformed drop out and a gentle caregiver. They were all good characters even if Michi will always be best girl! with often radically different storylines to progress, but were routinely upstaged by some of the side characters. Older underworld sister, Lucia, isnt as magically adept as her siblings due to her own tragic curse, so just effortlessly pummels anything she doesnt like into oblivion. Youngest sister and obvious loli-bait, Euracia, purposefully misunderstands any conversation thread to justify magical powered kicks to the groin. Childhood friend, Nobuichina, is an over-energetic bundle of bad puns, trolling and untapped fury who runs the local yakuza when shes not at school. All three of these turn in scene-stealing performances in the original game, so are rewarded by becoming the main focus of the second.

Still, returning fans of the original foursome are catered to by unlocking extra chapters that act like little follow-ups to the first games selection of endings. Which means you can spend a little more time with the thawed-out version of apocalypse-obsessed Patricia, who is noticeably less interested in destroying everything, or easily embarrassed prefect Michi who still wont cut you a break if youre a couple of minutes late for school, even if youre dating now. Its all wonderfully written, flawlessly translated and retains the entire cast of the originals brilliant Japanese voice cast. Its just unapologetically incomplete. Its hard to get fully behind that.
3/5

If you enjoyed this The Princess, the Stray Cat, and Matters of the Heart 2 review, you're encouraged to discuss it with the author and with other members of the site's community. If you don't already have an HonestGamers account, you can sign up for one in a snap. Thank you for reading!

© 1998-2020 HonestGamers
None of the material contained within this site may be reproduced in any conceivable fashion without permission from the author(s) of said material. This site is not sponsored or endorsed by Nintendo, Sega, Sony, Microsoft, or any other such party. The Princess, the Stray Cat, and Matters of the Heart 2 is a registered trademark of its copyright holder. This site makes no claim to The Princess, the Stray Cat, and Matters of the Heart 2, its characters, screenshots, artwork, music, or any intellectual property contained within. Opinions expressed on this site do not necessarily represent the opinion of site staff or sponsors. Staff and freelance reviews are typically written based on time spent with a retail review copy or review key for the game that is provided by its publisher.