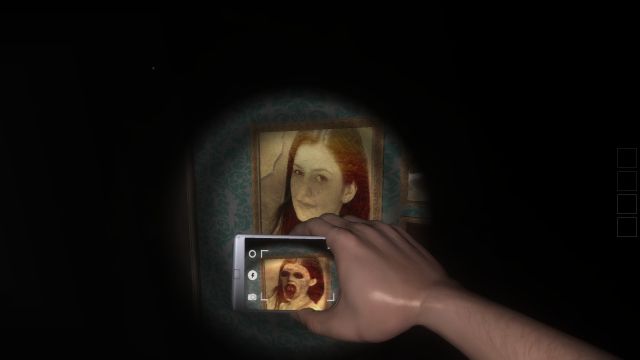 Steam has set a low bar for horror gaming. It's telling how much the genre has devolved on that platform when a game like Judas could be seen as a pleasant surprise, despite being an unoriginal, underwhelming offering. You take the role of an unnamed protagonist (presumably a slum's super) who's trapped in a living space plagued by dated scares and busywork. And yet, it's still more coherent and better polished than a fair portion of the nonsense Valve's marketplace has hosted over the years.

Most haunted house titles send you through an introductory segment where you complete a few meaningless tasks before the scares show up. More often than not, you solve a puzzle that grants you access to the bedeviled home in question. Sadly, when things pick up it's usually the same old song and dance from that sub-genre, and by that point you're already growing weary because of the slow prelude.

Judas, on the other hand, cuts to the chase. It does offer a very brief puzzle at the beginning, but ushers you into the apartment in short order. From there, the door locks, the lights burn out and your average ghostly phenomena occurs all over the place. At one point, you aim your smart phone's camera at some pictures on the wall, and their images appear on your device in demonic form. It isn't long before a ghost appears out of nowhere and grabs you, only to vanish. Other dead figures also manifest throughout the residence, hoping to give you a little jump. 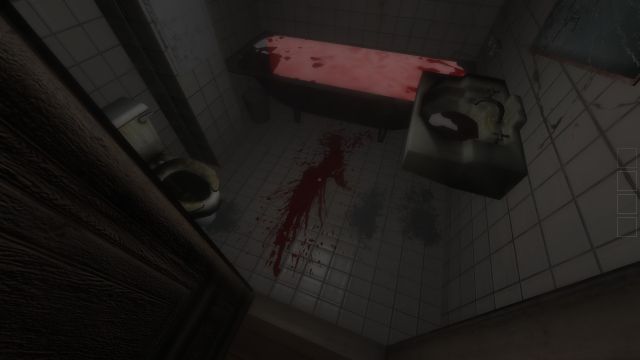 So yeah, it's another day at the possessed office. Haunted houses are passe these days, mostly thanks to the overabundance of games identical to this one. By this point, developers should either expand upon the concept or tackle a less frequently explored sub-genre. It doesn't help that most of the scares on offer here consist of trite old jumps and standard spooky imagery. For instance, you may spy an apparition walking through the kitchen or find yourself temporarily in the clutches of the main antagonist, who's really just a garden variety, pissed off male phantasm.

The experience eventually grows both confusing and chorelike. After the initial frights, you end up in a kitchen without any clear objectives. You rummage around for a bit, moving random objects until something sticks. Soon, you learn that you must scour the two rooms you've currently accessed for pieces of a photograph. Joy...

Meanwhile, an old-timey radio plays random, eerie sound effects all over the apartment. I guess this is an attempt to add atmosphere to your tedious searching, but it only further cheapens this product. Instead of rummaging through a ghosted flat, it now feels like you're completing a fetch quest inside a dilapidated Halloween store. Thankfully, the latter parts of the campaign drops the cheesy noises, but replaces them with disembodied whispers. 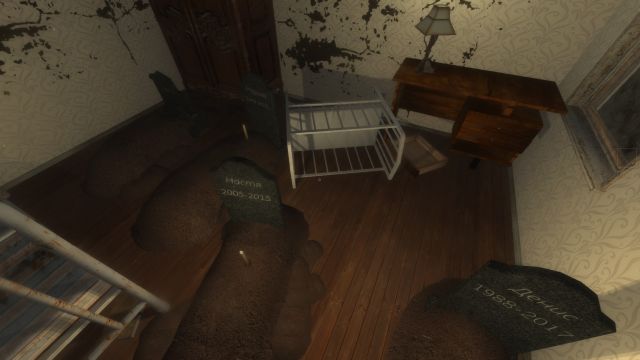 All of your work rewards you with access to a bathroom, where you receive a much worse puzzle to solve. You're now locked in the loo with only sparse clues to guide you, and only folks who cut their teeth on Myst will be able to get this one without a walkthrough. Loose tiles lie all over the room, but they don't stand out from the rest. You can only locate them by hovering your cursor over each individual square until the game gives you an "interaction" prompt. From there, you remove each plate and reveal pieces of a code. By this point, any fear you might've felt should've dissipated thanks this irritating, menial task.

At last, you enter the bedroom and you pretty much have to guess your way through the next sequence of events. It's not clear whether you need to interact with objects in your vicinity or just wait in place, but things eventually do get moving when a phone rings. The action culminates in a cutscene and a sloppy QTE that's sure to get your blood boiling. Without giving too much away, you need to reach for a weapon resting on a bed, with an icon instructing you to press the Left Mouse Button. Sadly, that button alone does nothing, even if you click like mad. Ultimately, you end up suffering a grisly fate and restarting from the moment you first entered the bedroom.

As it turns out, you need to move the mouse while pressing the button, though it's not clear which direction you must move it. I only solved this by moving my hand back and forth and clicking repeatedly. This was after dying several times and having to replay the same dull section each time. 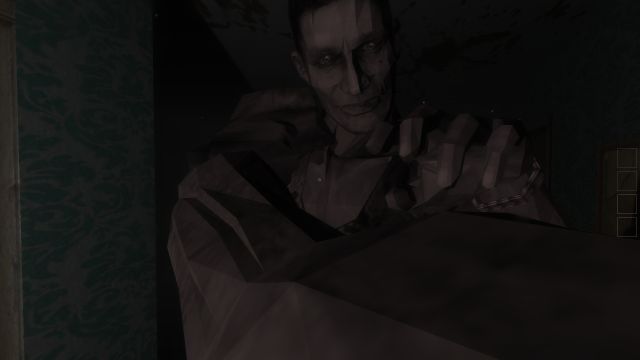 If you've been following the story up to this point, then you should already know why the abode is haunted. Between glimpses of a ghostly child running around the place and scrawled notes mentioning a deranged father, it shouldn't take a CIA operative to figure out what's going on here. Yet, the game still had to spell it out for you after you complete the final task, offering one final newspaper clipping lying on the floor to give some context to all the paranormal phenomena. Thanks, Investigator Obvious!

The game's tale would've fared better with more subtlety and at least a few unconventional scares. Yeah, at a low price and a short play time you shouldn't expect brilliance. But the beauty of the horror genre is a title doesn't need to be brilliant to be worthwhile. Plenty of modern classics lifted their ideas from older tales, but reworked their devices and plot beats in a way that reinvigorated them. Nearly everything we experience these days is derivative to a degree, so it's really not fair to criticize Judas solely for its lack of originality. However, it's inability to use well-worn tropes to its advantage rather than its detriment shouldn't be overlooked.
2/5

If you enjoyed this Judas review, you're encouraged to discuss it with the author and with other members of the site's community. If you don't already have an HonestGamers account, you can sign up for one in a snap. Thank you for reading!

© 1998-2020 HonestGamers
None of the material contained within this site may be reproduced in any conceivable fashion without permission from the author(s) of said material. This site is not sponsored or endorsed by Nintendo, Sega, Sony, Microsoft, or any other such party. Judas is a registered trademark of its copyright holder. This site makes no claim to Judas, its characters, screenshots, artwork, music, or any intellectual property contained within. Opinions expressed on this site do not necessarily represent the opinion of site staff or sponsors. Staff and freelance reviews are typically written based on time spent with a retail review copy or review key for the game that is provided by its publisher.