There are a lot of things I didnt really like about Hero Must Die. Again. That name for one; Im including those game-title capital letters in spite of what it has labelled itself because a lower case letter after a full stop hurts my delicate editor sensibilities. But thats nothing! Billed as an anti-RPG, Hero is the inventive tale of what might happen to someone after theyve beaten the endgame boss and saved the world. In this scenario, they die from their wounds, but get resurrected by a grateful god to get their affairs in order. Theres a few drawbacks to this benevolence, however; this grace period only extends to five days before literal game over. Even so, ignoring death is no easy undertaking and, while the hero will start off in all his overpowered glory, the longer into his reprieve he goes, the weaker he becomes. Hell forget spells, see his stats plummet and no longer be strong enough to use his epic armour or overkill sword. Hell go from one-hit-killing more or less any cannonfodder stupid enough to stray into his path to becoming a light snack for roaming monsters.

For the most part (see this bit here? Its foreshadowing!), the way this is pulled off is really well executed. Especially in the early going of the game, time management is both crushingly critical and frustratingly difficult. Everything you do takes time; oft-ignored irrelevances like traveling to different locations aren't executed off screen, but contributes a sobering slice of your remaining life force. Want to leave the starting town and travel to the next? That will cost you 10 hours. To begin with, you can circumvent that by abusing a warp spell which takes you to any of the games three hubs. Just as you start to rely on it to save yourself precious time, the hero unexpectedly weakens and can no longer cast a spell of that power. 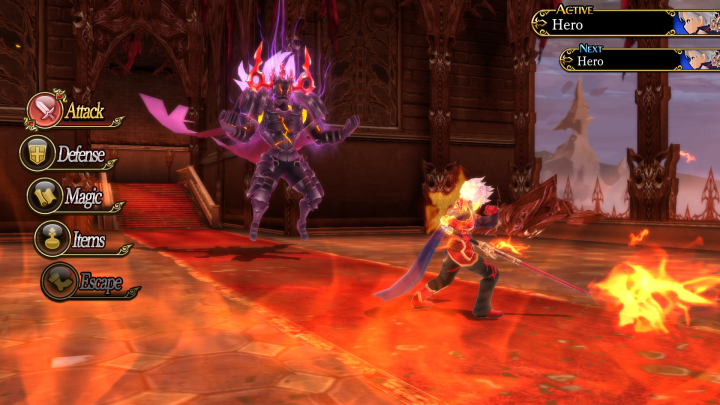 Looking after a deteriorating hero soon becomes a priority. Even in his prime, he cant just endlessly gallivant around, taking a ten hour hike and then forging into a dungeon without break. Push him too hard, and hell fall into various states of unrest, ranging from tired to exhausted, which destroy his overall usefulness. Ideally, you need to make strategic use of the inns that each hub town boasts, but a restful stay there will cost you a whopping six hours. Theres a constant war between how much time you have left to balance out with keeping the hero in a decent enough shape to be of worth. As his health starts to plummet, his armour might become too heavy for him to bear; do you continue to make him explore dungeons overburdened by an exhaustive weight that has the games best defensive stats, or do you downgrade to something lighter but less impressive in an attempt to keep him mobile?

In a lot of ways, its a very unique and interesting dynamic. There are various side quests to undertake that allow you to collect a haremtravelling party composed of feisty female warriors, who youre forced to lean on more and more as time ticks away. But the longer it takes you to recruit them, the less likely you are to succeed. It doesnt take long for those five days to come to a close and, exactly as advertised, this is when the hero keels over dead, regardless of where he is or what hes doing. Youre then fast-tracked to his funeral, where the people youve helped along the way offer heartfelt eulogies (or bitter rants if you failed them miserably), the game tracks how many people bothered to turn up and  my favourite stat-- how many are grief-stricken enough to cry. Theres a brief overview on how the country fares after your passing and what kind of difference youve made to its development. But youre too busy being dead to notice. Thats it. Game over. Except its not.

The existence of a New Game + mode should come as no surprise; the entire premise of the game is to replay it over and over, slowly chipping away at all the things that need doing. Every death means a soft reboot of sorts; things change but theyre also exactly the same. And theres the problem; the vast majority of the quests you need to undertake mean going through the games small collection of dungeons, which never fundamentally change. Stacking up New Game + runs means I got better at managing my time, or I could prioritise the important things to tackle at full strength, but it still means running the same crawls populated by the same pallet swapped monsters over and over again. The biggest problem Hero Must Die. Again has is that, by design, it has to be relatively short and linear because you have to be able to get through so much in so little time. But then, to rack up everything you need to do, you find yourself re-treading the same ground over and over. Maybe you have slightly different motivation or your line up is slightly different, but its the same underground mining complex or the same crumbling castle or the same forest labyrinth youve previously gutted. 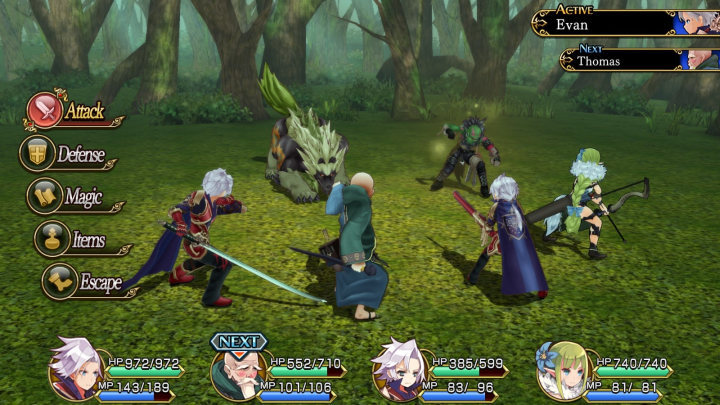 And so, I stopped playing. For longer than I should have, according to the guy who runs this website and pesters me ruthlessly about the availability of this review. I took some time away, did some other things and played some other games. But little thoughts about Hero stuck in my mind stubbornly. I wondered about if I did certain things differently and what the outcome could be. Exploring Hero Must Die. Again doesnt so much as grow on you; rather, it festers. Like a fungal growth. Taking a little time away didnt stop dungeon delves from being unsatisfying and repetitive, but watching more of the game open up and figuring out the next step of the puzzle is mildly addictive. The game does try and make things easier on you; beat a girls main questline once, and future playthroughs often offer an abridged version. Sultry elven archers initially demand you slog through the abandoned castle of the great evil, scrubbing it clean in your search for a mystical artefact required to save her forest. Later quests have you searching her woodland home instead. Holy priestesses want your help rebuilding a great cathedral reduced to rubble in the Great War you ended, but they require massive amounts of gold; more than you can probably accumulate in one sitting. So chip away at it in the background over several.

The game rarely tells you what you have to do, making you figure it all out on the fly. Youre given one true direction before being yanked from the grave and lobbed back to the world of the living; find your lost love. But you probably wont because all this nonsense keeps getting in the way. Each time you run out of time, and each time you watch your own funeral, a heavenly angel asks you the same thing: did you find your lost love. Each time you tell her no, she grants you five more days. The first time the hero is granted new life, the pair exchange elegant, oft overly loquacious pleasantries. Half a dozen or so revivals later, shes suppressing an eyeroll and flitting back to the heavens before she has to suffer the same deluge of questions all over again. Its little self-aware touches like that which became reason to press through the same monster slaughter runs. Looking to advance a girl and unlock more dialogue, or a new area to explore, or a new character to waste away your finite time on. So, sure, theres still a lot of things I dont like about Hero Must Die. Again, but, begrudgingly at times, I probably found even more reasons to like it then Im comfortable with.
3/5

If you enjoyed this Hero must die. Again review, you're encouraged to discuss it with the author and with other members of the site's community. If you don't already have an HonestGamers account, you can sign up for one in a snap. Thank you for reading!

© 1998-2020 HonestGamers
None of the material contained within this site may be reproduced in any conceivable fashion without permission from the author(s) of said material. This site is not sponsored or endorsed by Nintendo, Sega, Sony, Microsoft, or any other such party. Hero must die. Again is a registered trademark of its copyright holder. This site makes no claim to Hero must die. Again, its characters, screenshots, artwork, music, or any intellectual property contained within. Opinions expressed on this site do not necessarily represent the opinion of site staff or sponsors. Staff and freelance reviews are typically written based on time spent with a retail review copy or review key for the game that is provided by its publisher.