Depending on what youre looking for in your digital entertainment, 1912 Titanic Mystery might prove to be a decent time. Just so long as what youre looking for doesnt strongly revolve around the strength of hidden object puzzles in a hidden object puzzle game. I mean, thats a decently sized deterrent to any recommendation, but theres no point in trying to paper over it; the bulk of the gameplay sees you thrown into a cluttered room and asked to pick out any number of random garbage. Keyword; random. Admittedly, my time within the genre is limited, but Ive never seen so many public spaces awash with weaponry. Find ten guns hidden around the barbers shop, asks the game. Why do hairdressers need such a ridiculous amount of firearms? Are they the first people attacked by passengers who go mad at sea?

Im poking fun a little; a lot of the objects scattered around make zero contextual sense, but theyre not there to make sense  theyre there to be discovered. So, sure, theres a cactus in the Turkish baths chilling next to a lizard and a metronome, right below the socket wrench and opposite the grinning human skull. I get its easier to plop reused assets in every room and then tell the player to get on with finding them. Only, thats a bigger issue than it should be. Sometimes, this is down to poor resolution and image quality making certain objects blend in with the background, or being undefined enough to make recognition challenging. Sometimes its due to point blank awful decision making. Theres a laudable amount of environments to undertake your furious search within, but they can sometimes declare open war on your efforts. 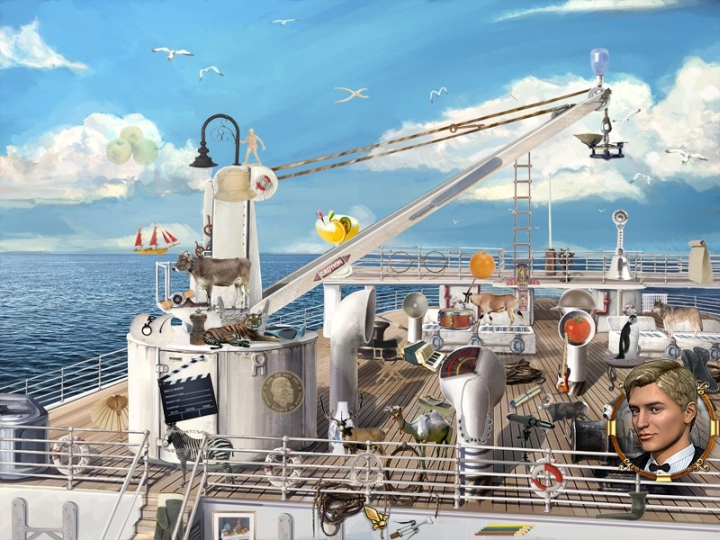 For example, your adventure takes place on a boat. One section sees you chilling outside, next to a bunch of rigging. Its a fine day, back-dropped to clear blue skies, calm waters and visual trolling. Look for some rope, says 1912 Titanic Mystery then hides the rope youre supposed to find on top of the rigging rope thats part of the background. Theres ten animals hidden  can you find them all? I can find more than bloody ten, because theres sodding seagulls in the shot, meaning I spent ages clicking on the bastard things in the belief I was being punished by the games wonky click detection rather than its preposterous choices.

What helps dial it all in is how forgiving the game is. You can turn timers off so youre never fighting a clock, and theres an obligatory hint counter than you can always keep topped up by finding life preservers in each picture. Completing certain stages also leads you into mini puzzles games, which claw back some credibility by not having a sliding tile puzzle, but also for presenting the option of skipping over such a trial if youve been struggling with it for a while. Its little touches like that that make 1912 Titanic Mysterys fundamental flaws hurt so much, because it does so much right. For example, youre not actually on the original Titanic, but are aboard the Titanic II, a modern day craft made to resemble the original without the crushing lack of lifeboats or Billy Zane hurling Irish children overboard to cull his bloodlust. As such, the new crew are always showing up to regale you with interesting facts on the original ship whether you like it or not. 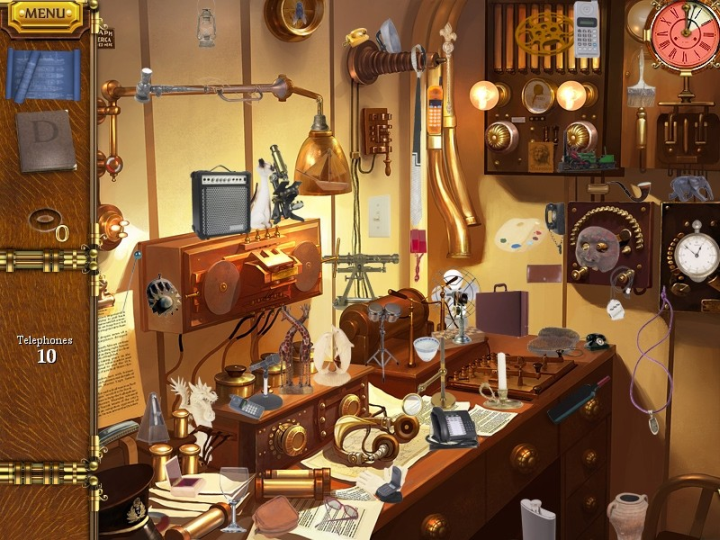 The main reason youre searching through rooms filled with garbage is to hunt for diary pages of a woman who sailed on the original voyage. The reason youre doing this is that you received a letter upon boarding Titanic II: Titanic Harder telling you that theres a bomb on board and that if you want to find it, youll do the bidding of its mysterious author. The mystery, then, is figuring out who that nefarious neer-do-well is, then finding and defusing the bomb. But the star of the show is the diary entries themselves, telling a well told tale of a lower class passengers attempts to start a new life with their young son in the promised lands of the Americas. I mean, hidden object games are pretty far removed from my genre of choice, but I kept muddling through mainly because the diary managed to hold my interest. The main mystery itself isnt without merit, but is pretty clumsy; youre constantly being mocked by someone who leaves notes that are delivered to you by crewmember who use it as an excuse to offer an unsolicited history lesson, then youre told to find a parrot, a bowling ball and some cheese, otherwise youll be blown up.

1912 Titanic Mystery should be commended for the things it does right; things that often drag you through issues that ultimately damage its core appeal. Spotting objects in this hidden object game is often harder than it should be. It should be easy. Like, for example, spotting a content-sized slab of ice and not steaming a ship directly into it. I was going to fit that analogy in somewhere; might as well do it at the end.
2/5

If you enjoyed this 1912 Titanic Mystery review, you're encouraged to discuss it with the author and with other members of the site's community. If you don't already have an HonestGamers account, you can sign up for one in a snap. Thank you for reading!

© 1998-2020 HonestGamers
None of the material contained within this site may be reproduced in any conceivable fashion without permission from the author(s) of said material. This site is not sponsored or endorsed by Nintendo, Sega, Sony, Microsoft, or any other such party. 1912 Titanic Mystery is a registered trademark of its copyright holder. This site makes no claim to 1912 Titanic Mystery, its characters, screenshots, artwork, music, or any intellectual property contained within. Opinions expressed on this site do not necessarily represent the opinion of site staff or sponsors. Staff and freelance reviews are typically written based on time spent with a retail review copy or review key for the game that is provided by its publisher.