Maybe the hardest bit of this review will be trying to explain what Lair of the Clockwork God actually is, at least in a compact, competent manner. So I guess Ill try and get that out of the way early. Its a pixel-drawn point & click that openly wants to have existed back in the 90s adventure game boom, though, at the same time, its also a modern-day indie platformer that wants to be both a Super Meat Boy die-a-thon and a pretentious Braid warbler. It shouldnt work, but it manages to pull it off by forcing the two halves to coexist while still keeping them somewhat separated. For the most part, Dan will have to do a bit of platform chicanery until he reaches an obvious dead end, wherein Ben then takes over to try and find progression by way of mashing random items together and being really smug at his accidental success.

This bizarre hybrid is fuelled mainly by a light pummelling of the fourth wall, as is the style of the times. The resplendent Ben and Dan are virtual caricatures of the two lead developers behind the game, which casts Ben as a stubborn traditionalist longing for the golden days when Lucasarts were still a thing and Tim Schafer put out fully completed releases. Dans over all that noise, and desperately wants to be an indie platformer darling, waxing metaphysical about obscure symbolism while mindlessly collecting all the shiny objects that make a bing sound. Theyre up for making fun of each others contrasting preferences. Or indeed, their own. Or just each other. Or just about anything else. 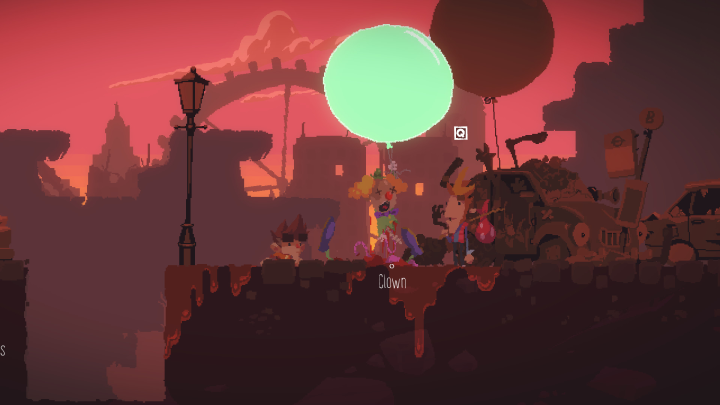 While a lot of Lairs humour is to be found in the borderline obsolete practises of retro adventuring or the oft-ostentatious overtones of todays self-important indie scene, it paints its targets for mockery with liberal brushstrokes. For example, its quite happy to make its opening stages revolve around trying to find a cure for cancer because it knows that bad games will always get good press while weaker-willed critics are scared to put the boot in lest they be seen as attacking the message rather than the product. But rather than get hung up on some grandiose podium, itll then make a series of events based around a refusal to urinate in public, or how best to use the noxious fumes of a rotting corpse to complete another one of those so passé switch-flipping puzzles.

Humour is a subjective little bastard, but Im not afraid to say that the game had me the moment it took sliding tile puzzles to task (I hate them with the eternal fury of a million desert suns!). The gags and one liners are so frequent, though, its unlikely youll not find anything to appreciate during its ten or so hour lifespan. Perhaps its biggest selling point as well as its biggest detriment is just how meta-based some of the puzzle solutions can be. Maybe youll be like Ben and grumble about every instance of bending the genre back on itself in order to find unexpected results. I just thought a lot of it was bloody clever. 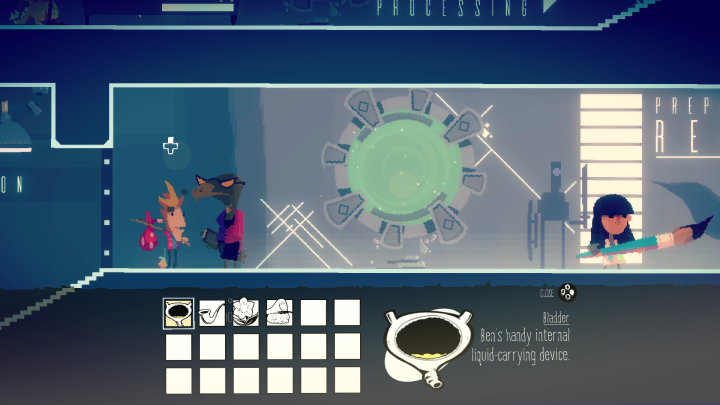 But Im not in the habit of dropping puzzle solutions and spoilers when I can hide my ravenous need to write less behind a dense wall of dishonest professionalism. Suffice to say, some solutions are very self-aware and require you to stop thinking in-game and have a go at thinking outside it. In doing so it manages to poke fun at targets as widespread as in game purchases and the gracelessness of growing old, but, being a game written in Britain, it never strays that far away from a wank joke or seven.

Perhaps thats the best way of trying to describe what Lair of the Clockwork God is; its not comfortable being any one thing for particularly long. It wants to linger in what it considers its glory days, but forces itself to stumble into relevancy begrudgingly, and finds a lot of ways to poke fun at that. Maybe theres more beneath the surface; maybe its more about the choices you make as the world moves on with or without you. You can stubbornly cling to what used to work and belittle even the slightest deviation as nonsense, or you can brave a changing world maddeningly refusing to revolve around you. Dan would commend that, praise my ability to see the subtle significance hidden in plain sight. Ben would suggest Ive spent too much time around pretentious indie fare and to get a sodding move on with glueing that pickle jar to a badger.
4.5/5

If you enjoyed this Lair of the Clockwork God review, you're encouraged to discuss it with the author and with other members of the site's community. If you don't already have an HonestGamers account, you can sign up for one in a snap. Thank you for reading!

© 1998-2020 HonestGamers
None of the material contained within this site may be reproduced in any conceivable fashion without permission from the author(s) of said material. This site is not sponsored or endorsed by Nintendo, Sega, Sony, Microsoft, or any other such party. Lair of the Clockwork God is a registered trademark of its copyright holder. This site makes no claim to Lair of the Clockwork God, its characters, screenshots, artwork, music, or any intellectual property contained within. Opinions expressed on this site do not necessarily represent the opinion of site staff or sponsors. Staff and freelance reviews are typically written based on time spent with a retail review copy or review key for the game that is provided by its publisher.