Mask of Truth has a hell of a job to do. Not only has it got to find a way to wrap up the previous title, Mask of Deception, but also tie up all the once resolved threads of the original Utawarerumono that have been significantly loosened. Its the kind of ambition weve seen crash and burn numerous times across all media; trying to find a satisfying conclusion to hours and hours of patient build. Mask of Deception wasnt shy about how it was more or less one big lesson in world building done right in order for Truth to drive things home. It does that. It does that in spades.

Im talking around the point a little because the big twist ending of Deception shakes all the monkeys out of the tree, then asks Truth to put them back. Except now the tree has gone. And all the monkeys are on fire. I know I should absolutely discuss that, except I cant without wading full stride into deep spoiler territory. So Im going to pick at this carefully and point out that interested players should categorically play at least the previous game before attempting this one.

Yamato, then, is having its share of problems. Once a ridiculously prosperous country that knew few hardships, its now been thrust into the slow rumblings of a civil war. Theres no one big reason for all this; for the most part, the people on both sides are just trying to do what they think is right. But youre probably the rightest! Forced outside the capital into a remote corner of the country, the plot mostly follows Imperial Guardsman, Oshtor, as he and the remainder of the cast from the previous game lick their wounds and start planning a way to take their country back. Only sometimes, its more about dethroned princess, Anju, who needs to come to very quick terms with the loss of her entire family and the absolution of her rule. Theres an impostor on her throne, but she needs to accept that if she wages war to reclaim her birthright, a lot of innocent people are going to suffer. A lot of people are going to die. Its a lot to take on; she might have been bred specifically to rule, but shes still just an uncertain, mourning child underneath it all. 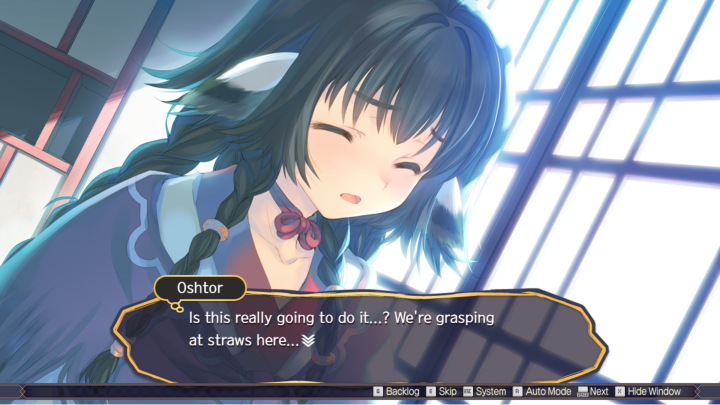 Sometimes its not about either of them. Sometimes, its not even about Yamato, but harkens back to the location of the original game, Tuskar. Kuon took a leading role in Deception, but its heavy-hitting conclusion perhaps hit her the hardest and shes returned to the country of her birth. Here, she needs to reassess the things that really matter to her; the loyalty she feels towards her friends and the plight visited upon the country she came to love. But she also has obligations to Tuskar; family shes neglected in her travels. Whatever she does and wherever she goes, shes letting someone she cares about down, forcing further hurt upon people already suffering.

Everyone in Mask of Truth is suffering. Everyone has lost something once thought irreplaceable, that Im really trying very hard not to address directly. It features a cast lifted from a previous game that you rarely saw in low spirits, and that so many of them are now a little bit broken in their own unique ways hurts. Truth starts with a cast trying to pick up the pieces, with people trying desperately to lift the more fragile of their friends with vacant smiles and empty platitudes. They poke at the embers of their world, unable to avoid the occasional wallow in self-pity or grief or guilt. And then they pick each other up. And then they chose not to accept the hand theyve been dealt. And then they fight back. 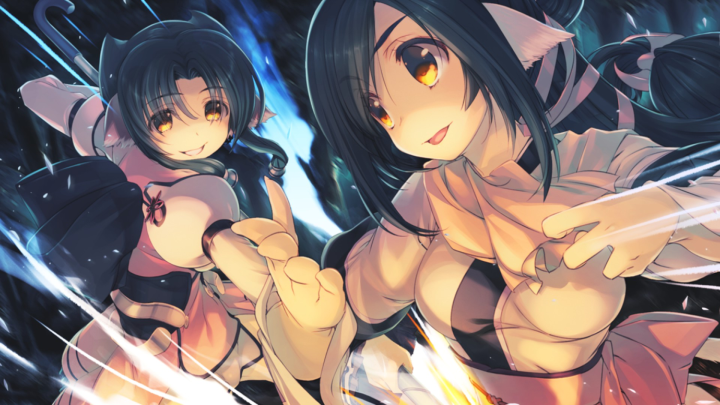 Right at the heart of things, Mask of Truth is about fighting to reclaim what youve lost and deciding what truly matters to you. Of what you might sacrifice, of what it might cost. Of the choices you make and the person you become because of it.

To accomplish that, its the biggest game of the trilogy in every imaginable way. Theres more battles to wage with better mechanics; while Deception would break up its visual novel-esque plot with occasional skirmishes, Truth wages war harder and more often. Mechanics mysteriously absent from Deception that had found their way into the console remake of the original game return here, providing co-op attacks against unfortunate targets that can stack up dual finishing manoeuvres and deal devastating one hit kills. Being able to replay old missions returns, but now theres training trials designed to highlight various skills you may well have previously ignored, like elemental bonuses, zones of control and counter attacks. Or the chance to wage war against yourself with two randomly selected teams from your ally pool. 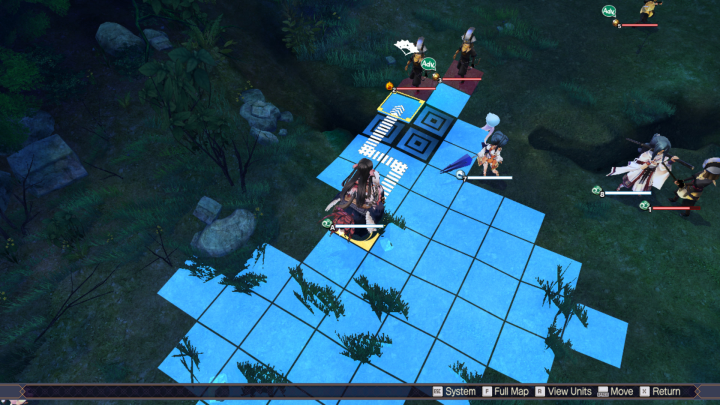 In tying everything together, Truth offers around fifty-sixty hours of content and pulls exactly no punches. The last big fight before the credits roll is massive multi-part war of attrition that will take you well over an hour to slog through. But youve made it this far, and youll see it through. Because youve seen the cast at their lowest, and youve seen them claw their lives back, but Utawaretumono isnt an abridged highlight package, and youve also seen everything in between. You know what theyre like when they get drunk, how they scrabble over seating arrangements at an informal group dinner, or who more likely to make an awful cup of tea. What you learn can be as light-hearted as figuring out whos more probable to wolf down all the snacks before anyone else gets any or as sobering as finding wholl isolate themselves in a little puddle of misery because they dont feel theyre worth enough for anyone else to save.

Play through the trilogy, and youll find yourself spending in wild excess of a hundred hours with team Utawaretumono. Mask of Truth is where it all has to come to an end, and it could have gone so wrong. Look at some of the most celebrated tales of our time, and look at how the people who bore them completely failed to end it all in a satisfactory manner. Some fared even worse; think of the disastrous conclusions of things like Game of Thrones, Star Wars or Lost. With a tale as expertly micro-managed as Utawaretumono, with a cast so painstakingly created in agonising detail, it would be nothing short of a miracle to tie everything up in a way that brings it all to an agreeable close.

Maybe thats the entire point of this series. To show you that, if you just fight hard enough, even miracles are within your reach.

If you enjoyed this Utawarerumono: Mask of Truth review, you're encouraged to discuss it with the author and with other members of the site's community. If you don't already have an HonestGamers account, you can sign up for one in a snap. Thank you for reading!

© 1998-2021 HonestGamers
None of the material contained within this site may be reproduced in any conceivable fashion without permission from the author(s) of said material. This site is not sponsored or endorsed by Nintendo, Sega, Sony, Microsoft, or any other such party. Utawarerumono: Mask of Truth is a registered trademark of its copyright holder. This site makes no claim to Utawarerumono: Mask of Truth, its characters, screenshots, artwork, music, or any intellectual property contained within. Opinions expressed on this site do not necessarily represent the opinion of site staff or sponsors. Staff and freelance reviews are typically written based on time spent with a retail review copy or review key for the game that is provided by its publisher.