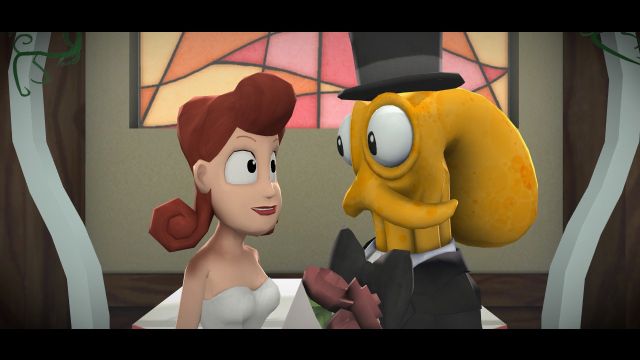 Octodad: Dadliest Catch sounds like a terrific, feel-good game. In it, you take the role of an octopus pretending to be a human, and everyone (including his family) is oblivious to the charade. During every scene, you work to maintain the con or risk discovery, even if it means putting on a tuxedo, marrying a woman, raising kids and performing everyday homeowner tasks. As you are a cephalopod, your gait isn't very human-like, and your strange behavior and wobbly jaunt can arouse suspicion if you're not careful. The formula here seems like it would add up to a comical adventure anyone would love.

But you know what? I don't particularly love it. I do appreciate the hell out of it, and maybe even love some of its content, but as a whole I'm not fully sold on the package. Yeah, I snickered plenty of times while playing, but I also swore and groaned now and then, especially when the game's unique mechanics hampered the experience rather than bolstering it.

Thankfully, the first couple of levels offer silly, carefree content that meshes perfectly with the game's awkward play control. You see, you don't maneuver the protagonist using a traditional method (such as WASD), but guide each step by moving the mouse while holding one of its buttons. Meanwhile, Octodad's "legs" don't land precisely where you want them, causing him to toddle and weave about almost drunkenly. In level one, for instance, you merely want to put on your tuxedo and walk the aisle in your own wedding. Instead, you end up knocking down a wall, wrecking the reception area, plowing through piles of gifts, then slithering over pews and attendees to reach your bride-to-be. 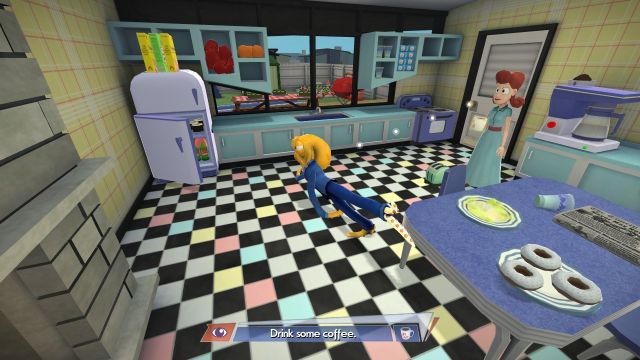 You also use the mouse to maneuver Octodad's "arms," toggling between walking and interacting functions with the Space Bar. Mouse buttons here either allow you to grab or drop objects or raise and lower your arm, letting you maneuver your arms specifically while using items. Of course, these finer arm motions also mean you can goof off as much as possible during the second stage, where you brew coffee, clean the yard and grill burgers. Or, if you're like me, you'll completely trash the kitchen, throw weeds at NPCs, toss basketballs over your fence into the street and "accidentally" pelt someone with a fully cooked burger.

Sometimes you bump into challenges that make the best of your sloppy movements. During one segment, you need to get a product out of a freezer at the supermarket, but most of the doors are frozen shut. With some observation, problem solving and fancy crawling, you slither through empty shelves to get to the goodies at the end of the row. Another segment involves dancing by stepping on lighted tiles. You accomplish this by guiding your feet onto lit parts of a grid, leading to a rather cute and comical exchange with your daughter.

But then you reach a few other sections that come off as filler or busywork. For instance, you talk to your wife while at an arcade full of ticket redemption games at one point in the proceedings. The objective here is to shower her with stuffed animals, which you win by taking part in plain mini-games, such as a basketball attraction, a toy crane, a Plinko knockoff and a game where you throw fish at stacked targets. None of these challenges are entertaining or silly, and feel like unimaginative, predictable ways to utilize the game's unique physics. 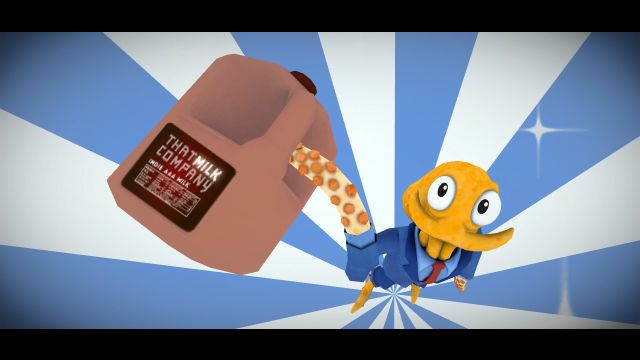 Those aren't the worst offenders, though, because they're are actually pretty doable and free of frustration. One aggravating scene involves walking up an escalator that's traveling downward. Remember that you need to manually guide every step, which means you end up holding still while taking a step. Meanwhile, the escalator carries your planted foot toward the bottom while you struggle to control the other one. More often than not, you hit the bottom after two steps. Honestly, I'm still not sure how I managed to survive that one without giving up.

You also run afoul of various examples of unresponsiveness. For instance, your arms sometimes doesn't latch onto an item when it should, or release it when you press the mouse button. This thankfully doesn't occur all that often, but it's especially annoying when you're either on a time limit or trying to prevent yourself from falling off a platform by grasping a fixture.

One of the most irritating scenes I bumped into in this respect revolved around preventing a faulty aquarium from flooding a room. To accomplish this, I used stuffed animals to plug up the holes. The only trouble is sometimes the plushies would bounce off the breaks in the glass instead of blocking them, and the timer continued running down while I failed to thwart the water. I ended up bashing animals repeatedly against the affected areas, and "died" numerous times before finally overcoming this broken segment. 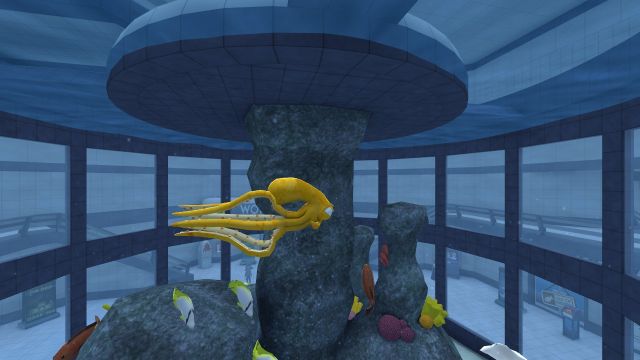 Overall, the finale represents the worst of Dadliest Catch's offerings. There, you have to run along a very tight walkway, and stepping off it results in death. Imagine that, now: maneuvering through a narrow space with wobbly play control. You don't have time to stop and carefully take each step, either, because the main antagonist is right on your tail. After that mess, you carefully amble along narrow beams and hope one doesn't break without warning. If that happens, you only have to start at the beginning of that little portion rather than doing the whole affair over again. Small favors, man...

These troublesome moments come to mind the most when thinking back on my playthrough, and I almost forget about the fun I also had. I forget about the time I had to sneak across a ship and dress like the captain, then operate a crane to smack a villainous character into the ocean. I struggle to remember scenes where I dressed as a cartoony mascot to trick scientists, then intentionally made a mess of one of their exhibits to get a certain NPC's attention. Hell, I had to Google some scenes to recall a cinematic level, where I swam away from a hungry shark and avoided spinning fans.

From a conceptual standpoint, Dadliest Catch is a neat little title. However, its execution provides players with experiences that range wildly in regards to quality. It's an easy game to love because accidentally smacking into things is hilarious, as is the fact that maybe two people in the whole world realize the protagonist isn't human. However, you'll find it difficult to maintain that adoration when you're cursing yourself hoarse while climbing a vicious obstacle course or sighing as you play basketball. If we ever see an Octodad 3, I hope it's full of zany, memorable moments and not padded out with mini-games, dragged down by occasional unresponsiveness or marred by infuriating segments that aren't a good fit for such a terrific concept.
3/5

If you enjoyed this Octodad: Dadliest Catch review, you're encouraged to discuss it with the author and with other members of the site's community. If you don't already have an HonestGamers account, you can sign up for one in a snap. Thank you for reading!

© 1998-2020 HonestGamers
None of the material contained within this site may be reproduced in any conceivable fashion without permission from the author(s) of said material. This site is not sponsored or endorsed by Nintendo, Sega, Sony, Microsoft, or any other such party. Octodad: Dadliest Catch is a registered trademark of its copyright holder. This site makes no claim to Octodad: Dadliest Catch, its characters, screenshots, artwork, music, or any intellectual property contained within. Opinions expressed on this site do not necessarily represent the opinion of site staff or sponsors. Staff and freelance reviews are typically written based on time spent with a retail review copy or review key for the game that is provided by its publisher.