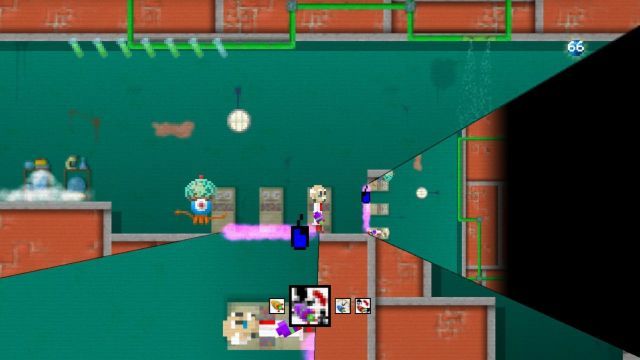 I have a hard time getting excited about Gateways, because its best qualities are so boring to discuss. No one wants to read about puzzles and tight control response, but that's what this platformer from developer Smudged Cat Games brings to the table. Here, you play as a scientist whose convoluted lab has been mysteriously overthrown and is now populated by tentacled monkey... You know, I'm not sure exactly what they are. Someone also stole the man's inventions and activated all of the facility's security measures, so now he needs to explore the vast corridors of his own domain and recover all of his gadgets.

Right off the bat, it's clear this is a "Metroidvania." You search a handful of branching pathways, looking for one that doesn't lead to a temporary dead end. Eventually, you locate an item that allows you to advance past previous roadblocks and onward to more impasses or helpful gizmos. The only difference this time around is that puzzles periodically crop up during your journey. Naturally, you need to solve them to advance. As an added bonus, each challenge allows you to pay in-game currency (blue orbs) to determine whether or not the puzzle is currently solvable. This is a fantastic addition, allowing you to move on rather than mess around with a set piece for hours before figuring out that you don't have the right tools for the job.

For an elevated price, you can also pay to automatically complete a puzzle. Of course, this adventure limits the amount of money you can collect, tucking a finite number of orbs throughout the maze. That way you can't just pay your way to victory (and besides that, the final puzzle doesn't even give you the option to auto-solve it). 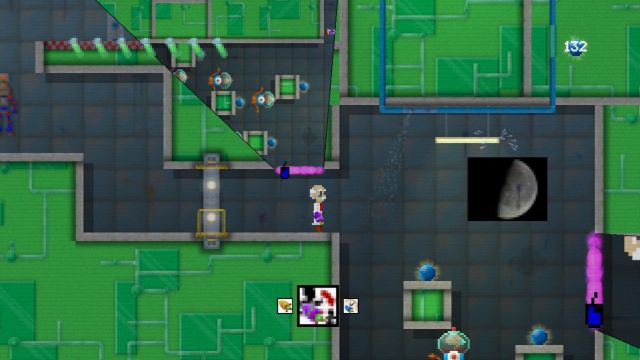 In order to finish most of the puzzles without paying to win, you'll need guns that create various portals. Yep, this game rips off Portal, in addition to Metroid. The standard portal gun appears here, allowing you to create two interlinked warp points so you can access out-of-reach areas. Look, I'm not going to BS you on this one: Gateways recycles a lot of Portal's content. However, something about revisiting Valve's hit in 2D is both charming and satisfying. For instance, a few segments require you to use the portals to build momentum. During one in particular, you fall from a lofty ledge into a portal on the floor, causing you to fly horizontally out of another hole and across a bed of broken glass. I've completed dozens of puzzles like this before, but I still felt a triumphant rush overcoming it here. Plus, I got to see it happen with retro-style sprites.

With that said, I'm not going to pretend the retro-style presentation inspires awe. Yeah, it's cool to see a Portal demake in action, but the visuals are kind of crude and cheap. I'd even go so far as to say they're dated rather than nostalgic. I'll at least give this game points for being colorful, despite the rather sterile appearance.

It also doesn't help that the overall map looks and sounds the same no matter where you tread. Typically, Metroidvanias provide you with unique sections that sport their own themes, designs, gimmicks and tones. You know, like individual levels of a standard platformer, except interconnected. For instance, a Castlevania installment might include an entry hall, a subterranean river, an alchemy lab, a clock tower and a torture chamber. Gateways's recognizable regions include a lab, a differently colored lab, another lab in a variant palette and a dark basement (that's also a lab). Outside of that shadowy place, the scenery looks just about identical, and you can't shake the impression that you're playing a very long "level one." 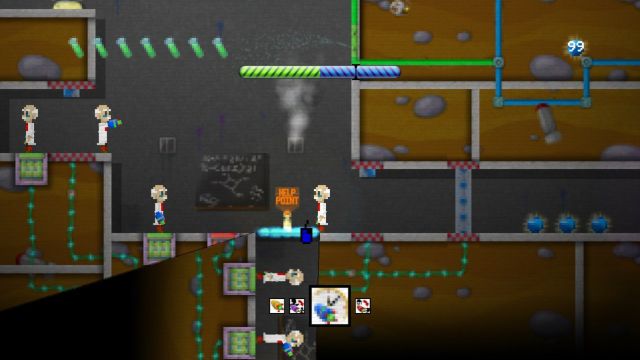 Similarly, the background music doesn't change. It's a nice little tune, to be sure, but you hear it on a constant loop and it gets old after a while.

Thankfully, the developers included a few other guns to liven things up, effectively distracting you from the drab setting. The second one you find shrinks or expands your stature, so you can either get into tight crawlspaces or hop up large flights of stairs. Another invention deals with time travel, so you can work in tandem with yourself from the past. That way the previous version of you can sit on a pressure switch to open a gate, while you charge past it and onward. Finally, the last gun allows you to walk on the wall or ceiling, effectively rotating the room. It's great to watch lengthy vertical ascents that taunted you earlier in the proceedings transform into hallways. You almost feel like you're exacting revenge by walking along them.

However, these gifts become curses near the end of the campaign, when you receive an item that allows you to utilize each gun together rather than one at a time. Before securing that prize, if you created one type of portal and switched to a different arm, the portal closed. Now, you can rotate the room, shrink yourself and visit the past. Oh, and you can hold up a mirror to reflect a laser through another portal, where one of your past clones stands waiting to shine the laser onto another surface. Meanwhile, another clone sits on an upside down pressure plate, and you need to find a way to get through the open gates without closing all of your carefully placed portals. Here's a behind-the-scenes look at me in that moment: "Damn it, I actually need to bounce the laser onto two different receptors to open the door and I don't know how I'm going to do that, plus I keep running into my own clones and resetting the sequence and AAAAAAAAHHHHHHHHHH!" 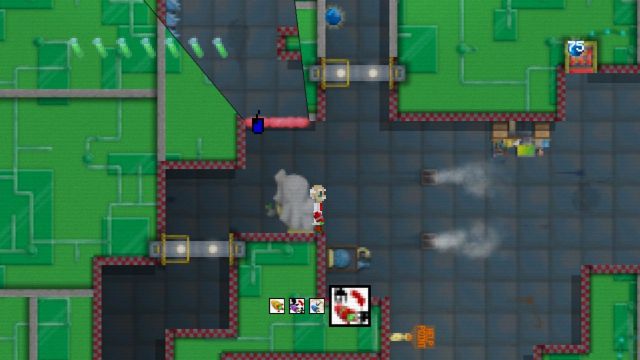 If anything kills the puzzles, it's the overwhelming, late-game challenges that become more of a chore than a pleasure. You have to juggle tons of portals and laser beams and versions of yourself, all while remembering to walk on the ceiling, shrink, grow, access a lofty ledge... It's too much. Thankfully, you'll only encounter a few segments like this.

There are other quibbles I could bring up, but they all relate to occasional frustration with the brain-bending challenges or with the lack of environmental flair. Gateways thankfully focused on its puzzle elements, and succeeded mostly for that reason. Without those clever challenges, you'd be looking at a mediocre platformer that pays homage to vastly superior adventures. Thankfully, we got a decent pathfinder title instead. It might not be the second coming of puzzle-adventures, but it's still a nice little experience that can occupy you for a generally pleasant afternoon or two.
3.5/5

If you enjoyed this Gateways review, you're encouraged to discuss it with the author and with other members of the site's community. If you don't already have an HonestGamers account, you can sign up for one in a snap. Thank you for reading!

© 1998-2020 HonestGamers
None of the material contained within this site may be reproduced in any conceivable fashion without permission from the author(s) of said material. This site is not sponsored or endorsed by Nintendo, Sega, Sony, Microsoft, or any other such party. Gateways is a registered trademark of its copyright holder. This site makes no claim to Gateways, its characters, screenshots, artwork, music, or any intellectual property contained within. Opinions expressed on this site do not necessarily represent the opinion of site staff or sponsors. Staff and freelance reviews are typically written based on time spent with a retail review copy or review key for the game that is provided by its publisher.