Chuusotsu! 1.5th Graduation: The Moving Castle isnt a starting point for the uninitiated. If I only manage to educate you ungrateful lot on anything, I honestly hope that its that. Dropping in on this title without having spent time on the previous Chuusotsu! (1st Graduation: Time After Time) is only going to leave you annoyed and confused. It unapologetically demands prior knowledge. God help me, I have that.

Back in 2018, I read through the tale of three societal rejects deemed unworthy of joining Japans workforce (because of course Japan; this is a tale centring around nanomachine-powered seals that dictate your job for life, after all). Of the three, the main focus fell on Arue, an easily-overwhelmed girl who moved from a quiet backwater village to the big city in an attempt to qualify for a belated seal and win the chance of a normal life. Instead, her quest for normalcy is hijacked with whacky shenanigans, shared (and often blamed) on her new roommates: video game protagonist in her own mind, Aruru and soft-hearted moral compass, Koiro. The three share the same goal, but find increasingly unique ways to mess things up for themselves. Though happy to diverge into goofy anime hijinks, the story is ultimately about personal growth, and coming to a time in your life when you have the choice to either conquer your childish fears or drown in them. Arues first life-changing adult decision? She wants to spend her life doodling cartoons. 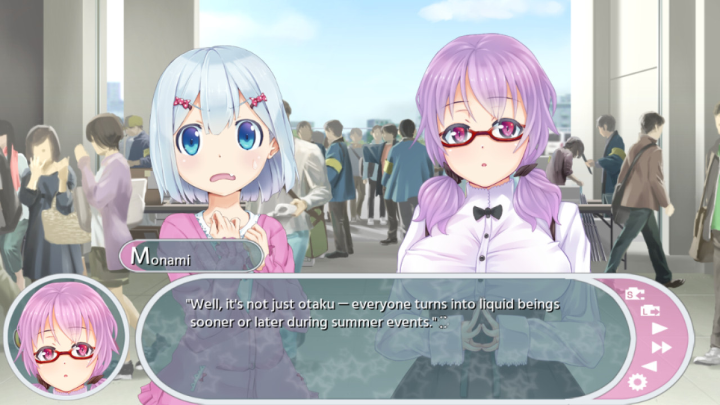 But this is Japan, and thats a viable living for a Manga artist so, one of the many threads of Time After Time is her decision to chase that dream, even with the near insurmountable obstacles working without a government approved seal would curtail. Its also the main thrust behind Moving Castle, which is less a direct sequel and more of a single episode side story.

To that end, you should cap the novel off in under three hours, which was roughly the amount of time you would have needed to see through Time After Times prologue. It is a significantly shorter read, not delving into the myriad adventures of the slacker trio, so much as it is focusing hard on Arues ongoing efforts to break into the world of Manga. With her hard work starting to pay off (highlighted by her new social media following of fourteen!), she finds herself invited to a convention where she can run a stall and try to sell her product. A convention housed in a massive flying castle for no reason at all. Because, again, Japan. 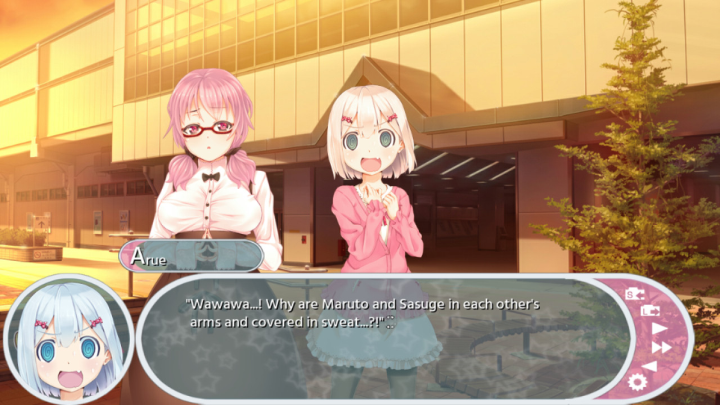 The convention itself is the tales highlight, with Arue not only struggling to sell her manga without a seal (therefore being considered the rankest of rank amateurs), but having to deal with a hectic, untameable environment. She hardly thrives within the chaos, but shows a sense of determination weaned from her earlier adventures to try and see it through. Only theres people out there producing otaku pheromones she simply cant compete with. And theres a weird guy out there really working the foot fetish angle.

Lessons are learnt, bonds are formed and everythings neatly concluded. It is what it is and, so long as prospective readers go in expecting a short(er) story designed to tide you over until the next core chapter rather than a main entry (highlighted by the 1.5 in the title rather than a 2, I suspect), then returning fans will find little to complain about. Just so long as you are a returning fan. Newcomers not welcome.
3/5

If you enjoyed this Chuusotsu! 1.5th Graduation: The Moving Castle review, you're encouraged to discuss it with the author and with other members of the site's community. If you don't already have an HonestGamers account, you can sign up for one in a snap. Thank you for reading!

© 1998-2020 HonestGamers
None of the material contained within this site may be reproduced in any conceivable fashion without permission from the author(s) of said material. This site is not sponsored or endorsed by Nintendo, Sega, Sony, Microsoft, or any other such party. Chuusotsu! 1.5th Graduation: The Moving Castle is a registered trademark of its copyright holder. This site makes no claim to Chuusotsu! 1.5th Graduation: The Moving Castle, its characters, screenshots, artwork, music, or any intellectual property contained within. Opinions expressed on this site do not necessarily represent the opinion of site staff or sponsors. Staff and freelance reviews are typically written based on time spent with a retail review copy or review key for the game that is provided by its publisher.