Parasite Eve is the sequel to the Japanese horror novel of the same name and placing years after its events. You play the role of NYPD Detective Aya Brea, battling through chaos within New York after a mysterious maddened woman named Eve began attacking humanity, making anyone within her reach fall victim to human combustion in an attempt to replace humans with her own species by altering mitochondria within the human body. 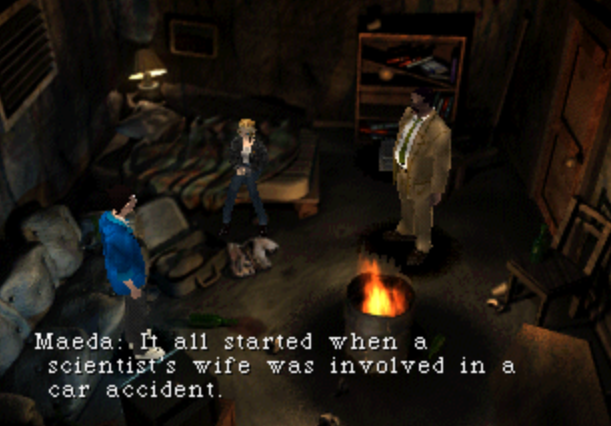 The game reveals horrific events from the novel

The JRPG has a different approach to gameplay than most games of its type, first being one that takes place in contemporary times and setting than a fantasy world, and the fact that it uses guns, rifles, and body armor to arm and defend the protagonist. Aya can also call upon her mitochondria power to invoke various offense and defensive incantations in lieu of magic. The game pretty much follows the footsteps from Earthbound for the SNES in that regard. The difference is that instead of a traditional RPG battle, everything occurs in real time, having a meter filling up in order to allow you to do an action while the enemy is active, attacking you all the while. Once the meter is filled up you can either attack the enemy or heal yourself. Escaping is pretty difficult to do once you engage a random encounter. 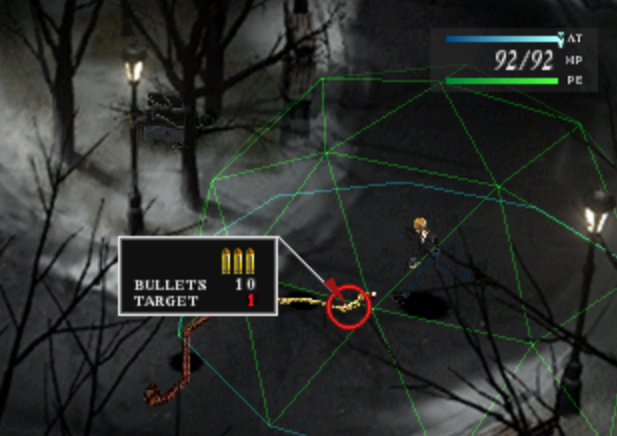 One thing to make note of is that Aya uses bullets as her main source of defense against enemies and that you should keep an eye of said bullets being spent, making sure to have extra clips to continue defending yourself. Aya's attacks can also be halted once she needs to reload her weapons, so you have to be on the offense as well as in the defensive when treading through. Crates often offer clips and healing items, but at times they just give out junk. You could either discard it or offer it up to the weapons expert at the police station, who could mix it up for a weapon that you could use. At times there's also tools laying about to offer him and maximize your weapon's potential, updating it for better efficiency. 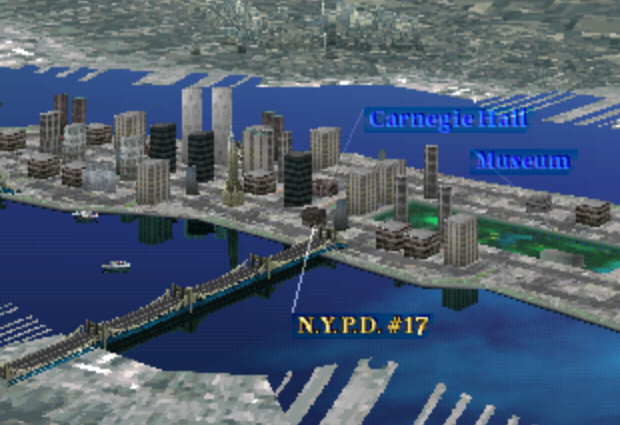 Parasite Eve offers quite the visuals along with an intriguing, atmospheric track which immerses you into its sci-fi horror opus. It plays just like a book on which you cannot help but to turn the page once you read a chapter. Always something incredible to discover as the story unfolds before your eyes. Characters are also dramatic and full of personality, something that adds up the fact that the setting is based in an American city rather than in Japan, this pretty much helps on getting a bit more acquainted with the game for the American audience. You could have an argument with not being able to skip some cutscenes, but chances are you would enjoy them again if you played the game anew. 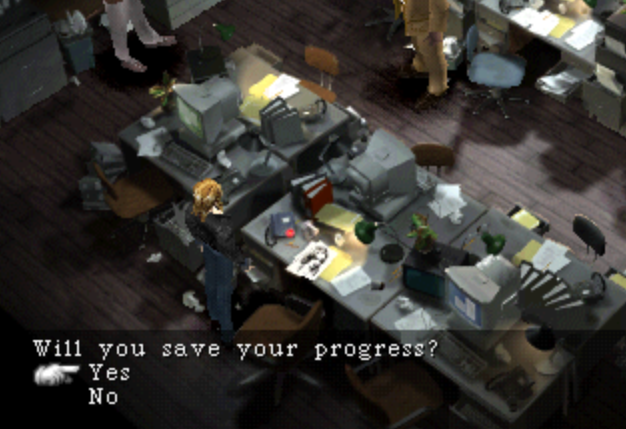 There's not much to complain otherwise, other than whenever you need to backtrack an enemy spot will always have said monsters re-spawn for you to confront. You have very limited item storage to keep necessary items and weapons, which can be a definite factor on your survival. Although Aya can heal herself as well as able to cast defensive actions, the usage of her energy points are pretty high, often leaving you with a decision of whether heal or take an offensive approach. Being ready is always the optimal solution for when you need to go back into the last save spot to record your progress and regroup to heal up and then continue your quest. 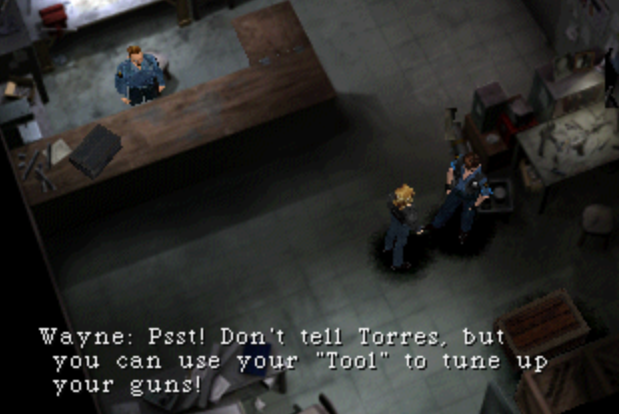 Tuning up weapons to perform better in combat

In conclusion, Parasite Eve is a fine stand-alone title which sets away from all other Square-Enix works at the time. One which gratifies the hunger for the RPG enthusiasts and which adds a familiar flavor with its westernized setting. All of this while adding scientific seasoning to convert it into the most delicious soup for the gamers soul. A must have for avid collectors and fans of the genre.
4.5/5

If you enjoyed this Parasite Eve review, you're encouraged to discuss it with the author and with other members of the site's community. If you don't already have an HonestGamers account, you can sign up for one in a snap. Thank you for reading!

© 1998-2020 HonestGamers
None of the material contained within this site may be reproduced in any conceivable fashion without permission from the author(s) of said material. This site is not sponsored or endorsed by Nintendo, Sega, Sony, Microsoft, or any other such party. Parasite Eve is a registered trademark of its copyright holder. This site makes no claim to Parasite Eve, its characters, screenshots, artwork, music, or any intellectual property contained within. Opinions expressed on this site do not necessarily represent the opinion of site staff or sponsors. Staff and freelance reviews are typically written based on time spent with a retail review copy or review key for the game that is provided by its publisher.