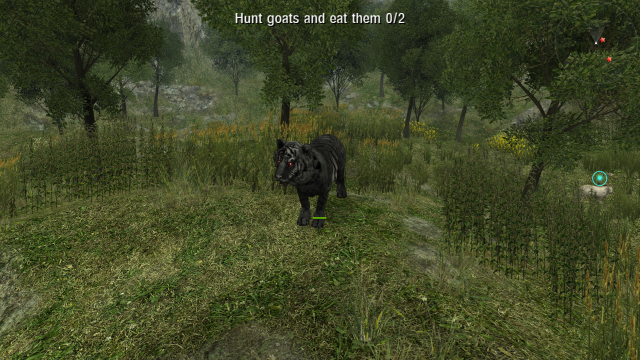 Life of Black Tiger revives age-old memories of the year 2000. In particular, it calls to mind unboxing a PlayStation 2 and checking out one of the dozen or so disappointing launch titles from that time. Back then, you thought you were paying top dollar for cutting edge software. Instead, you ended up with a product that was stuck somewhere between generations, complete with nearly updated visuals and antiquated mechanics. Black Tiger captures that essence and then some, offering early PS2-like presentation and gameplay that harks back to late '90s bargain bins. And this is a 2017 PlayStation 4 release, no less!

The campaign plays out in predictably shallow fashion, where the titular tiger offers brief narration before killing and eating animals. The beginning of each stage comes off as something akin to a mindless Twitter or Facebook post, except from the feline's perspective. It's always something like:

"Ugh, the wolves are back again. I guess I'll have to deal with them." #DumbDogs #TigerProblems

From there, the game ushers you into a basic stage that consists of a tiny chunk of an environment, decked out to appear more open than it actually is. Your regular haunts include a forest, a grassland, a savanna, a coastal region and a wasteland, all presented without any sort of flare or detail. Rather, you glimpse enough scenery in each level to merely meet the criteria for the land type represented. 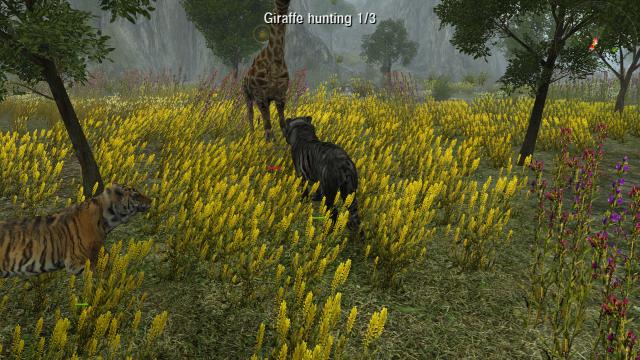 Once in your domain, you roam at the slowest speed imaginable, as if you broke one of your legs during the loading screen. You can remedy this issue by holding the Square button to run, though you really shouldn't have to do that. There's no reason at all to include such an inadequate walking speed, especially since this title doesn't deal with stealth or include any segments where you benefit from tiptoeing. It would have made more sense for the protagonist to maintain a sprint without forcing players to hold a button, thereby keeping the pace snappy.

Once moving at an acceptable speed, you search for an unsuspecting critter and mutilate it by awkwardly stopping and holding the attack button. You need to do this for each bite or scratch, repeatedly pressing down the button for two or three seconds per strike. Two seconds doesn't sound like much, but when you consider that you have to spam this function to make it worthwhile, it's the absolute pits.

Meanwhile, your prey often runs off, and you need to chase it and reposition yourself just right to be able to damage it before it further eludes you. Thankfully, most of the weaker animals are easy enough to handle, and the payoff for slaying them is inadvertent hilarity. Each creature croaks in comical fashion, with some of them either ridiculously sticking their legs out and falling over or jumping up in the air and floating downward as if they were balloons. Those deaths are merely funny, but they don't compare to the rabbit's demise. This future dinner either rockets straight up in the air, sometimes high enough to get stuck in a tree, or launches ten to fifteen feet from its position in a long arc. 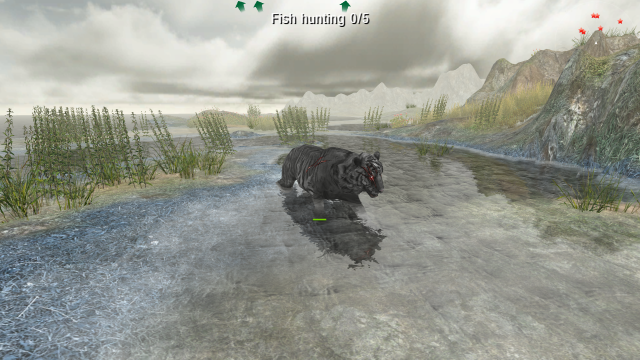 After you've successfully offed an animal, you can stand next to it to begin feeding, which fully restores your health. If you're in a dangerous position, you can also pick your lunch up and run to a more remote place to dine. Strangely, this feature doesn't take an animal's weight or mass into account, allowing you to run off even with rhinos and huge crocodiles in your mouth. If anything about this sub-standard action game sticks with me, it'll be the image of my tiger running across the plains with a rhino two or three times his size jutting from his jaws, flapping up and down as if it were made of paper.

There really isn't much more to the campaign than what you've read above. Each level tells you to go hunt certain animals, and you do so with ease. Sometimes, you have to fight other predators, like wolves, bears or wild dogs, and these battles prove to be the most daunting tasks. This isn't because they're difficult or anything, but because they're so drawn out and boring. In order to kill anything larger than yourself, you only need to either run circles around it or pad a few feet away before launching exactly one strike and repeating the process. In utilizing either of these strategies, you reset your foes' routines, forcing them to reposition themselves before attacking again. Creatures don't strike unless they're sitting still for more than a second, so you can easily get a blow in before moving away. In this way, you can win most tough fights without ever taking damage. Even then, though, you're in for an overlong war because larger enemies tend to possess excessive hit points. For instance, I nearly fell asleep hunting an elephant because it seemed like its health would never diminish.

Only a few stages break the tedium of basic, clunky conflicts and mass murders, and these levels tend to include asinine objectives. Most of them see you searching for marked locations, where you stand still for a few seconds before moving on. These missions would be difficult if you had to deal with aggressive animals, but you seldom do. Mostly, you just run to places on the map and stand still a few times. Two other levels require you to survive for a certain amount of time, which you accomplish by running around in circles. Your opponents during these segments can't catch you and you have unlimited stamina, so you can jog indefinitely and never take a lick of damage. 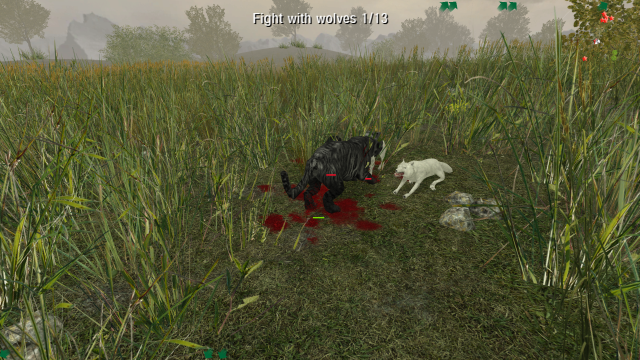 Finally, you reach the end of the campaign, and you almost celebrate because this vapid experience is finally winding down. You don't, though, because the last few challenges revolve around playing as a human. Call me crazy, but isn't the point of these animal simulators to allow you to play as something other than a person? Imagine getting through a tank- or helicopter-themed title, only to complete the campaign by using a bicycle. That's how those last few stages feel.

Just below Black Tiger's animal simulator exterior beats the heart of an action game devoid of entertainment, highlighted by unimaginative challenges, awkward physics, clumsy mechanics and unintentional comedy. Worse than that, its dated character models and concepts call to mind some of the horrendous, inexpensive offerings found on the first two PlayStation systems. In regards to nature-themed video games, few concepts sound more badass than playing as a black tiger, and yet this game is about as far from "badass" as any title can get.
1/5

If you enjoyed this Life of Black Tiger review, you're encouraged to discuss it with the author and with other members of the site's community. If you don't already have an HonestGamers account, you can sign up for one in a snap. Thank you for reading!

© 1998-2020 HonestGamers
None of the material contained within this site may be reproduced in any conceivable fashion without permission from the author(s) of said material. This site is not sponsored or endorsed by Nintendo, Sega, Sony, Microsoft, or any other such party. Life of Black Tiger is a registered trademark of its copyright holder. This site makes no claim to Life of Black Tiger, its characters, screenshots, artwork, music, or any intellectual property contained within. Opinions expressed on this site do not necessarily represent the opinion of site staff or sponsors. Staff and freelance reviews are typically written based on time spent with a retail review copy or review key for the game that is provided by its publisher.