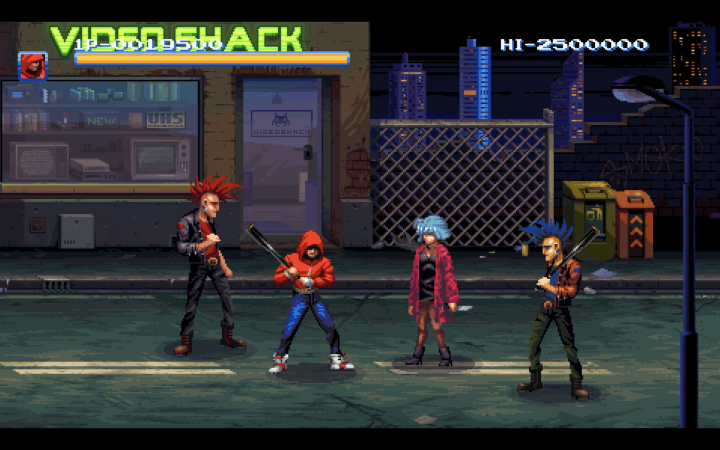 These ones really hurt. The games whose previews elicit outbursts from you: "This is right up my alley!!" Only for you to run down the mouth of that alley and realize less than halfway down that the neighbourhood, while familiar, has gone to do the dogs, and you don't want to be there. I genuinely love what Hi-Bit Studios set out to do here, even if the games I've known to have covered similar ground have failed. With 198X, they've taken multiple genres -- in this case, emblematic of 80s and 90s classics -- and attempted to tie them together, level-by-level with a narrative, in one very slick package. While their labour of love isn't quite the collection of broken parts that say, The Adventures of Bayou Billy was, 198X doesn't knock it out of the park either.

And yet, shouldn't it have? The graphics are excellent, generally outshining anything we might have played on the Super NES, and the music is quite good, boasting the involvement of one Yuzo Koshiro of Streets of Rage fame. The 'narrative' that links the missions is flimsy, and is driven by stilted voice acting, but, in a game like this, those types of frills aren't that impactful either way. Much more importantly: the games Hi-Bit drew upon for inspiration aren't a bad bunch to choose from. "Beating Heat," apes Final Fight, "Out of the Void" reminds us of R-Type, and "The Runaway" is this package's Outrun. 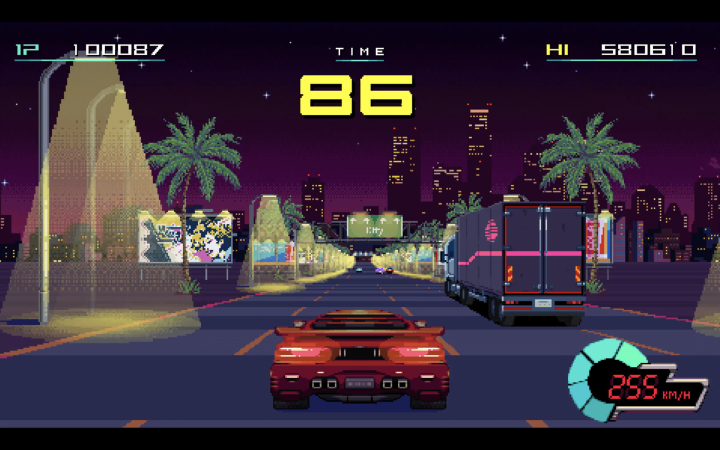 The final two selections are admittedly questionable: "Shadowplay" sort of looks like the old arcade classic, Strider, but only from a distance. And it's an auto-runner, which didn't feel right to me. I can't recall playing any 8 or 16-bitters in this vein at all. The adventure culminates in "Kill Screen," which is like any number of archaic dungeon crawlers of the target era. It's probably the least exciting entry, so the game's ending feels anti-climactic.

With that said, Hi-Bit Games has revealed that what we have here was always meant to be part one in a series. They're good about full disclosure: they also admit that the experience from top to bottom should occupy you for about two hours, and that's about right.

When the adventure is behind you, you won't want to have another go, nor will you really remember with any fondness what just transpired. The trouble is three-fold, and mostly unsurprising: none of the games feel truly special; none of the games stick around long enough to make an impression; and none of the games have any teeth. One of these failings might be forgivable, but all of them? 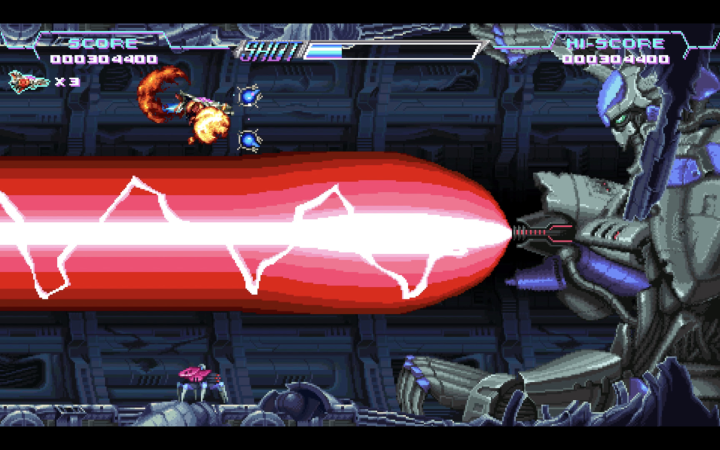 Beginning with Beating Heart, the introductory city level we get does look like a modern-retro reimagining of Streets of Rage's first stage, but the enemies are less imaginative (especially as inferior copies, decades later), are easy to dispatch, and the level's over in no time. The verdict on the R-Type-themed Out of the Void is no different and far more damning given the genre; R-Type was never this easy (was never easy at all), never this... generic. I probably had the most fun with the racer, but again, both the hit detection and the time limit were very forgiving: crashing was barely punished, and I managed to move on comfortably despite a very sloppy run.

The most trouble I had was with the auto-runner, whose inspiration continues to escape me. You have unlimited tries in all of these games, with a generous checkpoint system, so by 'trouble,' I mean, I actually died a few times and had to retry, mostly by virtue of the fact that this Shadowplay entry demands trial-and-error and strict memorization to plot a safe path to the end. Kill Screen didn't necessarily challenge me so much as it dropped me into the dungeon woefully ill-equipped to succeed on my first run. Only through dying, it seemed, could one hope to level up enough while hitting enough dead ends, to ultimately will your way through the maze after sufficient time had been invested.

198X shows love to the sort of games I grew up with, and if you're of the same vintage or close to it, that will positively mean something. Regrettably, these levels don't just feel like knock offs, but knock off samplings, and so, after the novelty of all of this retro love being assembled together with such obvious care wears off, the game's potency will lie in its ability to interest you in the games it drew influence from, instead. The best homages should do that, but they should also stand on their own feet. 198X tries -- with appreciable panache! -- but can't quite keep upright.
2.5/5

If you enjoyed this 198X review, you're encouraged to discuss it with the author and with other members of the site's community. If you don't already have an HonestGamers account, you can sign up for one in a snap. Thank you for reading!

© 1998-2021 HonestGamers
None of the material contained within this site may be reproduced in any conceivable fashion without permission from the author(s) of said material. This site is not sponsored or endorsed by Nintendo, Sega, Sony, Microsoft, or any other such party. 198X is a registered trademark of its copyright holder. This site makes no claim to 198X, its characters, screenshots, artwork, music, or any intellectual property contained within. Opinions expressed on this site do not necessarily represent the opinion of site staff or sponsors. Staff and freelance reviews are typically written based on time spent with a retail review copy or review key for the game that is provided by its publisher.