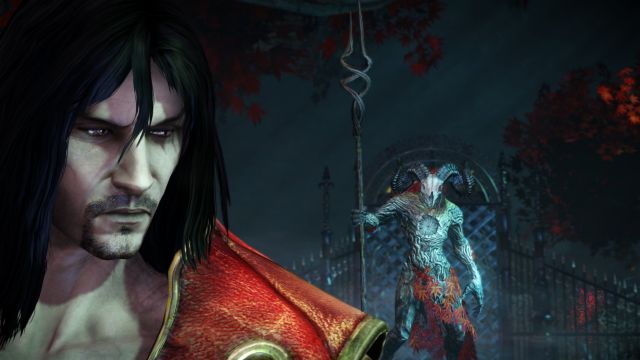 Castlevania: Lords of Shadow 2 is the kind of action title you would expect it to be. If you enter it expecting a semi-Gothic God of War rather than old school "killing things with a whip and a sub-weapon," then you're more likely to be delighted by its offerings. It features a wealth of button mashing, combo attack experimentation, over-the-top action, constant dodging and/or blocking, and moments that beg you to stop and take in the awesome monster designs that occasionally crop up.

Once again, you take the role of Gabriel Belmont, who has by this point fully become Dracula. The once-proud warrior has mysteriously awoken in a high-tech future, beckoned by his old ally Zobek. Under Zobek's supervision, Dracula attempts to topple three powerful acolytes of Satan before they can resurrect the fallen angel. He accomplishes this by beating the ever-loving crap out everything in his way, usually in rather gory fashion.

Although Drac seems to have become a hero, make no mistake; he still isn't a good guy. There's one disturbing cutscene early on in the campaign that perfectly paints him as the dangerous antihero he is in this timeline. Emaciated and dying for blood, Dracula slits a man's throat and completely drains an innocent woman to sate his hunger. Murder, even in the case of extreme hunger, isn't exactly a hallmark of altruism. 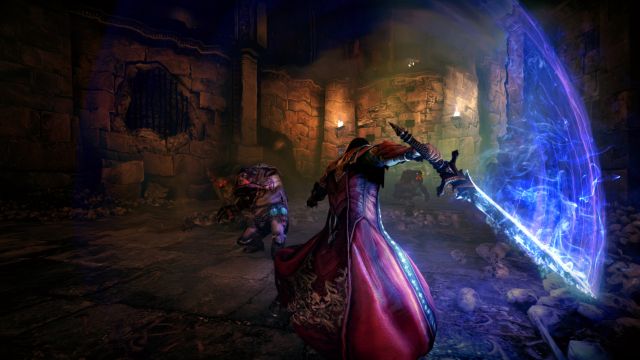 However, Dracula isn't quite a villain, either. The game occasionally shifts between the aforementioned futuristic realm and his ruined castle, where he meets the apparitions of his wife and son, Marie and Trevor. These segments cast the vampire in a more human light, as he shows his devotion to his family. He goes out of his way to please his son, and even challenges the seductive Carmilla in an effort to rescue Marie. These moments present a nice foil to his otherwise villainous existence, creating a likable antihero in a once-feared antagonist.

Unfortunately, the rest of the story is standard fare. For instance, you once again deal with a cult attempting to resurrect a demonic force, a plot device has even been utilized multiple times within this very franchise. Worse than that, most of the campaign's plot points consist of Zobek barking orders at Dracula, and the vampire reluctantly slithers off to obey. Thankfully, the aforementioned castle segments and a predictable, albeit enjoyable, plot twist prevent the tale from being completely forgettable.

If you're like me, though, you're probably not looking for an overblown narrative in Lords of Shadow 2 anyway. Rather, what I want most from an action title is--get this--lots of action, and in that regard, this installment pays in spades. Combat is similar to the previous Lords outings, down to the control scheme. Returning players will also find a more lenient learning curve involved, which is thankful. That way they can get right into the experience and commence whipping, slashing and punching with ease. On top of that, the game is impressively stable. Foes frequently surround you, each of them cutting loose a dazzling spell or a devastating attack. You, in turn, respond to their malice with well-timed whip cracks and picture perfect leaps and side rolls. The battlefield eventually becomes a symphony of swift maneuvers and strikes, and all the while the animation remains solid, not once descending into a mess of lag. 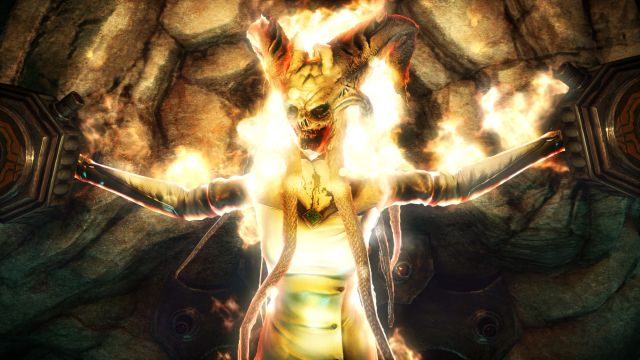 Although this installment plays like its predecessor, it bears some distinct differences. For starters, its campaign is a bit shorter. Although that might sound like a flaw, I'm actually thankful that MercurySteam trimmed it down, as the the first outing was a bit overlong. Better than that, this entry features more variety than the original title. While the game is still centered on combat, there aren't many instances where you battle the same group of enemies several times over or engage in familiar activities repeatedly (e.g. mounting a troll to break down a massive door, throwing goblins' grenades at a structure, etc.). Rather, the game sports a decent array of new grotesque adversaries, and does a fine job of mixing up battles.

When not locked in an altercation, the adventure sends you through some pretty intense scenes. For instance, there's a segment on a train that has you literally dodging bullets, then fighting an immense demon, avoiding the notice of heavily armed troops and eventually evading hanging lights while resting atop a train car. Top all of that off with a handful of crazy boss battles, some of which include classic Castlevania villains like Carmilla and Death, and you have a wonderfully action-adventure product. 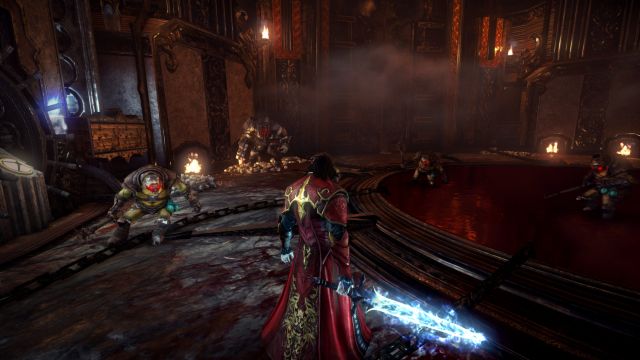 However, among the attempts to bring variety to the experience, the only one that sticks in my craw is the addition of stealth missions. Look, I don't have an inherent problem with stealth scenes, especially if they make contextual sense. In this title, they make no sense whatsoever, as you slink by armored guards who can one-shot you with high-tech cannons. Why would someone as powerful as Dracula need to sneak past these guards? How is it that a warrior who once defeated Satan, sliced a tremendous demon in half length-wise, commands an army of monsters and is able to bring down titanic monsters and golems needs to sneak past armored guards? At one point in this campaign, Dracula survives a fall from hundreds of feet in the air, and this comes after bouncing back from multiple beatings. Yet, somehow a conventional weapon is able to do him in? Give me a break. You'd think Satan would rouse a whole army of these guys rather than send the usual henchmen after Drac.

No, the stealth segments don't break the game, and they're mostly painless. More than anything, they're an unwanted interruption; not quite despicable, but certainly not pleasing. Regardless of their presence, they do little to harm Lords of Shadow 2. With a snappy combat system and exciting moments, the game is a genuine pleasure to play. And to believe that I was skeptical of the Lords of Shadow brand, thinking that it would bring ruin to one of my favorite series of games. Though I prefer the traditional and Metroidvania installments, I'm sad that this timeline ended after only three entries.

If you enjoyed this Castlevania: Lords of Shadow 2 review, you're encouraged to discuss it with the author and with other members of the site's community. If you don't already have an HonestGamers account, you can sign up for one in a snap. Thank you for reading!

© 1998-2021 HonestGamers
None of the material contained within this site may be reproduced in any conceivable fashion without permission from the author(s) of said material. This site is not sponsored or endorsed by Nintendo, Sega, Sony, Microsoft, or any other such party. Castlevania: Lords of Shadow 2 is a registered trademark of its copyright holder. This site makes no claim to Castlevania: Lords of Shadow 2, its characters, screenshots, artwork, music, or any intellectual property contained within. Opinions expressed on this site do not necessarily represent the opinion of site staff or sponsors. Staff and freelance reviews are typically written based on time spent with a retail review copy or review key for the game that is provided by its publisher.