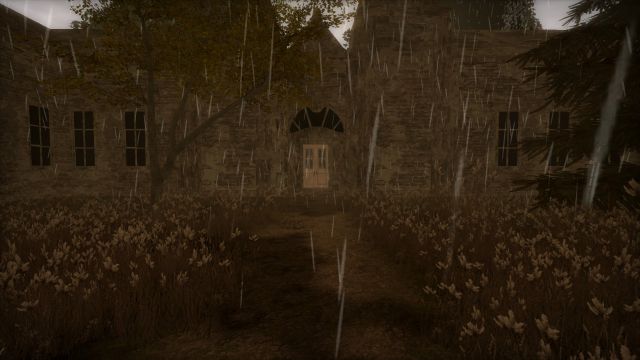 There's a common thread that ties together most of the lousy horror-adventure games on Steam: a lack of substance.

Every time you start up one of these titles, you see the same old nonsense. You enter houses decked out with stock decor, asylums lined with only the most basic details, abandoned towns full of mostly empty houses... Few objects or locales exude any kind of personality, existing as lifeless set pieces without much flair. Even the overall layout and structure of these accursed places leave much to be desired. You move through your share of generic rooms, simple hallways and vacant courtyards, many of which serve no purpose and hardly add to the experience.

After twenty or so minutes of pounding through these shallow environs, you complete one of these horror-adventure campaigns and get nothing in return but a stereotypical ending. "You ran away!" "Turns out you're crazy and everything was a hallucination." "The mission took its toll on your sanity, and now you're institutionalized." Give me a break...

VERGE:Lost chapter provides the perfect example of the above discussion. You play a nameless protagonist who's been released from a psychiatric ward, who decides to drive to a cabin in the woods to rest up after his ordeal. However, before he can reach that cliche, another one interrupts him: his car breaks down, and now he has to hoof it to the nearest settlement. In this case, it's an abandoned asylum with a somehow magnificent exterior. 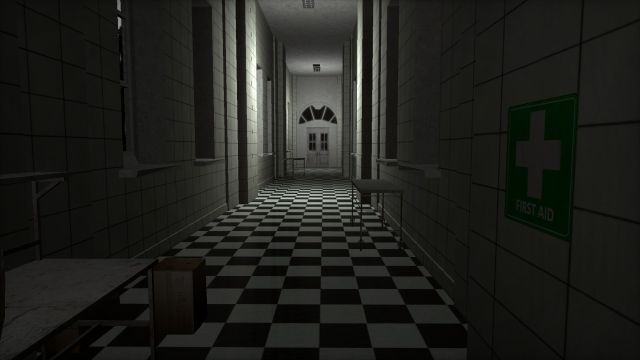 Not long after you wander into this obvious nightmare trap, you receive a choice--or the illusion of one anyway. Three doors stand before you, hinting at three different pathways to take. Brilliant! After I finish this game, I'll come back to this point and check out the other corridors. Take it from me: don't bother. Only two of these doors are accessible (the right door is locked and takes you nowhere), and only one of them delivers additional content. The other one should have a sign on it reading: "Do you want to skip a couple of pointless segments and cut straight to the anticlimactic chase?" That's the middle door. Pick that one.

Had VERGE been fully fleshed out, it might've offered you real, worthwhile choices. Perhaps the left path could've done more than send you through a boiler room segment, followed by a scene where you slip through a maze of storage tanks that apparently hold some kind of gas. I sense that these sections were developed with grander events in mind; as if we were intended to accomplish an important feat or learn something significant during the institution here, but those details never saw the light of day. More than anything, these two areas come off as padding that barely stretches the campaign's length.

At the end of the tank area, you reach the same place you would've visited had you taken the middle door, which is a hospital full of monsters. Here again, you have a solid idea for scares, but it fizzles when you explore all of the rooms and see that they're a bunch of dull, flat, unadorned chambers that each hold a bed, a chair, a night stand and maybe a footlocker. The premises are straightforward, too--a far cry from survival-horror games of yore, where you sometimes spent hours puzzling your way through the convoluted network of offices, patient rooms, hallways and stairwells. I get that this game is trying to be brief, but this tiny, boring chunk of a hospital is no less disappointing, mostly thanks to its blandness. 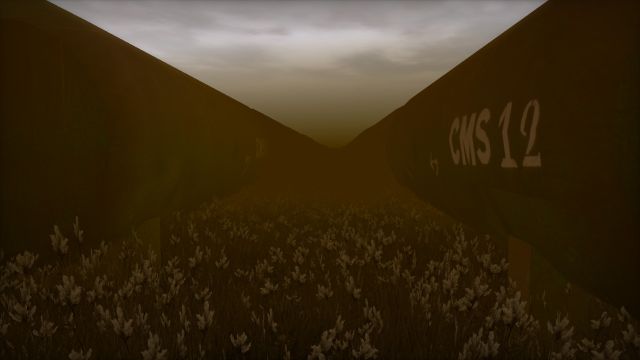 When the terror finally starts, stock enemies chase you down the hallway. You avoid them by running. That's it. You don't run afoul of many areas to trip you up or slow you down, and there are no traps to stifle your progress. You simply charge past the monsters and they struggle to keep up. Hell, I took damage during my playthrough, and even then I was nowhere close to death. In other words, it would take someone with a tremendous lack of skill to fail at any point.


Horror-adventures benefit from foes that are seemingly impossible to handle. They either move as quickly as you do, or just a tad more so. Granted, you can often escape them by simply running, but any solid title utilizes natural obstacles to keep you from escaping. You'll throw open your share of closed doors or leap over pits, not to mention stumble on pieces of dilapidated environments. Because in a horror game, the most important part is to scare your player, and that person isn't going to be frightened by a slow, weak, lumbering beast who couldn't catch a cold, or situations where you just jog in a single direction before the credits roll. Situations like those aren't just flaccid, but tedious. That best sums up VERGE's final moments. 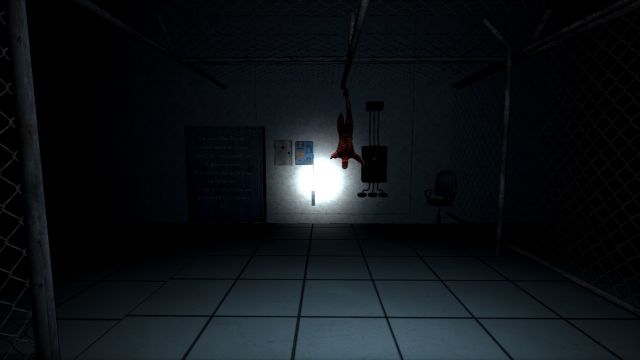 But it has multiple endings! Big deal. You reach the end of the campaign, and a message on the wall quite literally tells you to pick an ending, which you do by selecting one of two doors. One choice of a dull, bleak conclusion that's difficult to worry about because the audience knows little about the protagonist. Players will find it hard to care that one-dimensional John Doe number 30005 didn't survive his ordeal, because they had no reason to root for him. This is where substance would've been great, because adding details to a character allows the audience to give a damn, especially if this person has something at stake besides their life. The other ending is your basic gleeful finish that's also nothing special. Again, why do I care if John Doe survives?

The worst part about the "good" ending is that it sports a huge, glaring plothole. Such an oversight bespeaks of a slapdash product, like a fun house hastily thrown together without any consideration for enemy placement, structure or fine details. Levels may as well have been procedurally generated, because at least a setup like that might've offered some surprises. Sure, VERGE is among the tamest, most basic horror games I've played, but one that would've been better with more flesh. Imagine a whole asylum, with carefully planned hallways, patient rooms dripping with details, plot points that bolster the action... Imagine if we actually cared about the protagonist, thus fearing for his safety. Imagine if most of Steam's horror-adventures offered more substantial campaigns and not just the most basic, stereotypical experiences that consist of shooting or elude familiar character models. Games like this one would be well worth the dollar you waste on them.

If you enjoyed this VERGE:Lost chapter review, you're encouraged to discuss it with the author and with other members of the site's community. If you don't already have an HonestGamers account, you can sign up for one in a snap. Thank you for reading!

© 1998-2021 HonestGamers
None of the material contained within this site may be reproduced in any conceivable fashion without permission from the author(s) of said material. This site is not sponsored or endorsed by Nintendo, Sega, Sony, Microsoft, or any other such party. VERGE:Lost chapter is a registered trademark of its copyright holder. This site makes no claim to VERGE:Lost chapter, its characters, screenshots, artwork, music, or any intellectual property contained within. Opinions expressed on this site do not necessarily represent the opinion of site staff or sponsors. Staff and freelance reviews are typically written based on time spent with a retail review copy or review key for the game that is provided by its publisher.