For a long time, I wasnt really sure how I would start talking about Loralei. I guess the fact that Im openly admitting that here is proof enough that I still dont. Its a lot of things all at once, but, mainly, its a victim of being the conclusion of a pair of games its not quite as good as. That, in itself, is no great crime; Downfall was clumsy, ugly horror done right before its more sterile remake attacked itself from a differing angle. The Cat Lady was an almost perfect case study in indie horror, a redemption quest given to someone who had already given up on being saved. Loralei, then, is given the unenviable task of taking their shared traits and loose ends and offering closure. It goes some ways towards doing this -- just, in doing so, it finds itself suffering as a standalone experience.

In trying to be the end of it all, Loraleis focus on its own tale often feels kind of blurry. It has a bloated cast full of characters that slip in and out with very little impact, abandoning people on a whim to move on to the next engagement. It makes for a disjointed experience, with long stretches of activity that doesn't really go anywhere and little character arcs that mean more or less nothing in the grand scheme of it all. That scheme being that Loralei is a teenage girl living a crummy life in a shitty house she longs to escape. Her mothers shacked up with an abusive loser who she dreams of abandoning, but it means leaving her infant stepsister alone with a deteriorating mother and a disinterested father. Its a pressure cooker environment. Its only a matter of time before the explosions start. 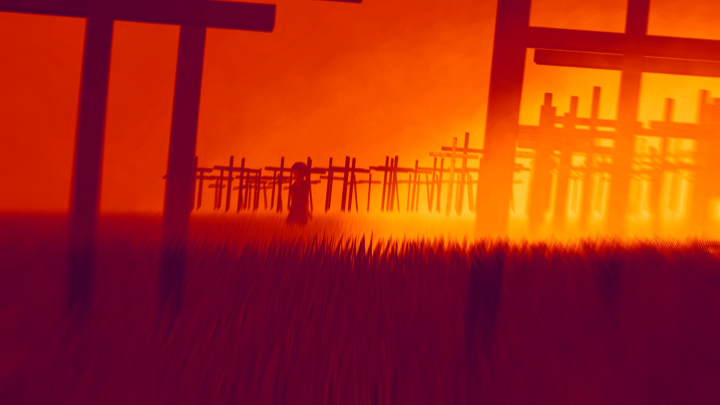 Loraleis sporadic highlights are when this becomes the narratives main thrust. The sleazy stepfather becomes the ideal main source of evil, an unsympathetic, groin-rubbing psychopath who acts in vicious, animalistic bursts and gleefully hurts anyone unfortunate enough to be around him. He becomes the catalyst for Loraleis eventual meeting with the thing that connects the three games together; the Queen of Maggots. An entity who lives just outside of reality as we know it, and has the ability to return the dead to the world of the living. For a price. You have to earn your return ticket home; you often wont like the things she asks of you.

As an overarching villain, Queen is a great character, deviously deep and cunning, asking for little favours that snowball into unguarded atrocities. Loraleis unfortunate reality is that, with a life surrounded by misery and death, she needs the Queen to try and eke out a silver lining, no matter how fleeting that might be. Shes set up to fail, forced to contend with a remorseless killer with an axe to grind while each missed shot to fix her deficiencies comes with a heavier cost. It cant all be defiling rotting shark corpses or chilling in a bedroom construed of creaking mannequin heads, after all. Deeper and deeper she goes, falling further under the unclean macerations of the Queen.

Sometimes, this works great. Like returning to her home and trying to make sense of the surreal carnage left behind. Trying to distinguish what might be real, what might be the vision of a mind drowning in a combination of grief and horror, and what might only exist in an attempt to stomp the overwhelmed girl a little further down the rabbit hole. Likewise, a late prolonged sequence has her playing a desperate game of cat and mouse through an abandoned warehouse, trying to both evade her homicidal stepfather and piece together her endgame plan with leftover industrial scraps. Its telling that these stand-out moments happen both very early and very late in the game; the middle section is bloated with busywork. Like that time she relives her first day at work at a retirement home, or the bubbles of exploration around limbo constructed only to invest in a relationship with a character so weighed down in tell-not-show exposition, youre left with significantly more questions than answers. 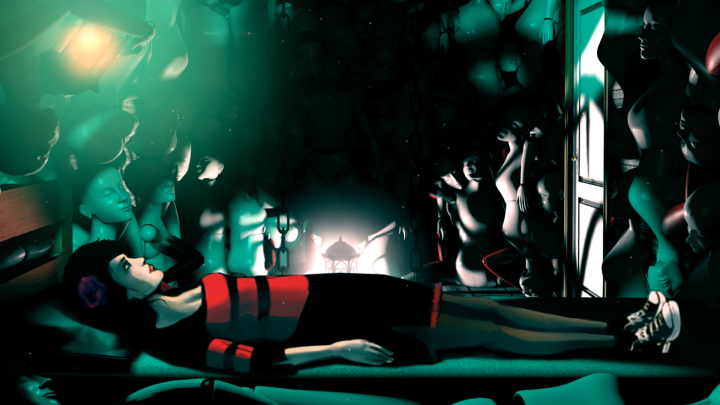 And then sometimes, almost out of nowhere, Loralei finds a stretch of redemption. Like trying to find a moment of normality after a slice of horror with the dorky next door neighbour harbouring a massive crush, chatting about his game developer work. He can, if you let him, talk about how the cheaper, more cheerful projects gain enough funds to keep his bills just about paid, even when hed rather be working on something more significant. Im sure theres no meta there at all. Or you can just tell him you have no interest in that nonsense and ask him to shut up. Or, later on, when under the employ of the Queen. Youre given the task of sending a spiraling alcoholic further into the mire of his self-devouring depression. And you absolutely can, nudging him in spiteful little slivers towards suicide. Or, screw that noise, just be a little voice in the back of his head cheering him on, urging him to try harder, to do better. To eventually overcome.

For better or for worse, theres a sense of hope in Loralei that the previous Harvester games purposefully stayed away from; theres always a light at the end of the tunnel, or some guarded optimism likely fostered by the naivety of its teenage lead. At times, the game misses the sense of inescapable misery previously fostered, and the lack of dread certainly conspires to make stretches of the game feel out of touch with the rest of the series. Sometimes, though, it protects you, lifting you from the gloom when you realise youve saved someone otherwise doomed. Try not to let it go to your head; there's probably a fresh new atrocity just around the next corner.

If you enjoyed this Lorelai review, you're encouraged to discuss it with the author and with other members of the site's community. If you don't already have an HonestGamers account, you can sign up for one in a snap. Thank you for reading!

© 1998-2021 HonestGamers
None of the material contained within this site may be reproduced in any conceivable fashion without permission from the author(s) of said material. This site is not sponsored or endorsed by Nintendo, Sega, Sony, Microsoft, or any other such party. Lorelai is a registered trademark of its copyright holder. This site makes no claim to Lorelai, its characters, screenshots, artwork, music, or any intellectual property contained within. Opinions expressed on this site do not necessarily represent the opinion of site staff or sponsors. Staff and freelance reviews are typically written based on time spent with a retail review copy or review key for the game that is provided by its publisher.