Theres something surprisingly endearing and beautiful about The Cat Lady, a game based firmly around suicide, mental corrosion, surrealism, and grotesque murder.

Even as I write this, I recognise what an odd statement that is to make. The Cat Lady is the tale of Susan Ashworth, a bitter forty-something spinster with only the neighbourhoods collection of stray cats for company, who starts the game by swallowing every pill she can find in her house. Propelled from death and into an eerie limbo of idyllic isolation, perfect blue skies and mutilated corpses, shes offered a second chance at life shes not sure she even wants. The way through this world is segmented, broken, nothing making any kind of contextual sense. Pathways warp; backtracking away from supposed dead ends should have you strolling back through pleasant cornfields swaying gently in the breeze, but instead leads to large locked gates adorned with decapitated animal heads. Rural wilderness suddenly segues into cluttered urban chaos, wrecked automobiles wrapped around each other, with the distant wail of an ambulance calling out like a siren song, increasing in volume as you draw nearer. Disturbing images of Susans own demise not only hint at the nature of her depression and downward spiral, but operate as obstacles or solutions to her progression.

Escape from this limbo and a second shot at life means an unholy pact dictated by a gravel-voiced crone who seems to rule the macabre realm. All Susan has to do is seek out five ugly humans and extinguish them. The task is wrapped up in honeyed words; these people are constantly referred to as parasites, and their suggested fates compared to pulling out weeds in a garden. The underlying message is clear: their lives for Susans. 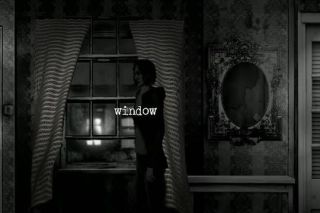 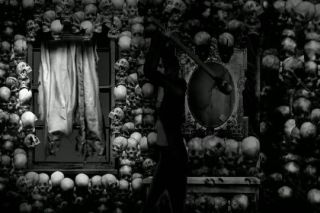 The Cat Lady feels like it should be a pretty straightforward tale, but its anything but. Exploring the limbo realm, Susans story seems to be that of a reluctant executioner, but her rebirth finds her imprisoned in a suicide watch wing. Here, shes heavily medicated, making her an unreliable narrator as she flits between the waking and dream world. Whether these twin realities are real or just a figment of her sputtering mental faculties is never made clear, but she wont get far without finding the secret of the surreal enlarged heart that engulfs the hospitals waiting room. She wont get far without outwitting the mundane security guards paid to keep the disturbed patients in line. All she knows is that things are not as they should be, as everyday events slowly slide into the bizarre. Shes going to have to do things shes not proud of or is able to really understand.

Its an ambitious tale, told in an open source engine featuring scraggly hand-drawn art that perfectly fits the games nightmarish ambience. This style is captivatingly ugly, washing colours in and out on a whim, coating the world in monotone greys, subdued reds or pitch blacks. Moments of snatched serenity are captured against rolling blue skies that purposefully feel out of place in the context of the insanity around you. Indeed, much is made of little pockets of reprieve between the horrors. There are moments of gleeful insanity; unreasonable would-be sculptors further mutilating their victims for the sake of their art; deranged cannibals melting the faces of their still-alive victims to dissuade their partners of rape before their meal; the unnerving discovery of what goes on behind the closed doors of Susans block of flats. Then, theres trying to take a few minutes out to have a cup of coffee, smoke a cigarette and listen to the rain gently fall outside. Or playing a cruel joke on an unlikable neighbour. Or just giving up on the horrors of the world, and losing yourself in endless tales from a chatty nurse assigned to your ward. It wont last; it never lasts, and soon a concerto of breaking bones, wailing car alarms and panicked screams will serve backdrop to someone throwing themselves from the top of a building. Soon, raspy breathing and gentle threats will roll from the fog-covered streets outside to whisk you away somewhere unspeakable. 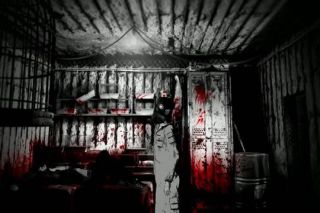 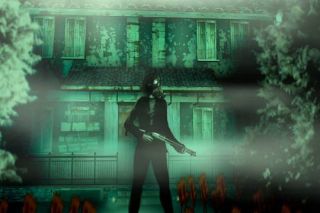 But behind all the drying blood, rotting corpses and overt insanity, Susans tale is that of personal change. After surviving her suicide, shes cynical, angry  alive in a world she longed to leave behind. Theres a subtle beauty to be found in The Cat Lady as the player is forced to watch Susan evolve through her experience. Not always for the better. Its touching that in a story filled with death and misery, that Susan has the chance to slowly fall back in love with life, that perhaps the horror lurking beneath the veneer of everyday serves some kind of contrast to her own problems. Shell have harden to begin with, recoil in fear and shock at what the road ahead of her promises, but with each event survived, shell find a little more of life worth clinging on to. The Cat Lady constantly switches gears to stress both personal tragedy and fulfilment, to whittle Susan right down to rock bottom in order to shakily rebuild her once again. Shell never be considered normal; not after what she has had to do, but the game somehow makes being at least functional seem like a huge victory.

The Cat Lady is ready to surprise you on different levels simultaneously. Its that creeping kind of horror that manages to crawl into your veins uninvited, residing in your head rather than jumping out of the shadows, flailing its limbs. Its ruthlessly grim; it knows how to turn your stomach, to dread your next discovery. It stirs up human misery and then presents you with the grime that settles at the bottom. Then, in the midst of melancholy, it touches on unexpected friendship, of escaping the gloom. It has Susan claw and scratch and struggle towards normalcy once though unattainable. It slowly bends her towards the light.

If you enjoyed this The Cat Lady review, you're encouraged to discuss it with the author and with other members of the site's community. If you don't already have an HonestGamers account, you can sign up for one in a snap. Thank you for reading!

© 1998-2021 HonestGamers
None of the material contained within this site may be reproduced in any conceivable fashion without permission from the author(s) of said material. This site is not sponsored or endorsed by Nintendo, Sega, Sony, Microsoft, or any other such party. The Cat Lady is a registered trademark of its copyright holder. This site makes no claim to The Cat Lady, its characters, screenshots, artwork, music, or any intellectual property contained within. Opinions expressed on this site do not necessarily represent the opinion of site staff or sponsors. Staff and freelance reviews are typically written based on time spent with a retail review copy or review key for the game that is provided by its publisher.