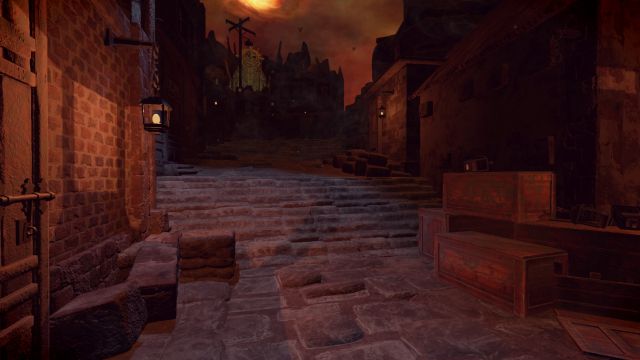 Your landing in Doorways: Holy Mountains of Flesh is sure to be more rattling than in the openings of the previous two episodes. After the initial cutscene, you stand before a bleak, crimson skyline. Massive, floating rocks support an abandoned village, smoke distorts your view for miles and a fiery abyss awaits below you. Developer Saibot Studios apparently wanted to show you they weren't messing around this time, so they dropped you into Hell itself.

Or rather, the hellish psyche of a mass murderer. Just to catch you up on this series: Doorways is a three-part horror adventure game where you play Thomas Foster, an investigator able to enter the minds of murderers. He "works" for an agency called Doorways, and they've tasked him with hunting down four killers who've eluded the law. However, there's a more sinister secret regarding Doorways and its employment of Foster, particularly that he didn't exactly land a job there of his own free will...

Regardless, Foster now seeks to end the tyrannical reign of one Juan Torres, a wealthy man living in an Argentinian village where he's been stirring up some legit evil. We're talking occult rituals, mass sacrifices, cannibalism and abuse. His twisted mind doesn't materialize as standard environs like the previous killers' worlds did. Instead, you're going to fight your way through a maze of misery and ruin, stalked constantly by demonic manifestations of Torres himself, as well as his wife and son. 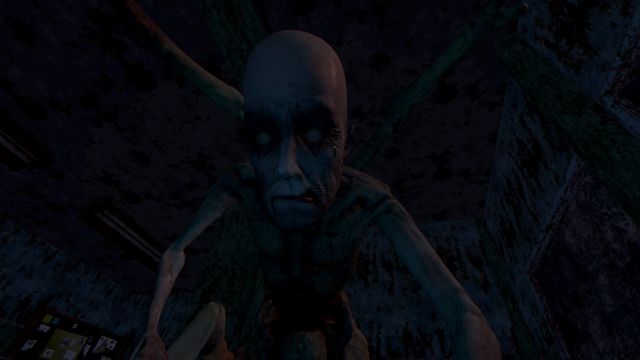 The introductory village is a fittingly grim, empty series of set pieces, where you enter vacant houses and hear the ghostly voices of former occupants. There's a lot of ground to cover and tons of nooks and crannies to check, filled with decent little touches and details. However, exploration grows tiresome after a while, especially after you've searched the whole place and still don't know your objective. Get used to feeling like you're just wandering around, because it's a recurring theme in this title.

After ages of checking and rechecking key locations, you eventually stumble upon a chain link fence that you didn't know you could climb, as there was no indication you could do so. On the other side, you travel through tight walkways that lead to a huge school. Silent Hill memories come racing back, and suddenly you don't want to go any further. However, you force yourself through the fear and locate an open window. There's no going back now...

Unlike Konami's classic, you don't encounter knife-wielding imps or a giant lizard here. The grounds stand mostly uninhabited until you make your way into the library. There, you witness something insect-like twitch in the darkness, partly illuminated by an overturned lamp. As you approach the thing, it vanishes. From that point on, you explore the rest of the campus, constantly checking over your shoulder and expecting the creature to corner you in an office or classroom. However, it never comes, and you start to wonder if its appearance was merely a trick meant to spook you. 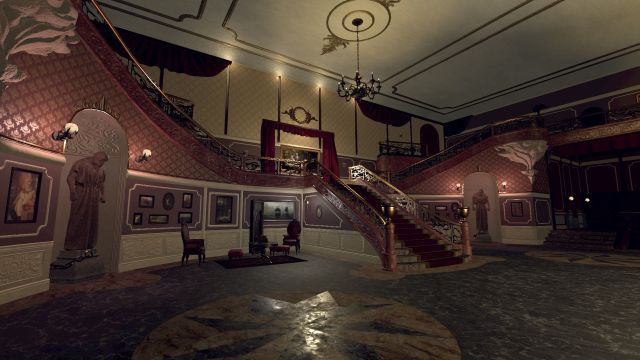 And then the monster appears in the shadows, first as a silhouette. It slowly phases into existence and pounces on you before snarling and taking a bite. Cut to black...

Everywhere you go in this school, the beast follows. It pops up in the darkness to make progression a living hell, and only light can send it packing. When you enter a room, you had better flip the light switch or move an object obstructing the nearest lamp or active television set, otherwise you'll end up bleeding out on the floor.

Though the scare factor proves solid during this segment, it suffers from the same issue seen in the village: your goals here are unclear. You wander around the facility, looking for either a new corridor or room to check out. Sometimes you find an event item or trigger a cutscene, and you know you're on the right course. You experiment with this routine for ages until you finally make your way out of the school, moving onward. The whole segment's flow is haphazard, albeit tense and ultimately effective.

The campaign takes you to a mansion next, and you experience more of the same issues. You don't know where you're going or what you're expected to do, but you soldier on regardless. After completing some puzzles, you get sucked into a mirror, ending up in an alternate dimension. Once there, you begin the most aggravating part of Holy Mountains: an environmental sliding tile puzzle, where rearranging the tiles changes the order of the rooms around you.

Bad news: it's a sliding tile puzzle, and those are never fun. Good news: you don't need to arrange all of the tiles in any particular order, and you only need to access certain rooms at any given time. Thanks to that, this is one of the few bearable sliding puzzles featured in a video game. The only trouble is you still don't know what the hell you're supposed to do, but at least this time you can experiment with simple combinations of chambers until you draw a conclusion. 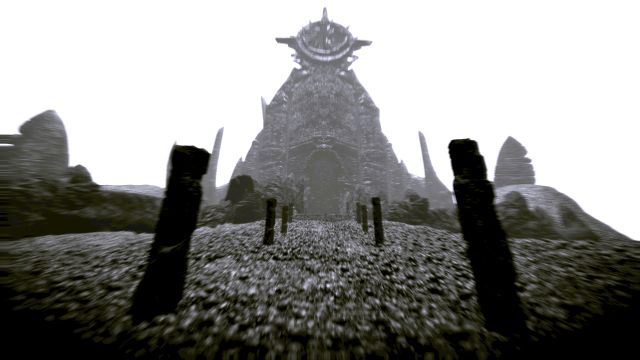 Despite their lack of guidance, these two levels still manage to crank out some terrific scares, especially during their late phases. That's when either antagonist comes running after you while you negotiate grisly obstacle courses. One sends you down a surreal hallway built of cages, where imprisoned teenagers scream for release, knowing they won't be leaving alive. The mansion stage puts you through a really tricky platforming segment, where you need to land precise jumps and reach the exit before Celia Torres, now a ghost-like gorgon, catches you.

However, the upsides outweigh the flaws quite a bit here. There's plenty of magnificently dark imagery, especially during the final phase. There, you perform a few puzzles that are parts of an occult ritual, swim through a veritable lake of blood and take on the final boss. The last few segments you experience will haunt you long after you've pulled through the finish line. Clearly, Holy Mountains of Flesh is a well thought out finale, despite its stumbling points. It's the proper culmination of an episodic indie adventure that started off stale and indifferent, but took no prisoners in the end.

If you enjoyed this Doorways: Holy Mountains of Flesh review, you're encouraged to discuss it with the author and with other members of the site's community. If you don't already have an HonestGamers account, you can sign up for one in a snap. Thank you for reading!

© 1998-2021 HonestGamers
None of the material contained within this site may be reproduced in any conceivable fashion without permission from the author(s) of said material. This site is not sponsored or endorsed by Nintendo, Sega, Sony, Microsoft, or any other such party. Doorways: Holy Mountains of Flesh is a registered trademark of its copyright holder. This site makes no claim to Doorways: Holy Mountains of Flesh, its characters, screenshots, artwork, music, or any intellectual property contained within. Opinions expressed on this site do not necessarily represent the opinion of site staff or sponsors. Staff and freelance reviews are typically written based on time spent with a retail review copy or review key for the game that is provided by its publisher.