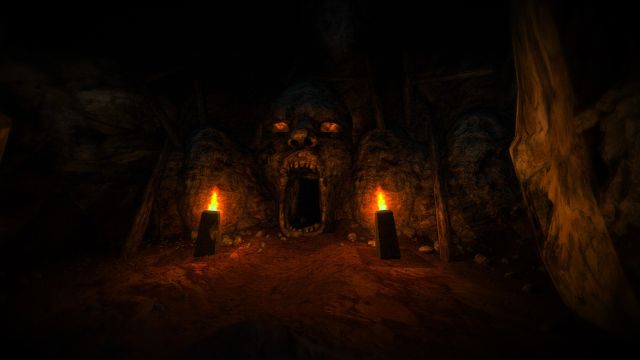 I ended Doorways: Prelude ultimately disappointed, despite digging some of its high points. Sadly, the experience panned out to your standard, scary walking simulator that didn't exactly inspire confidence in its subsequent chapters. However, episodic games are supposed to improve with each installment, at least theoretically. But as a somewhat skeptical player, I always maintain the attitude of "I'll believe it when I see it."

Still, I gave the next installment, Doorways: The Underworld, the benefit of the doubt. And in the end I believed...

To recap, Doorways is a three-part horror adventure where you play as special agent Thomas Foster, who works for an investigative agency called "Doorways," a private firm that apparently hunts down heinous criminals and monstrous people. Foster possesses a unique ability to enter the minds of his targets, solving them like puzzles. It's unclear if Foster kills these madmen when he defeats them, or if he breaks them psychologically. In any case, he makes them pay for their crimes after surviving the ordeals contained within their psyches.

Right out of the gate, this chapter thrusts you into much creepier grounds than its predecessor. You start off in an underground network of tunnels, apparently used to hide some kind of evil. If you're the claustrophobic type, this'll really get under your skin, as the corridors you explore early on are tight and windy. The lighting here is also terrific, bathing the pathways in a variety of colors, perhaps in homage to Italian horror maestros like Mario Bava and Dario Argento. 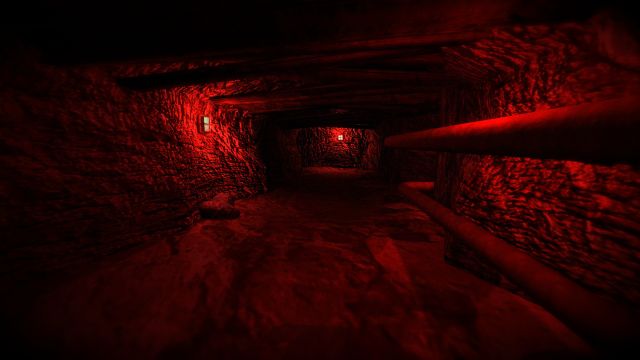 All the while, monstrous sounds fill the air: whispers, snarls and a guttural roar. If you're a seasoned horror vet, you'll either see these noises as implied threats or empty promises. Either something is going to pounce on your from the shadows and have a slow, painful lunch, or the eerie effects are nothing but a meaningless means to drive up tension; spooky touches in a dark ride attraction at a carnival.

If you've played Prelude, then you might fear that this segment emphasizes style over substance, and that there are no genuine scares coming up. So you play along, expecting to just power through this one and decide whether or not you'll even bother with the third and final episode. Eventually, you throw a series of switches and mosey through an electric gate, only you don't get through the gate.

Because there's a monster coming right through it...

I didn't expect The Underworld to utilize the "run from horrible character models" approach. It's as if the previous outing conditioned me to think this title would be a relatively simple, safe walking simulator, only to completely throw security out the window when a partially mutilated man with wheels for legs came rolling toward me. "HIDE," a message on the wall recommended. I tucked into an alcove and crouched, and the creature eventually went away. The tactic seemed too simple. Though this thing could snuff me out with a single blow, I could easily evade it through simple means, like ducking behind a table or slinking into a corner. 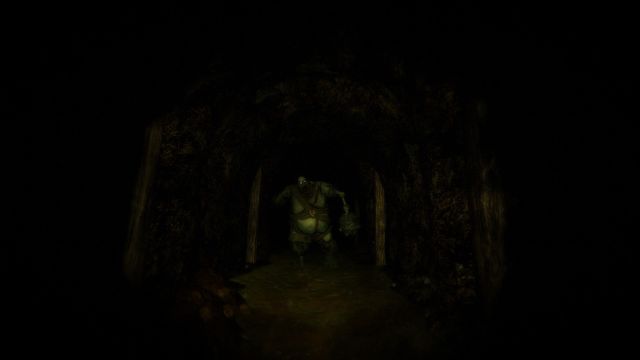 However, despite this scene's lack of difficulty, my foe was no less horrifying, not to mention ever-present and persistent. He cropped up all over the damn tunnels, and progress at times seemed a daunting task. Eventually, a cinematic chase began and I ran like a rabbit eluding a wolf. I ultimately got away, though, thinking I had found safety within the depths of the labyrinth.

You never are safe, though. You enter a new area, and some other kind of horror discovers you and the process begins anew. The next region of this killer's mind took me into a sewer system, where I had to collect a bunch of keys and valve wheels. I'll admit that the constant item hunting grows tiresome after a while, but you forget about the incessant collecting when a tremendous, hungry ogre stomps after you. Part of you wants to stop and take in all of the horrifying details: his girth, his ugly mug, his club-like arm and a variety of other grotesque features. At the same time, just looking this veritable semi truck of a man sends you running and screaming. However, just like before, you can elude him easily, especially since he moves slowly. If you need to, you can duck into one of many pipes in the area, and he'll tromp away without much argument. Still, just the act of traveling the tunnels was tense, knowing that a ten-foot-tall behemoth was stomping around in the darkness, waiting to break every one of your bones.

The game hits a slump after this segment, though, where you explore a facility and hunt down X-rays. There are no perils in this area, but you do encounter a few simple puzzles. I worried that this would be the finale, which would be a horrible way to end a title that started so strong. Thankfully, it wasn't. The next level took the content from the first two sections and cranked up the nightmare fuel level past capacity... 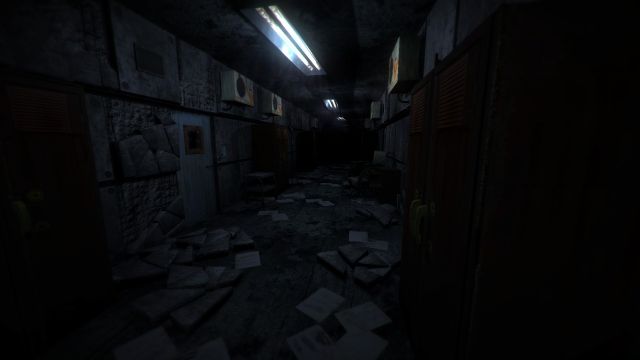 At some point, you earn the ability to initiate "flashbacks." When you activate it, you go back in time and find all kinds of goodies that weren't in the room with you before. For instance, a simple wall may have a door or a message scrawled on it in the past. In the final area, you enter a series of mazes that progressively grow so complex that the game provides you with a map. In order to advance here, you need to flash back and make some switches appear. This also causes the main antagonist, a tall, slender embodiment of the body horror genre, to manifest, grab you and rake her razor-sharp talons across your throat.

And let me tell you, the first time I entered a flashback and she appeared only a few feet before me, cornering me, I about wet my pants...

Thankfully, flashbacks only last a few seconds before dissipating, so you need to time things properly. Your best bet is to enter a flashback far enough away from a switch, run to it, throw the thing and hope the ability ends before the beast finds you. This stage is the real deal, because it forces you to rely on a skill that's your only salvation, but also the only thing that can kill you--and it can do so very easily.

The final gauntlet rouses the most panic of all, requiring you to throw timed switches so you can get to other switches before the crushing barriers protecting them shut. You not only need to avoid the monster, but also try not to get squeezed between massive stone slabs. Survive that, you'll enter a very climactic conclusion, where you give the villain the ultimate slip before ending the chapter. This whole section was challenging, intense and heart-pounding enough that I could forgive the fetch quests in the earlier portions. Or even the previous installment, for that matter...

Where Prelude left me ambivalent, The Underworld revitalized my interest in this trilogy. As with the first game, it doesn't cover any new ground, leaning on tropes rather than crafting new experiences. However, unlike its antecedent, this one uses well worn concepts more effectively, throwing you into a first-person experience that builds to a terrifying, challenging and satisfying finish. Now, let's hope the last entry in this series maintains or tops this standard...

If you enjoyed this Doorways: The Underworld review, you're encouraged to discuss it with the author and with other members of the site's community. If you don't already have an HonestGamers account, you can sign up for one in a snap. Thank you for reading!

© 1998-2021 HonestGamers
None of the material contained within this site may be reproduced in any conceivable fashion without permission from the author(s) of said material. This site is not sponsored or endorsed by Nintendo, Sega, Sony, Microsoft, or any other such party. Doorways: The Underworld is a registered trademark of its copyright holder. This site makes no claim to Doorways: The Underworld, its characters, screenshots, artwork, music, or any intellectual property contained within. Opinions expressed on this site do not necessarily represent the opinion of site staff or sponsors. Staff and freelance reviews are typically written based on time spent with a retail review copy or review key for the game that is provided by its publisher.