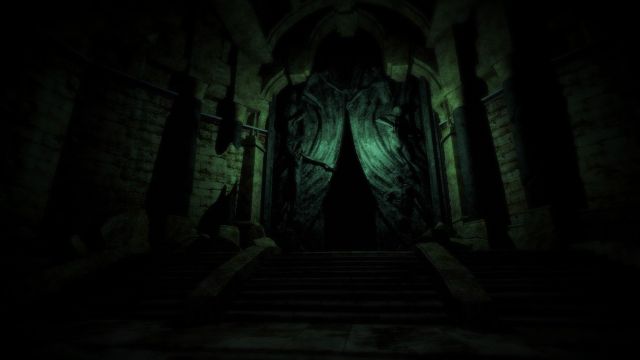 I really want to love Doorways: Prelude because its premise sounds neat. This isn't your average horror adventure, but an episodic piece where you play a special agent named Thomas Foster, who quite literally gets into the minds of serial killers. The areas you search and challenges you face are representations of each murderer's mind, where their depravity manifests as traps and apparitions. The possibilities sound endless, especially if you take into account all of the environmental nuances that walking simulators are known for.

Unfortunately, Prelude doesn't take full advantage of the genre's strong points. Instead, it thrusts you into run of the mill horror territory, where you explore an old house, a ruined fortress and a dark forest during the first of two chapters on offer here. Granted, these areas are as atmospheric as they ought to be, especially the ghostly woods. Mounted torches illuminate the pathways you must travel, while whole areas and paths remain shrouded in shadow. Some places require you to carry your own torch before advancing, lighting it with the flames around you. You then only have a short amount of time to advance through the blackness, because your torch eventually burns out. If you find yourself plunged in darkness, then you get a visit from a ghost who kills you via extreme closeup. 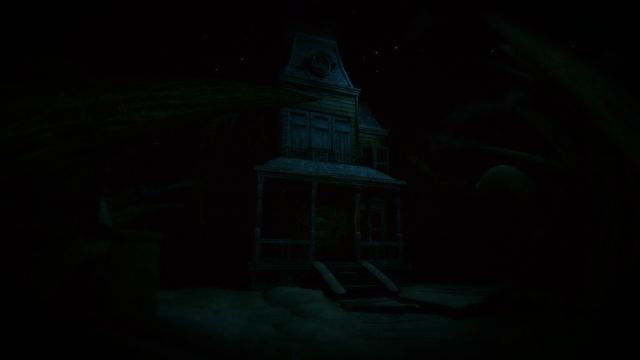 Yeah, that's how this episode rolls. It promises grand things, but hits you with cliches. Tropes aren't a problem in and of themselves, but they render the experience tame and restrained in this instance, where it could have been intense. Granted, the game offers some context to these devices via scattered notes, but they hardly sooth the disappointment of retreading tired concepts. There's a reason you're in a forest and ghosts kill you, but none of that matters because the overall effect is both too familiar and not at all thrilling.

Thankfully, the first chapter does hit you with one solid segment where you traverse a wrecked bridge. You carefully traipse across boards and splinters, looking for a way across a bottomless gorge, fearing the whole time that a misstep will send you plummeting into an cold, infinite nothingness. You can hardly see during this segment as well, only intensifying the fear of falling. On top of that, the aforementioned specter returns to menacingly stare at you, also "killing" you if you get too close to her. Really, though, you only respawn a few feet away, sadly squashing the fear of being caught. 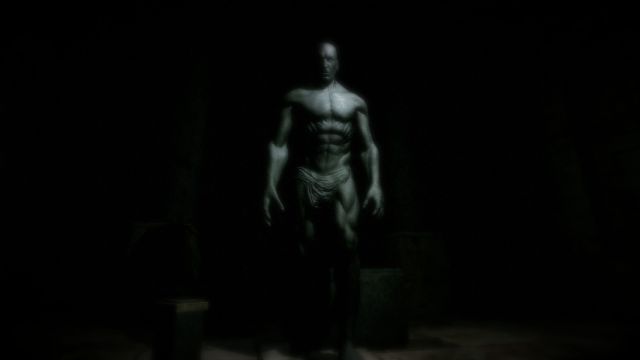 The bridge eventually leads you to an old castle, where you leap over standard spiked floors and walk along tiles that bear sigils on them. You need to step on these characters in a certain order, or you get more spikes. Only a couple of ghastly images that flash across the screen break the tedium, but this segment comes off as nothing but busywork and padding, adding only a small touch to the storyline.

By the time you reach the end of the episode, you really don't know that much more about the killer in question. You find out how and why he murders people, but he remains an everyday horror villain. At best, he's Jigsaw from the "Saw" movies, except without the deeper motive or backstory.

Episode two doesn't bolster the experience much, but it does offer slightly improved material. You explore a rundown auditorium filled with lifelike human sculptures, and you know right away there are going to be scares involving them. Unfortunately, they crop up between bouts of tiresome event item gathering, where you search for keys and electrical fuses. For the most part, this is your garden variety horror set. There are no enemies stalking the grounds, and very few perils besides pits you can easily avoid. Oh, and there's a whole two push-block puzzles. Because that's what a middling product needs is an unimaginative challenge.

Thankfully, chapter two managed to surprise me a couple of times as well... 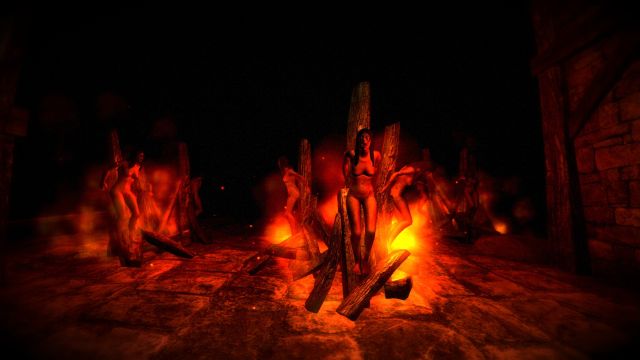 At one point, you aggro a huge opponent who chases after you. His massive feet and your inability to fight outline perfectly well how vulnerable you are during this excursion. Obviously, running away like a scared, crying child is your best defense. You'd think outrunning a giant would be easy, but you still get anxious every time you need to stop. Your heart almost thuds in rhythm with those heavy footfalls growing closer, closer, closer...

Not long after that madness, you enter a hallway littered with statues in tormented poses. You expect them to launch themselves at you, but they never do. Eventually, you perform a task and return to that hall and all of the sculptures are in different poses than before. I know, some of you are probably rolling your eyes at this, but for someone who's always found mannequins creepy (i.e. me), this is friggin' nightmare fuel. And you don't travel through just one corridor of these creatures, either. You must slink through a veritable maze of them, noticing that some hold spears. No, they aren't afraid to use them, either...

But then Prelude closes with an average boss encounter and an anticlimax that asks you to tune in again. This episode offers plenty of decent material, sadly mingled with a lot of worn out adventure game tropes. Honestly, I never thought that the minds of serial killers would be so full of cliches and bereft of excellent, frightening details, but apparently I was wrong. And yet, there was enough solid content on display here that I still want to check out the other titles to see if the tale improves with subsequent chapters. One can only hope...

If you enjoyed this Doorways: Prelude review, you're encouraged to discuss it with the author and with other members of the site's community. If you don't already have an HonestGamers account, you can sign up for one in a snap. Thank you for reading!

© 1998-2021 HonestGamers
None of the material contained within this site may be reproduced in any conceivable fashion without permission from the author(s) of said material. This site is not sponsored or endorsed by Nintendo, Sega, Sony, Microsoft, or any other such party. Doorways: Prelude is a registered trademark of its copyright holder. This site makes no claim to Doorways: Prelude, its characters, screenshots, artwork, music, or any intellectual property contained within. Opinions expressed on this site do not necessarily represent the opinion of site staff or sponsors. Staff and freelance reviews are typically written based on time spent with a retail review copy or review key for the game that is provided by its publisher.