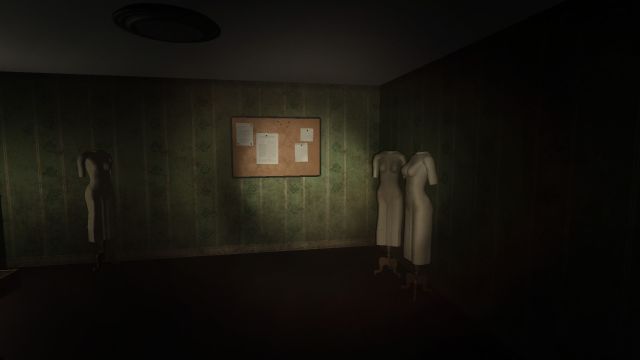 Haunted house video games tend to go something like this:

Part One: Introduction, Where We Discover Our Hero's Motivation

No one enters an allegedly haunted house "just because." They only believably do so when they either have some sort of stake in entering, they feel duty-bound to get inside and/or they don't actually believe any ghostly phenomena are afoot. The horror game Alone? introduces you to Sam, a protagonist who returns to his family's hostel to locate his sister, Michelle. For a while now, she's been sending Sam letters explaining that she feels something is amiss in the hostel, and would feel safer if he kept her company. Unfortunately, as he gets to the place, she's nowhere to be found, and she's definitely right that something is off...

On paper, this sounds like a solid premise. Any good dude would enter a possessed manor for his beloved sibling. However, as you advance, you read strategically placed notes that show us Sam and Michelle aren't exactly close. Their relationship soured over the years, mostly because of incidents involving Sam's uncle and how Michelle responded to them.

This revelation leaves you constantly questioning the game's tale, though thankfully to its benefit. Rather than a cut and dry, predictable motivation, we end up with a conflicted relationship that tell us that perhaps Sam, despite his complicated past, wants to welcome Michelle back into his life. This notion prompts you to examine the (often decently written) notes and the plot more closely, perhaps looking for information that supports any theory you could have revolving around Sam's willingness to enter the creepy abode.

We've established a solid enough motive to enter the accursed place, so we should be moving right into a good, spooky experience.

Sadly, Alone? falters a bit in the opening sequence. Play control is sensitive, and you end up moving the camera at ridiculous speeds with the slightest touch of the mouse. Thankfully, you can adjust mouse sensitivity, but even then you'll find it tricky to strike a happy medium. 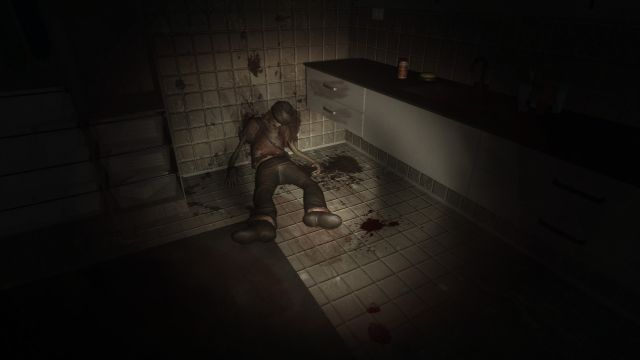 Once you've got the controls down, you can explore the house in earnest. The first few rooms should be tense, yet quick. We don't want to linger in one space for too long, otherwise the pace drops. This title thankfully skips lengthy or obtuse puzzles in its early outs, providing you with an obvious enough trail to usher you along efficiently and immerse you in the experience early. Ideally, though you want to hurry the introductory events along, you also want to offer players enough interaction to keep them engaged. In that domain, Alone? succeeds again by giving you enough stimuli to inspect without forcing you to anally check every little detail.

In standard fashion, an antagonistic force makes its presence known early on. While moseying through a hallway, you glimpse a dark, somewhat humanoid figure shrouded in black smoke. The thing glides past your path, apparently oblivious to your existence. Meanwhile, you stand still, realizing it just floated into the next room you need to enter, and now you refuse to advance. However, you buck up and press on despite your fears, expecting to eventually turn tail and W key your way to a possible hiding spot.

But the room stands empty, and you know now that the game is toying with you...

It continues to do so from here onward. You hear whispers in a dark corner of a bedroom, though nothing lingers in that space. Later on, footsteps clop on the floor behind you, though you see nothing when you turn around to investigate. At another point in the proceedings, you enter a hallway and try to open a door, only to find it locked. You spin around and the door you came through is gone, replaced by furniture. You realize just then the smoky spirit is playing with you like a cat batting around a mouse, watching you squirm before it consumes you.

Though there's plenty of psychological torment, the devs aren't above above hitting you with some decent jump scares, too. At one moment, you even round a corner and nearly bump into a mannequin. Right as the blasted thing appears, a thud sounds on your speakers, just about scaring you out of your computer chair. 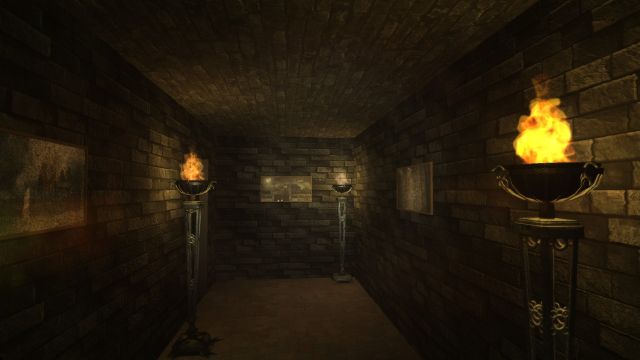 Honestly, though, I'm of two minds about the scare factor presented here. It's decent, effective stuff, to be sure. The experience is leagues ahead of a large share of the nonsense associated with PC horror games, especially those believed by many to be minimally developed "cash grabs." However, Alone? is undeniably familiar. Enter a house, listen to whispers, see the occasional horrific image flash across the screen... Sadly, writers and developers have mined this sub-genre of its fresh concepts. Any developer producing a new haunted house simulator these days needs to turn the category on its head to make it effective.

Part Four: Puzzle Your Way Out

Middle sections hit you with puzzles or fetch quests, some of which are easy to solve. This title sends you to search for piano keys, then play certain notes to open a safe. You also hunt for keys quite often, mainly so you access other regions of the hostel. Most of this is standard horror game fare, though it's quite contrived and seems to be placed there to pad the campaign's length out. The main positive you can get from these challenges is that they boost the experience's interactivity, rather than forcing you to merely wander and stare at things.

Everything comes undone at some point. Your character makes a grim revelation, and that changes the perspective of the investigation. This is usually where your view of the plot completely transforms, or the environment changes entirely. In Alone?, both situations come to fruition, where you discover the darker secrets of regarding the hostel and the ghostly presence. Mold begins to grow all over the walls, as if the house itself is threatening you. Undaunted, you progress until you finally see the ugly truth... 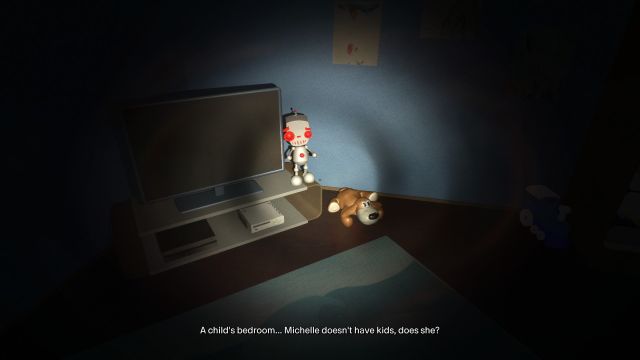 And really, it's not all that surprising. You feel like the game was building up toward some major revelation, but once you behold the big reveal, you only say, "Yeah, that makes sense." While it jibes with the plot, it's no less anticlimactic.

Part Six: The Conclusion
And then it all ends with a moderate climax. Thankfully, this adventure doesn't go down any silly avenues with its conclusion. It doesn't throw any cringe-worthy twists like "it turns out you're actually insane!" It gives you one final scare before the credits roll, and you leave feeling like you didn't completely waste your time. Alone?'s biggest sin is that it's a derivative product, though it's thankfully painless and sometimes actually effective.

If you enjoyed this Alone? review, you're encouraged to discuss it with the author and with other members of the site's community. If you don't already have an HonestGamers account, you can sign up for one in a snap. Thank you for reading!

© 1998-2021 HonestGamers
None of the material contained within this site may be reproduced in any conceivable fashion without permission from the author(s) of said material. This site is not sponsored or endorsed by Nintendo, Sega, Sony, Microsoft, or any other such party. Alone? is a registered trademark of its copyright holder. This site makes no claim to Alone?, its characters, screenshots, artwork, music, or any intellectual property contained within. Opinions expressed on this site do not necessarily represent the opinion of site staff or sponsors. Staff and freelance reviews are typically written based on time spent with a retail review copy or review key for the game that is provided by its publisher.