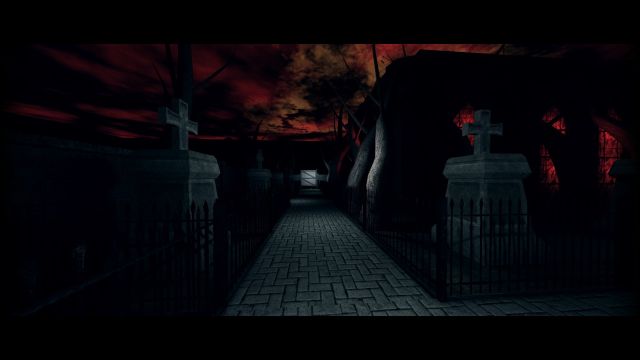 White Mirror told the tale of a man who broke into an obviously haunted house because a friend of his asked him to do so. I wish I could relay more of that game's narrative to you, but its translation is so shaky that I couldn't make head or tail of its developments. For all I know, its final moments could have hinted at a whole upcoming franchise of games revolving around the "thrown house" and its titular possessed relic.

After all, there is a prequel available, entitled The Lost Souls.

This installment follows a family who enters the aforementioned haunted villa, long before White Mirror's protagonist set foot in it. In fact, they even find the mirror itself and for whatever reason shatter it. Seven years of bad luck would've been a treat compared to the prize they receive: a one-way trip to Hell. One of the family members comes to in Perdition, and immediately realizes he needs to leave on the double.

Sigh and roll your eyes all you want at this premise. It denotes a level of improvement in developer GDNomad's translation ability. No, Souls doesn't offer perfect localization, but damn it, at least I know what's happening this time around. Even after I completed the game, I could delight in knowing that its tragically disappointing ending was coherent. 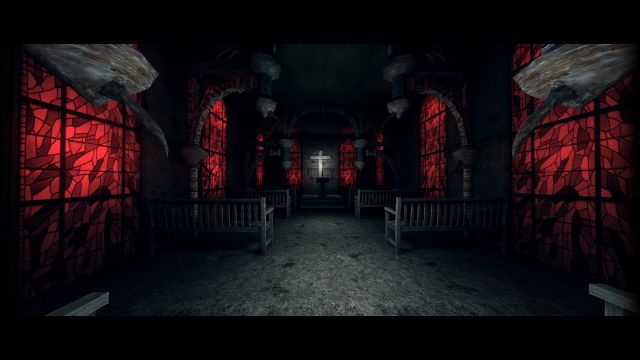 This title first thrusts you into a segment similar to its predecessor's opening phase. Your primary objective is to enter a locked demonic church, complete with crimson windows and horrific, hidden faces tucked into its architecture. The environment around it exudes a depressing, lifeless vibe that actually works surprisingly well. However, the church's grounds consist of simple walkways and mostly empty space, with only two obvious standouts features that serve as your way into the satanic chapel. No other bogey or demon or danger lies in wait for you, save for one lousy jump scare.

Instead of attempting to survive against perilous odds, you complete a "puzzle" that tells you how to solve it in the clue it offers. "Type this backwards: 6 5 4 3 2 1," it says. You do so and a doorway opens, revealing the first of many switches that will drive you mad. Never mind eternal damnation; these switches are the guys you want to worry about. The lever opens the church, you complete another "type this message backwards" puzzle and enter an area previously barred by a trapdoor. Level one concludes.

That's it. You're done with a pulpy chunk of the campaign, and you've only spent about ten minutes to get here. Already, you should feel just as underwhelmed as you did in other Infernal Dream titles.

Level two looks great, with torch lights illuminating dungeon bricks with perfect brilliance. It's a moody sort of setup, with a couple of sunken floors, two puzzles and barred chambers. You check out the puzzles, trying to remain aware of any hellspawn that might sniff you out. Both challenges are "type backwards" fare, and now you know for sure that this adventure is only going to toss the simplest tasks your way. Each of these riddles lead you to swimming segments bereft of hazards, leading to two more switches. You throw them and return to a crossroads near the beginning of the stage, where a lattice stood locked. Souls now ushers you into level three. 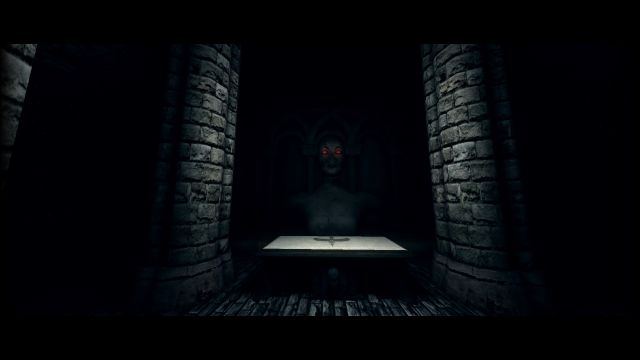 ...and promptly crashes. Hopefully you saved at this point, because the game doesn't utilize an autosave function. Worse yet, these crashes occur frequently, usually between levels or loading save files.

Stage three starts with a talking statue that demands three artifacts. You need to snag them from the depths of a temple, which merely consists of a staircase and two corridors with prison cells. During my playthrough, I managed to snag the firs two relics off the bat. As I homed in on the third one, the antagonist from White Mirror appeared and killed me by running in place next to me. Ah, some things never change...

I reloaded my file and the game crashed yet again. I rebooted the title again, against my better judgment, and carefully tiptoed around the section where the monster dwelt. Three cells stood locked, operated by three more switches. I entered all of them, but to no avail. As it turns out, the artifacts despawn if you reload your save file, and the game randomizes their location each time you begin the stage. I needed to play through level three in one go, without perishing or crashes.

As you can probably tell, none of the content up to this point has been in any way interesting or entertaining, save for maybe the presentation. You mosey around a few very simple levels, run away from a monster once and that's it. I can't even call this experience mediocre, because it's so devoid of depth or actual horror. It goes far below being merely underwhelming, and yet it's somehow just slightly better than its predecessor. I'll give it that. 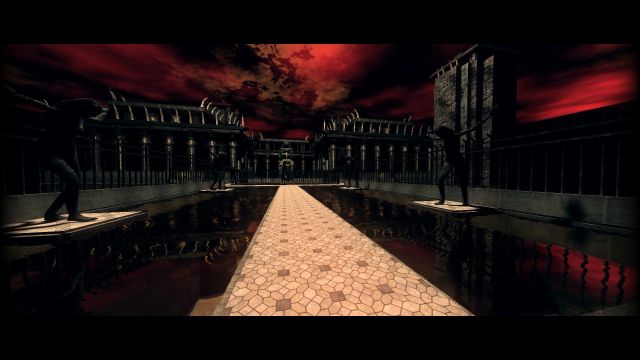 After numerous tries, I got through the third stage mess and took on the fourth level. Blood red skies and a tremendous, demonic structure stood before me, with a courtyard obviously wrought from nightmares. If nothing else, Souls delivers in regards to striking, dark visuals. Kudos to that at least. Sadly, the game also crashed a couple of times at this point, spoiling whatever lead it gained from its presentation.

The fourth chapter is a love letter to switches. A gate prevents you from accessing the White Mirror, and only opens once you've scoured the level and thrown every lever. This really is Hell, isn't it? A few of them sit in the open, but others remain submerged beneath watery depths. Ultimately, you locate the switches without much difficult, and mosey on to the mirror. The demon from the previous stage guards it, but giving him the slip isn't tricky in the least. I simply waited until his back was turned and ran past him. He didn't even aggro.

Finally, you reach the mirror and hope the next few challenges deliver more haunting imagery and better puzzles. A cutscene commences, and the game ends. That's it. The Lost Souls is even briefer than its predecessor, but just as underwhelming. Granted, it shows some improvements where translations and visuals are concerned, but it only represents a marginal improvement over White Mirror. Maybe we'll see better published content from Infernal Dream one day (I'm not holding my breath), but Souls isn't it.

If you enjoyed this The Lost Souls review, you're encouraged to discuss it with the author and with other members of the site's community. If you don't already have an HonestGamers account, you can sign up for one in a snap. Thank you for reading!

© 1998-2021 HonestGamers
None of the material contained within this site may be reproduced in any conceivable fashion without permission from the author(s) of said material. This site is not sponsored or endorsed by Nintendo, Sega, Sony, Microsoft, or any other such party. The Lost Souls is a registered trademark of its copyright holder. This site makes no claim to The Lost Souls, its characters, screenshots, artwork, music, or any intellectual property contained within. Opinions expressed on this site do not necessarily represent the opinion of site staff or sponsors. Staff and freelance reviews are typically written based on time spent with a retail review copy or review key for the game that is provided by its publisher.