Theres a moment where a bunch of survivors are huddled together on a raised platform surrounded by velociraptors. All the doors are locked, and the only way to open them up again and escape is situated on a panel on the ground floor, which is currently patrolled by face-eating dinosaurs. Theres not many options available to the group; they either hang around and give the raptors time to figure out how to reach them, or they find a way to reach the door switch. Problem here, is that cooperation isnt the groups strong point; theyre fractured, suffering constant infighting borne from the wildly different priorities they all hold. Eventually, though, a plan is hatched. A distraction is planned while one of the group volunteers to try and sneak around the pack.

For a second, all the hostility is forgotten in recognition of this selfless, probably suicidal act. They know one of them is going off to die so the rest might survive, but, even then, one of the scientists has to be shushed from correcting someone else when taunting the dinosaurs with lizard slurs. Its a tense moment, but its also touching and even a little funny. Then, you have to do a series of quick time events designed to aid the sneaker in his sneaking. If you mess it up, you get to watch the entire scene again. I watched it four times. It had ceased to be both funny and moving by this point. 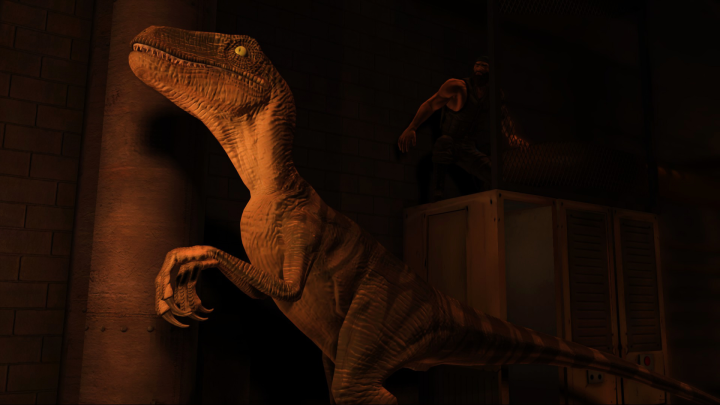 Quick Time Event: The Game doesn't so much as do this regularly as it does this all the bloody time. Forgoing all that light puzzle nonsense Telltales previous titles had leant on, here, everything is powered by timed button prompts that fuel actions as complex as walking forward or picking stuff up. Its almost impressive to see the scope of awful excuses the game finds to have you press up three times in under a second except, its really not.

For the most part, it makes little contextual sense. The idea behind QTEs has always been to make you feel more involved in static cutscenes that would otherwise give you zero direct control. With this in mind, youre asked to press left to dodge to your left, or up to jump. Unless youre this game, wherein you press left, up, down to jump. The other reason is that the worth of nailing these events is completely arbitrary. Sometimes messing up a button press means someone gets eaten by a T-Rex, or trampled to death by a triceratops; sometimes it means you run up a staircase in a slightly discoordinated fashion. All that suffers is your meaningless grade for surviving an isolated event with drops from gold, to silver, to bronze. 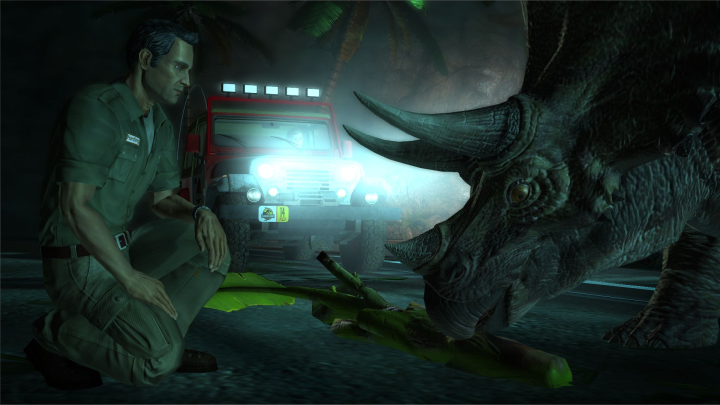 It would be harsh to suggest that Jurassic Park: The Game was the beginning of the end of Tellatle, but it certainly was around the point when the studio stopped putting hard focus on single projects and broke their team up to cover as many of their licensed IPs as they possibly could. The games that came before this, The Walking Dead and The Wolf Among Us, continue to be company stands outs despite sharing the idea that player activity should be frowned upon, because they invested hard in their cast and in the story they wanted to tell. And it should have been easy to transfer that to this game; I should be pissing out parallels between Lees plight in keeping Clemintine alive in a town filled with zombies and Gerrys struggle in keeping his daughter, Jessica, in one piece while trapped on an island full of hungry dinosaurs. But he seems more interested in chiding her for mild misdemeanors while staring teeth-filled oblivion square in the mouth. The games cast is well voiced, but seem constantly hamstrung by bad writing. The actions they take are less governed by the rational thinking of intelligent individuals, and more tailored towards pushing them towards a series of unlikely events. Gots to shoehorn that narrative in somehow, I suppose.

There was a conclusion here, but you didnt press left, left, down quick enough to trigger it. Click here to try again.
2/5

If you enjoyed this Jurassic Park: The Game review, you're encouraged to discuss it with the author and with other members of the site's community. If you don't already have an HonestGamers account, you can sign up for one in a snap. Thank you for reading!

© 1998-2020 HonestGamers
None of the material contained within this site may be reproduced in any conceivable fashion without permission from the author(s) of said material. This site is not sponsored or endorsed by Nintendo, Sega, Sony, Microsoft, or any other such party. Jurassic Park: The Game is a registered trademark of its copyright holder. This site makes no claim to Jurassic Park: The Game, its characters, screenshots, artwork, music, or any intellectual property contained within. Opinions expressed on this site do not necessarily represent the opinion of site staff or sponsors. Staff and freelance reviews are typically written based on time spent with a retail review copy or review key for the game that is provided by its publisher.