I never heard of this title until I played it on emulation one lazy afternoon. Ghost Chaser Densei caught me unawares, having such great gameplay and being quite addictive for all the right reasons. 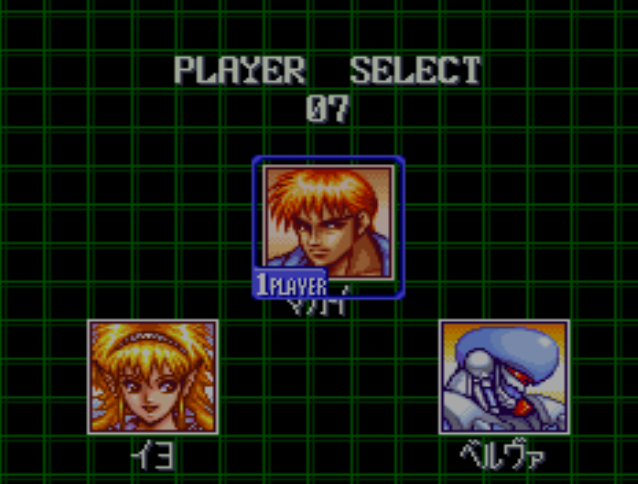 You begin the game by making your choice out of three playable characters. Makai being the average, short-ranged martial artist with affinity to fire attacks, Iyo, a female human/monster hybrid who is quick on the move but weak in strength, uses a massive morningstar to bludgeon the enemy, and Delva, a heavy duty robot who is slow in the take but makes short work of most enemies with its tremendous strength and energy attacks. All three embark on a mission to eradicate "ghosts," criminals who aren't detected by basic means and dwell in crime-related activities within the city. 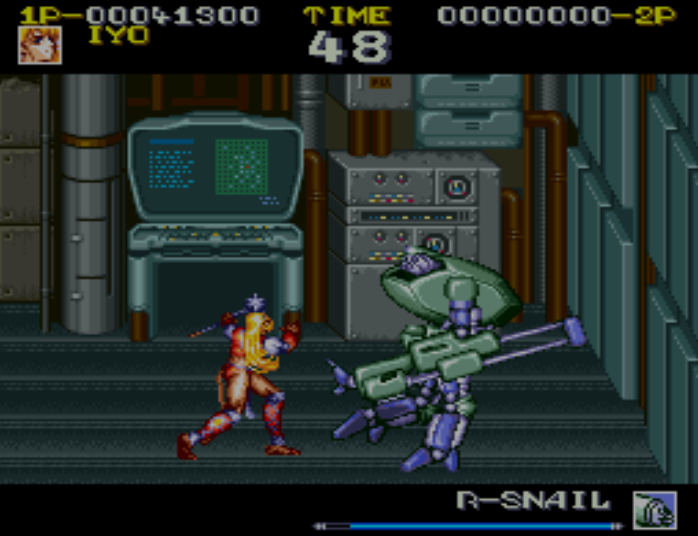 Ghost Chaser Densei shines quite brightly in gameplay and mechanics, having a myriad of moves that can be easily input with your controller, and other more powerful special moves that are achieved by a combination of joypad and buttons. Along with these you can also deliver a powerful blow that knocks away enemies at the cost of a fraction of your health as with many games of the genre. There is an extra bar below it that depletes as you use special attacks and refills automatically as long as your character remains still. You can also juggle falling opponents and hit them while on the ground, as well as knock them away while your character is on the ground as they get up. You must be careful for enemies can also do the same to you if you drop your guard and make the mistake on underestimating them. Another thing to watch out for is that you only have one life therefore you must keep your character's health bar as full as possible during gameplay. There are a limited number of continues as well. 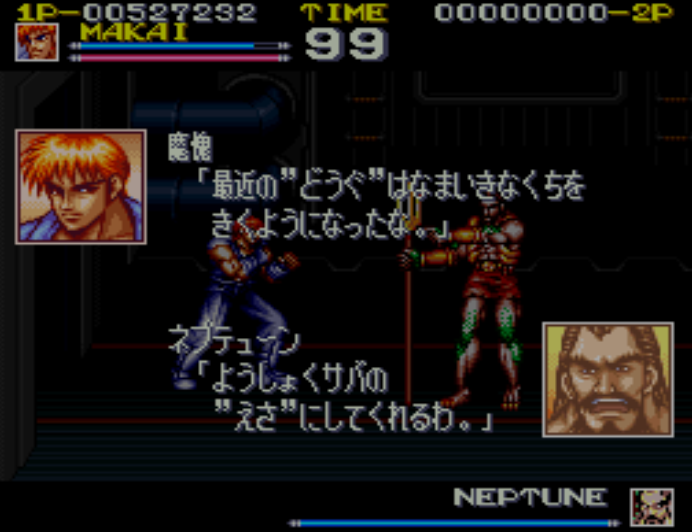 The music and sound are pretty well done. You can feel the action while beating up baddies and jamming through with the soundtrack. Bonus stages include an enclosed location where holograms appear and you must avoid innocent civilians from criminals as the game keeps tally of your score during such. 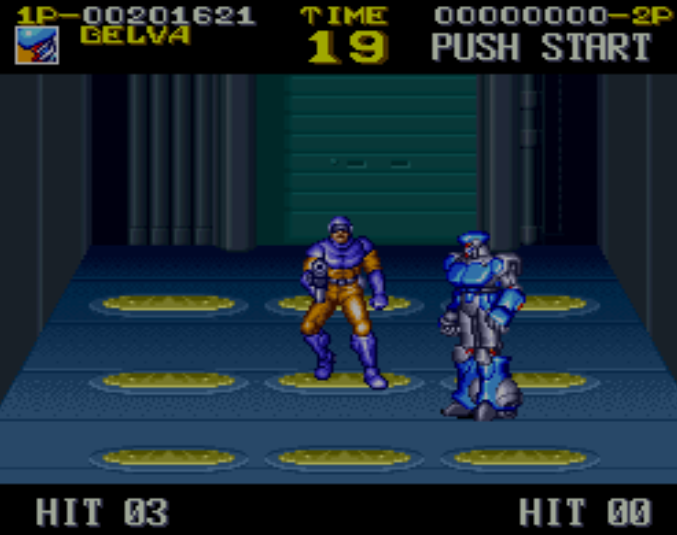 The game has a total of 5 stages but it does not feel short or exhausting. You can pretty much enjoy every single second of it defeating enemy after enemy and still be pumped up to advance to the next level. While enemies are repeated, they don't seem to grow boring; some even gain more abilities making your experience fresh in pretty much every stage of the game itself. Boss battles seem a bit generic and might cause to make you lose a bit of interest in fighting them, while others are pretty engaging and quite challenging. Of course the last boss would be near impossible to defeat and that would suit me fine really. The journey through this game is more than enough to have me satisfied. 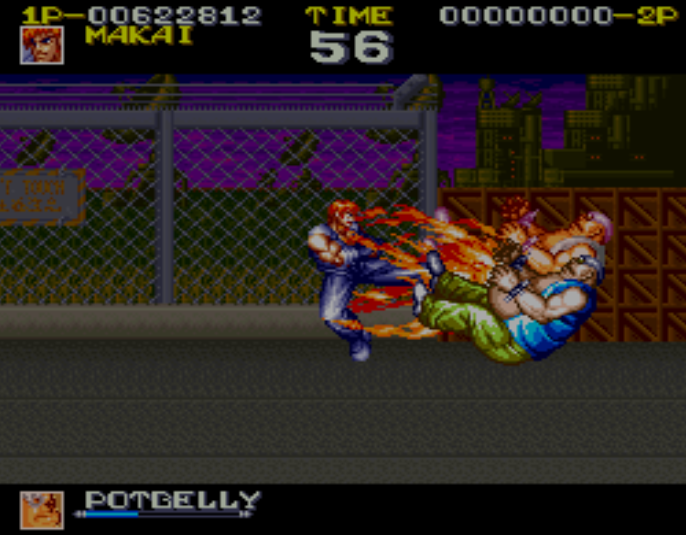 There is very little to nitpick at Ghost Chaser Densei other than not having an American release. It is quite a shame really, being that this beat'em up would place the SNES in line with SEGA's Streets of Rage series quite nicely. Not that Nintendo didn't have anything of the sort with its Final Fight series showcased on their 16-bit system among others, but Ghost Chaser Densei is definitely another type of monster altogether when it comes to the genre. A must play if you have not tried it out.
4/5

If you enjoyed this Ghost Chaser Densei review, you're encouraged to discuss it with the author and with other members of the site's community. If you don't already have an HonestGamers account, you can sign up for one in a snap. Thank you for reading!

© 1998-2020 HonestGamers
None of the material contained within this site may be reproduced in any conceivable fashion without permission from the author(s) of said material. This site is not sponsored or endorsed by Nintendo, Sega, Sony, Microsoft, or any other such party. Ghost Chaser Densei is a registered trademark of its copyright holder. This site makes no claim to Ghost Chaser Densei, its characters, screenshots, artwork, music, or any intellectual property contained within. Opinions expressed on this site do not necessarily represent the opinion of site staff or sponsors. Staff and freelance reviews are typically written based on time spent with a retail review copy or review key for the game that is provided by its publisher.