Ghost in the Shell was one of the many PlayStation titles I was very lucky to try out while my days as a Blockbuster Video employee, certainly a treat being that not many Anime based games were ever approved to be distributed in the US then as they do now. The game was released in the US after the highly praised movie was shown in theaters and it does try to get that feel you had experienced while watching the film to a point, including most of the cast and voice actors who sound as close to its movie counterpart, along with tantalizing anime cutscenes and 3D graphical briefings before each mission. Its certainly a whole thing on its own. 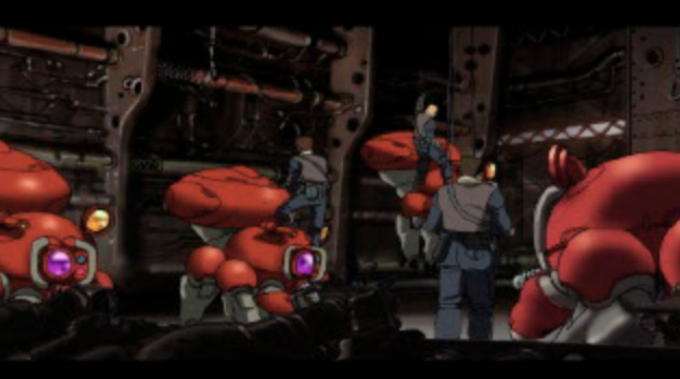 You play the role of a rookie who has been recently recruited to be a member of Public Security Section 9, aiding in fighting off a terrorist group known as Human Liberation Front. You then suit up inside the spider-like Tachikoma tank and cruise through different areas within the city stopping members of the cult and stopping their violent activities. The Tachikoma tank is able to walk in virtually any surface effortlessly, taking combat to a whole new level of experience and it has unlimited ammo along with missiles which can be deployed whenever you hold down the fire button. You can also collect grenades which can clear a cluster of enemies and deal more damages to bosses. Before you battle a boss you at times must clear objectives such as defeating certain enemies that hold keys to advance, otherwise the game is pretty linear at some instances. The Tachikoma tank handles smoothly, although it can be confusing whenever you advance through multiple surfaces. It is a good thing you are equipped with a radar so you may not lose your way. Each stage is also timed, so you cannot stay idle for long. A score system is awarded after watch stage with a rank which adds to your high score whenever you finish a game and you only have one life throughout the game itself, with unlimited continues should you fail at any point. You can continue from the last stage you ended, or can revisit previous ones. The sound is quite pleasant, with an electronic soundtrack composed exclusively for the game which sets its environment quite nicely. If you are a fan of the music genre GITS is a delight to play. The English dubbing of voice acting is a bit rough on the edges, but it is quite neat that the developers of the game got people who sound almost the same as the ones from the animated film, if not the voice actors themselves. The Tachikoma tanks have a voice and personality of their own, making it for hilarious scenes as well. Graphics in the game are quite smooth and well rendered, with stages amply designed for the style of gameplay. If anything, GITS excels in presentation with its extravagant animated intro and cutscenes. 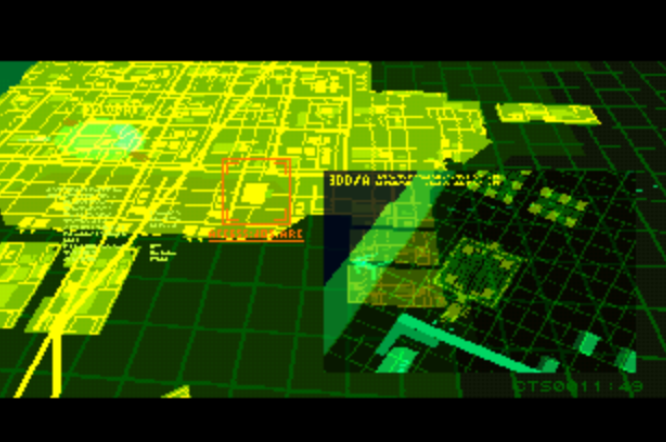 Other modes of play include training sessions which have you shoot your way within a shooting gallery with a Tachikoma tank waiting at the end. Depending on how you do you will be rewarded with a unique Anime cutscene either praising or scolding your performance. These scenes are often amusing as well. Scoring system for training mode is separate from the main game. Ghost In The Shell is a modest shooter with intriguing concepts and quite a feast for the eyes and ears. Quite a collector's item for its uniqueness and fun modes of play. For the casual Anime fan this would also be an exceptional addition to their library of Anime related collection. Its simply a one of a kind game, a gem buried within the extensive catalog of PSX games from the era.
4/5

If you enjoyed this Ghost in the Shell review, you're encouraged to discuss it with the author and with other members of the site's community. If you don't already have an HonestGamers account, you can sign up for one in a snap. Thank you for reading!

© 1998-2020 HonestGamers
None of the material contained within this site may be reproduced in any conceivable fashion without permission from the author(s) of said material. This site is not sponsored or endorsed by Nintendo, Sega, Sony, Microsoft, or any other such party. Ghost in the Shell is a registered trademark of its copyright holder. This site makes no claim to Ghost in the Shell, its characters, screenshots, artwork, music, or any intellectual property contained within. Opinions expressed on this site do not necessarily represent the opinion of site staff or sponsors. Staff and freelance reviews are typically written based on time spent with a retail review copy or review key for the game that is provided by its publisher.