After the fantastic port of Champion Edition for Genesis I cannot help but feel Capcom's port of SUPER felt a bit..."super-less." It does have the competitive gameplay of the Arcade original and Capcom's trademark in fighting excellence but this port seems to lack that extra something that made its predecessor such a memorable hit on the Genesis. For my review I will also compare to that of the SNES version to add more detail on what the Genesis port does right and wrong on this adaptation. The graphic quality here actually suffers a whole lot more than even its SCE predecessor, making some stages look like smeared blotches behind characters. 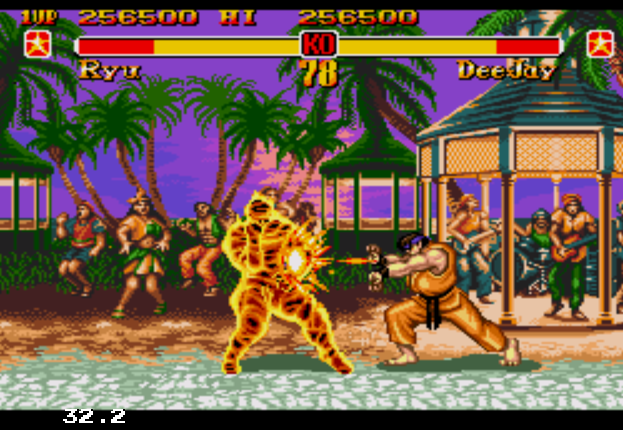 The gameplay is at its core quite responsive, and you will benefit a lot more using the genesis 6-button pad in order to experience the game as intended. Moves are executed with near perfect precision on their input as well. Sound is a bit less impressive than the SNES version, although some tracks in the game do try and make it justice on the source material. However punches and kicks among other sound effects are far superior to its 16-bit rival, along with the fact some sound bites like the announcer at the beginning of each fight is kept on this version, and each stage's BGM remains constant between matches unlike the SNES version. 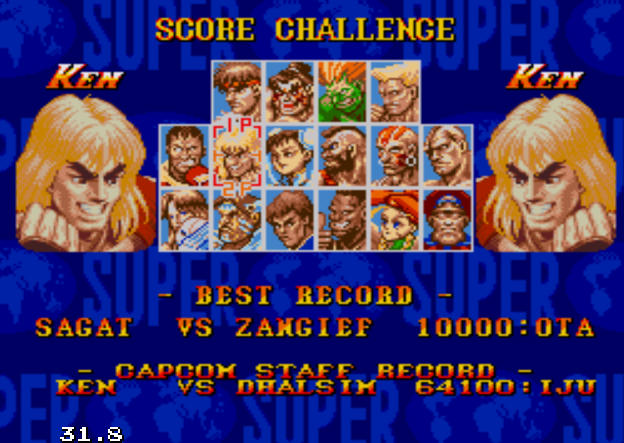 The Genesis port also provides with extra modes just as the SNES does, although it has some extra ones like a Score Time Challenge attack. Other modes are joined in with group mode, tournament mode and so on. 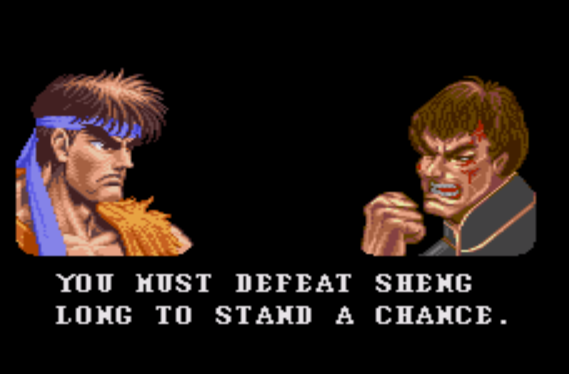 In short, this port pretty much emulates the Arcade original in terms of having the overall count of fighters accounted for and play mechanics, along with extras that are also featured in the SNES version along with bonus stages present. The Genesis simply suffers from graphical design and audio, but it is pretty much playable and enjoyable enough to get your Super Street Fighter II' fix. However if you had an option between the two 16-bit adaptations I would definitely choose the SNES port over this one.
3/5

If you enjoyed this Super Street Fighter II review, you're encouraged to discuss it with the author and with other members of the site's community. If you don't already have an HonestGamers account, you can sign up for one in a snap. Thank you for reading!

© 1998-2020 HonestGamers
None of the material contained within this site may be reproduced in any conceivable fashion without permission from the author(s) of said material. This site is not sponsored or endorsed by Nintendo, Sega, Sony, Microsoft, or any other such party. Super Street Fighter II is a registered trademark of its copyright holder. This site makes no claim to Super Street Fighter II, its characters, screenshots, artwork, music, or any intellectual property contained within. Opinions expressed on this site do not necessarily represent the opinion of site staff or sponsors. Staff and freelance reviews are typically written based on time spent with a retail review copy or review key for the game that is provided by its publisher.