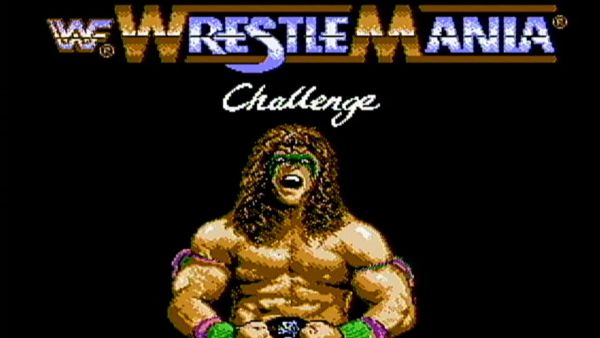 In 1989, developer Rare produced the first home console WWF/E game, WWF Wrestlemania. It was awful. One year later, the same team returned to deliver a sequel with an updated roster and improved mechanics, entitled WWF Wresltemania Challenge. It was marginally less awful.

Right as the game boots up, you hear some wonderful music and think, "Is that David Wise? Oh, thank God!" As always, he brings his music making chops with him, wonderfully rendering wrestler's entry themes in 8-bit. You don't hear entire tracks, sadly, though you do get enough of each cut to evoke memories of the early '90s WWF material. Randy Savage's classic graduation theme, Pomp and Circumstance, is easily recognizable and might leave you craving a certain cylindrical beef product. It's also hard to not sing along to Hogan's theme when it pops up.

The game's presentation saw a decent face life as well. Granted, the shot of Ultimate Warrior on the title screen is unintentionally hilarious, but the in-game visuals are more detailed and less drab than in WWE's previous outing. You battle in an actual arena, complete with color and spectators, rather than in a wrestling ring floating in a cold, dark void between dimensions. The only small gripe I have is a weird one: Rick Rude. Just about every wrestler looks their part except for Rick Rude, who more closely resembles Lance Storm with Sami Zayn's hair. It's like they intended him to be a different wrestler, but decided at the last minute to tack on Rude's name instead. 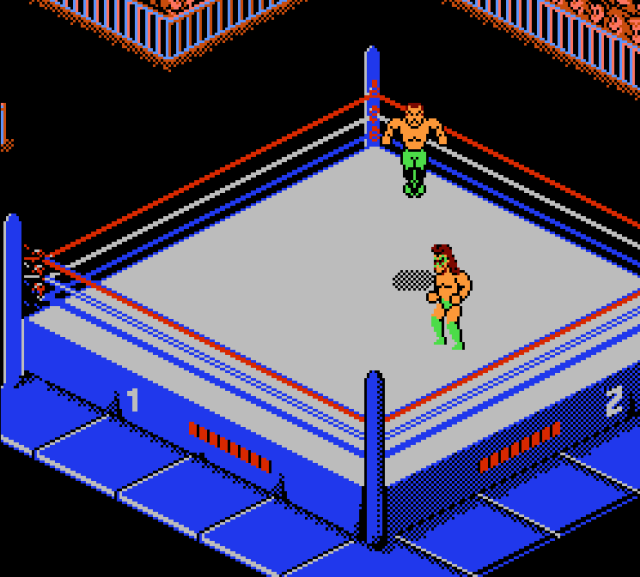 The main menu offers your standard wrestling game options. Single player mode provides a one-on-one exhibition, a tag team match and a Survivor Series event with three-on-three elimination rules. Each of these only takes you through a single match, though. You might search the menu for a tournament or season mode of some kind, and it seems as though such a feature doesn't exist. As it turns out, you can only enter a tournament by selecting "Yourself" in one-on-one. That is, there's a generic wrestler that's supposed to serve as your avatar (though he likely looks nothing like you), and you can only win the world title playing as him.

Although this feature is supposed to feel like wish fulfillment, it misses the mark. You don't get to customize "Yourself," so there's really no point in including such a concept. It's more like you're playing a season as one of the many jobbers with forgettable names who've been destroyed over the years. It's as if Rare said, "Oh, we'll give fans a tournament mode, but they have to play as Marty Garner." It would've been better to let players go through tournament mode as one of their favorites instead. It's a shame, too, because there's a decent roster on offer. In addition to the aforementioned dudes, this installment features Andre the Giant, Brutus "The Barber" Beefcake, Big Boss Man and "Hacksaw" Jim Duggan.

After you make your selections, you and your opponent will appear in the ring and commence wandering aimlessly. For your part, getting the mechanics down requires some practice. Before acclimation sets in, you'll stumble around like a drunk. The screen takes an isometric perspective, so you need to account for diagonal motion and it's a little jarring. Thankfully, offense isn't so difficult to figure out: the A button launches a standard strike, B executes a grapple maneuver (e.g. body slam, suplex, etc.) and the two buttons together commence a special strike. Mostly, this translates to a dropkick, but some guys have their own running attacks, such as Duggan and his football tackle. 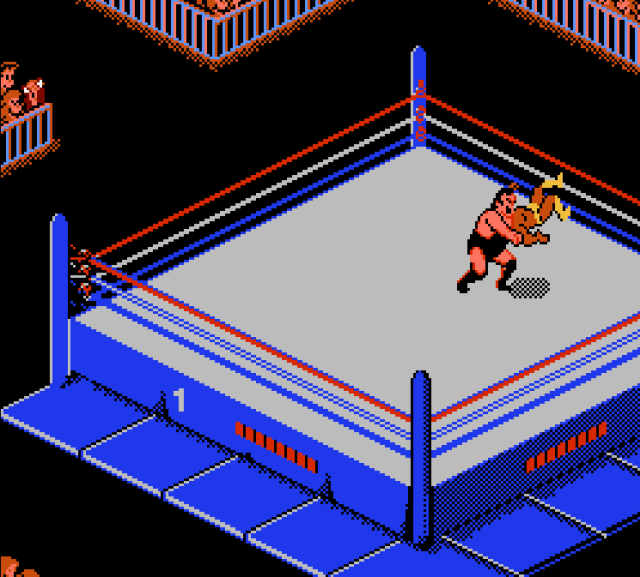 Meanwhile, your opponent moseys all about the ring, often doing nothing in particular. He'll visit one turnbuckle before turning around to punch you in the face. After that, he'll break into a full run to the opposite side of the ring and climb the ropes for no apparent reason. Then, out of nowhere, he'll launch a calculated assault. You'll return his hits and slams with some of your own, and that's when he goes back to confused ambling like he forgot what he was doing. You'll to try to diminish those last few bars of his health meter, and he'll keep slipping away. If you're lucky, you might be able to hit him with a back grapple move, like a sleeper or an atomic drop (or a Rude Awakening, if you're playing with Rick Rude).

This all seems like a fair enough setup until you've played a few times or gotten through a few stages of the tournament. For one thing, you notice that the easiest way to win matches is to spam your slam. You simply have to walk up to your foe--assuming you can catch him while he's dawdling--and mash B while praying the controls respond properly. Follow up each throw with a leg or elbow drop, and repeat the process until he's ready to pin and that's it. This is a boring strategy, but opting for a more varied assault isn't as effective. Your special attack is especially a liability, because most opponents dodge it easily while you lose hit points pulling it off. 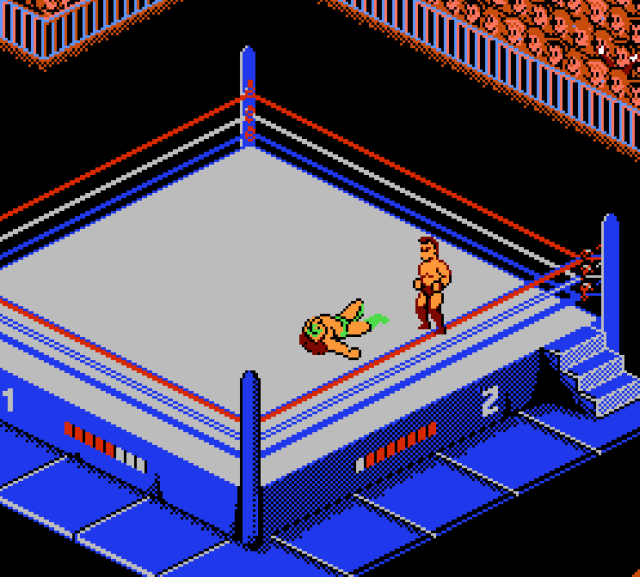 Worse yet, the game sports some questionable hit detection. I've had kicks pass through my adversaries, as well as body slams that registered when I shouldn't have been close enough to manage one. And as you can imagine, I've attempted grapples right next to adversaries, only to see my character throw his arms out uselessly. Meanwhile, I was the one on the receiving end of a nasty suplex.

Despite those snags, Challenge remains mostly playable, even more so than its predecessor. I was actually able to get somewhere in the tournament mode this time around, though I didn't exactly have the time of my life. Honestly, it was quite tedious. Though each wrestler possesses their own move set, matches against each of them play out the same way. Even still, I have a hard time recommending this title except to the most nostalgic of wrestling gamers. WWF Wrestlemania Challenge is an improvement over the previous WWF/E title, to be sure. However, that game was a train wreck, so Rare really had nowhere to go from there but up.
2/5

If you enjoyed this WWF Wrestlemania Challenge review, you're encouraged to discuss it with the author and with other members of the site's community. If you don't already have an HonestGamers account, you can sign up for one in a snap. Thank you for reading!

© 1998-2020 HonestGamers
None of the material contained within this site may be reproduced in any conceivable fashion without permission from the author(s) of said material. This site is not sponsored or endorsed by Nintendo, Sega, Sony, Microsoft, or any other such party. WWF Wrestlemania Challenge is a registered trademark of its copyright holder. This site makes no claim to WWF Wrestlemania Challenge, its characters, screenshots, artwork, music, or any intellectual property contained within. Opinions expressed on this site do not necessarily represent the opinion of site staff or sponsors. Staff and freelance reviews are typically written based on time spent with a retail review copy or review key for the game that is provided by its publisher.