Im not sure exactly what I expected from Draugen. But it probably wasnt a three hour long walking simulator with an insulting overly-vague ending that wrapped up precious little.

Thats probably a bit unfair -- no, that is unfair, -- but for every little bit of brilliance wrung from Draugens attempts to find a lot of missing people, theres an equally puzzling sense of incompleteness. Its maddeningly ambiguous in a way that a better fleshed-out game could get away with, but, in a game so willing to skip over content, here, it just feels like theres massive holes in the story you have no way of filling. And thats a problem when youre running with a game where, really, telling a story is the only true strength you have.

Because Draugen is one of those walking simulators that seem so popular these days. Only, Im not convinced that was always the plan; early discussions with the developers hinted at fumbling around in the night with something horrible snapping at your heels. This made sense; for those who have put some time into Skyrim (which is, more or less, everyone) the games title will sound familiar. The draugen are a kind of Nordic zombie, which seem like the sort of pesky fellow who would want to stalk people from the shadows in all kinds of creepy ways. But it never happens; Red Thread Games have openly talked about how the games focus shifted during development, which is very much a thing that happens, and the vast majority of horror has found itself removed as a result. The problem is what its replaced by; the problem is its not replaced by much at all. 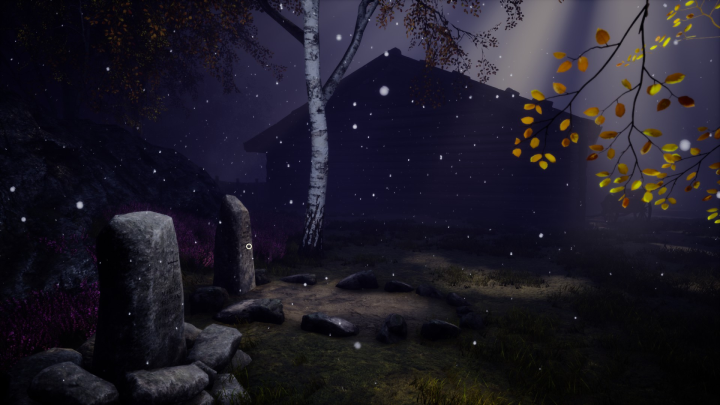 Its now a game primarily focused on searching for answers. Edward Charles Harden is an American scholar searching for his lost sister, who thinks hes tracked her down to a remote island on the outskirts of Norway. However, its the 1920s, so rather than tag her on Facebook, hes forced to make the audacious journey guided only by mail correspondence some several months old. Its a real shot in the dark, but one hes desperate enough to make. He makes the trip alongside his teenage ward, Alice, and discovers two very important things shortly after arriving. Firstly, that the island is ridiculously beautiful, situated inside a crown of snow-capped mountains and inhabited by untouched greenery and crystal-clear fjords. Theres a real postcard-quality idyllic vibe running throughout the isle, which youll have plenty of time to appreciate; its also completely abandoned.

Meaning you now have two mysteries on your hands: what happened to your sister as well as what happened to everyone else. For brilliant little slithers of time, Draugen does an excellent job of making you question the relationship between the two sets of disappearances; was your sister caught up in some senseless mass evacuation, or did she bring this fate down on the small population herself? In a short amount of time, you find yourself pondering a lot of intertwining questions. What you discover is varying degrees of vagueness.

If the games dual mysteries do anything, they prove both the effectiveness and the ruin of being purposefully vague. Viewed as standalone tales, one mystery doesnt explain everything, but it explains enough to bring a sense of conclusion. Its effective and gripping because it knows you seek answers for the questions youre posed, but it makes itself fuzzy around the edges. You have the big answer, but you dont have all the answers and, rather than suffer encyclopaedic info dumps in an attempt to spell everything out in crayon, youre left to fill in the blanks through the things that youve seen and the conversations youve had. In a genre infamous for its complete lack of interaction, its the best (and, really, only) way to make the player feel involved. 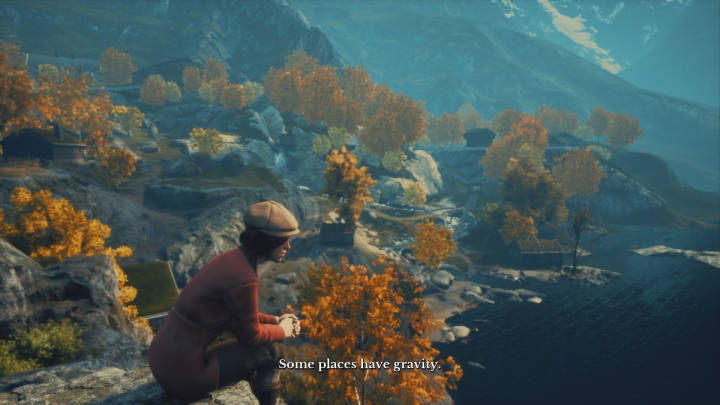 And then theres the second mystery. Despite spending much of the game uncovering clues, and finding pieces of what seems to be a much larger jigsaw, the other mystery is resolved with a weary shrug. Nothing definitive, not even enough to form an educated opinion from; the entire thread is casually written off during a disinterested conversation where you can advance a line of probables and maybes with little to no factual backing, and then forget it was ever a thing. Its completely the wrong kind of vague; not the kind thats offered you enough to work your own theories around, not enough to provide any sense of accomplishment. Its the kind of insulting vagueness that makes you feel like youve wasted a small slice of your life in the pursuit of absolutely nothing. Which simply drives home the idea that theres a hole in this game; theres content that was supposed to be there that simply isnt.

Thats how Draugen ends; not with a wistful glance at the natural beauty of the island the pair eventually vow to leave behind, and not bolstered by the discoveries they have made and the small victories theyve forged together. No, thats all mercilessly devoured by the damp combination of wasted time and wasted potential. Things end, and youre left to wonder if youve done something wrong somewhere, made a wrong choice or failed to discover a McGuffin that triggers some kind of revelation, granting much-desired explanations. Theres not; Draugens strictly a very linear affair. Its not you who have failed to discover content in the game; its Red Thread who has failed to deliver it.
2.5/5

If you enjoyed this Draugen review, you're encouraged to discuss it with the author and with other members of the site's community. If you don't already have an HonestGamers account, you can sign up for one in a snap. Thank you for reading!

© 1998-2020 HonestGamers
None of the material contained within this site may be reproduced in any conceivable fashion without permission from the author(s) of said material. This site is not sponsored or endorsed by Nintendo, Sega, Sony, Microsoft, or any other such party. Draugen is a registered trademark of its copyright holder. This site makes no claim to Draugen, its characters, screenshots, artwork, music, or any intellectual property contained within. Opinions expressed on this site do not necessarily represent the opinion of site staff or sponsors. Staff and freelance reviews are typically written based on time spent with a retail review copy or review key for the game that is provided by its publisher.