Alternate Jake Hunter: Daedalus - The Awakening of the Golden Jazz is a visual novel detailing the pivotal first case that turned a young Japanese man named Saburo Jinguji into the capable investigator alert western gamers may recognize today as Jake Hunter. Dating back to 1987 and making its first appearance on the Famicom Disk System, the Jinguuji Saburou franchise has seen dozens of installments released in the land of the rising sun over the last three decades and change. In the west, a handful of them have arrived as entries in the much leaner Jake Hunter series, but those haven't been especially successful at finding their audience. An origin story could be the perfect remedy, provided the tale it tells is one that's genuinely worth hearing.

Daedalus, as I prefer to call the game when I'm feeling a little too lazy to type out its unwieldy full name, begins with Saburo regaining consciousness in a dark, cramped space and struggling to remember who he is and where he might be. He spies his cigarette lighter, and that sight triggers a memory of his grandfather, a bearded private investigator who for a long time made his home in New York City. Saburo recalls a time during his youth when the man taught him the secrets of good investigative technique. That memory reminds him that more recently he has embarked on a personal mission with a sad objective: determine who killed said grandfather. 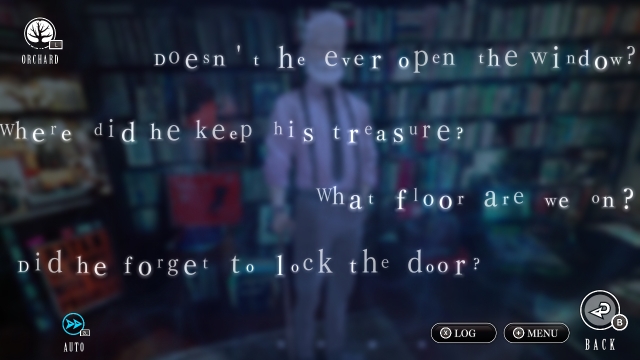 The game is very careful with its plot, stingily revealing initial details at a snail's pace while gentle piano music sets a mostly pleasant tone that threatened to put me to sleep when I played early sessions in the evening. As the story progresses through several chapters, the compositions become less timid and more insistent while the plot beats they accompany undergo a similar evolution. By the very end of the campaign, I barely took time to absorb the text because I was in the midst of a headlong rush to see what would happen next, to piece the final clues together and get to the heart of the central mysteries. Meanwhile, the rapid piano compositions lent a sense of real urgency to the whole affair.

I would say Daedalus is generally effective at doing what it set out to do. But the plot took a long time--too long a time, in my estimation--to finally bring me to the edge of my seat and truly arrest my attention. Less patient players, and especially those with little tolerance for the visual novel genre, are unlikely to even come close to reaching the good stuff before they start wishing they didn't spend so much money on an experience they find intolerable. 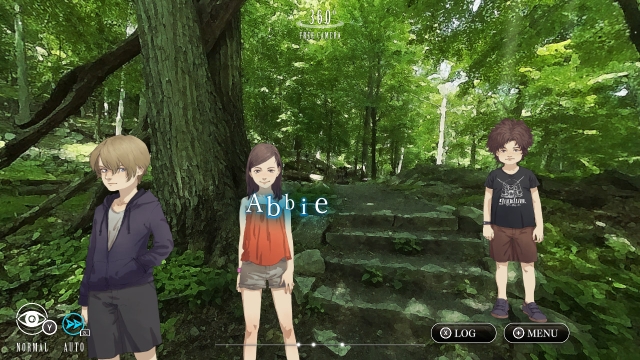 Generally speaking, the game's chapters follow a set path. First you have the setup, which unfolds quickly thanks to character monologues. Then you explore a region, which consists of several locations connected by a map. You scan the various areas, traipsing back and forth between them and investigating a few points of interest. You talk to characters you meet, and sometimes you have dialogue options that are influenced by what have seen or by the "stance" you assume when questioning suspects and witnesses and potential allies. Then, everything you've learned gradually fits together to form branches on a virtual tree and you are called upon to assemble the facts and arrive at the proper conclusion.

Environments are rendered beautifully. I can't say for sure how the game and its areas were developed, but it feels to me like someone must have plopped a 360-degree camera in the middle of a few real-world locations, snapped a picture and then applied filters over the result until finally everything looked less like a plain photograph and more like artwork. Character portraits are dropped on top of that, and somehow the effect is quite attractive. Well, that's true with the exception of characters' feet. For whatever reason, the models are presented from a perspective that makes their feet look like tiny little paper doll appendages. Any time I needed a quick chuckle (and events sometimes got grim enough that I did), I would just pan the camera down to whoever I was talking to and look at their pants and shoes. 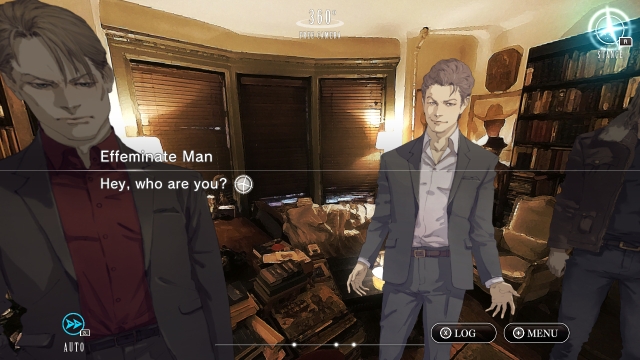 Camera work is actually a big part of the game, since most areas include a few clues and you'll miss them if you're not willing to look around carefully. This is both a mark in the game's favor (because it makes the world feel genuine) and a criticism. Sometimes, I would scan a scene and a tiny detail would escape my attention. Then I would spend a long time talking to people and hearing the same things over and over, just because I had missed an easily overlooked clue. In other cases, I would examine something and then talk to someone nearby, and the game would tell me I needed to look around more carefully. What it often meant is that I needed to re-examine a particular one of several possible objects yet again, even though I had previously studied it obsessively. So then I had to keep poking about until I figured out which object the game had in mind. That kind of thing pulls a person out of the moment, shatters whatever immersion has been built up thanks to the otherwise capable design and brings the story to a screeching halt.

There are plenty of other nitpicks along the way. A lot of them come down to the translation. In one minor example, a saloon bar I examined was labeled as a "circulation desk," which it most assuredly was not. When I spoke to a pivotal character and gained an item for my investigation, the text that followed referred to him by a different name, and in another case a character once mentioned an important destination by a different name. What I found more frustrating was that sometimes characters would casually reference important new plot details as if they had already been revealed through investigation, when they had not. And sometimes my conversation partners would act as if they had never met me, even though we had just finished exploring a different branch of dialogue three seconds prior. These are unfortunate fumbles, and I don't know if the fault lies with the original writers--who have built a game intricate enough to justify the occasional error--or if the localization team made some tweaks that weren't entirely smoothed out before release, or if both of those things were factors. In any case, such awkward moments do Daedalus no favors. 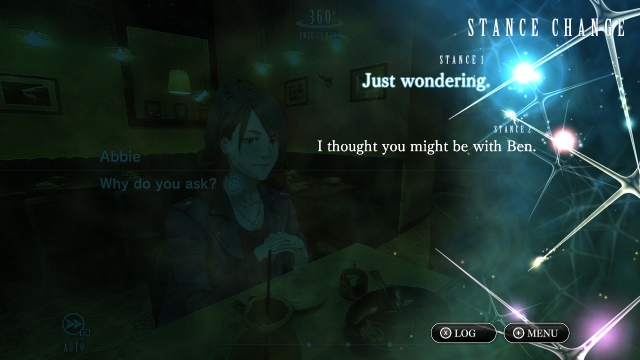 Running around the map when stuck can also get tedious because the game is perfectly content to let a person visit every area and waste 10 seconds or so on each attempt before finally stumbling across the destination that a line or dialogue clumsily referenced. In rare cases, the map will include an indicator to point out the next destination, which makes me wish such a service were provided more frequently. The tension those late scenes work to establish begins to falter when I can't progress because I'm busy running all over New York like a forgetful tourist. Also, it didn't help when I was in a race against the clock to warn someone of their mortal peril and as I entered the lobby of the building, my character remarked that "I've got some time. I'll look around."

So I've nitpicked a lot while discussing Alternate Jake Hunter: Daedalus - The Awakening of the Golden Jazz in this review, and you might imagine I didn't enjoy myself playing it. But I did have a good time more often than not. The last few chapters were particularly enjoyable, once I got used to the game's various quirks and grew more adept at working around them. I wish the developers had anticipated some of the issues I encountered and had done a better job addressing them ahead of time, but my occasional dissatisfaction in that regard wasn't persistent enough to prevent me from recommending that anyone who is interested in getting to know Jake Hunter make this origin point their starting point.
3.5/5

If you enjoyed this Alternate Jake Hunter: Daedalus - The Awakening of Golden Jazz review, you're encouraged to discuss it with the author and with other members of the site's community. If you don't already have an HonestGamers account, you can sign up for one in a snap. Thank you for reading!

© 1998-2020 HonestGamers
None of the material contained within this site may be reproduced in any conceivable fashion without permission from the author(s) of said material. This site is not sponsored or endorsed by Nintendo, Sega, Sony, Microsoft, or any other such party. Alternate Jake Hunter: Daedalus - The Awakening of Golden Jazz is a registered trademark of its copyright holder. This site makes no claim to Alternate Jake Hunter: Daedalus - The Awakening of Golden Jazz, its characters, screenshots, artwork, music, or any intellectual property contained within. Opinions expressed on this site do not necessarily represent the opinion of site staff or sponsors. Staff and freelance reviews are typically written based on time spent with a retail review copy or review key for the game that is provided by its publisher.