Since 1997, a variety of developers and publishers have produced several games in an RPG/simulation series known as World Neverland. However, each new installment has remained exclusive to Japan. Things finally changed in 2016, when WorldNeverland: Elnea Kingdom arrived on mobile devices. Then it launched on Nintendo Switch near the end of 2018. At last, English speaking gamers get to see what they've been missing.

Available on the Nintendo eShop for $29.99, WorldNeverland: Elnea Kingdom feels like a more serious take on the Animal Crossing concept, with numerous elements also reminiscent of various Harvest Moon and Atelier Iris titles. Players arrive in Elnea as travelers and quickly make the kingdom their home by completing an extensive series of tasks around the capital city, which earns them citizenship and allows them to stick around for the long haul. They can then find a place to live, meet a companion to marry, raise a child, make dozens of friends with a selection of their many neighbors and perform a variety of chores between celebratory events and dungeon runs. 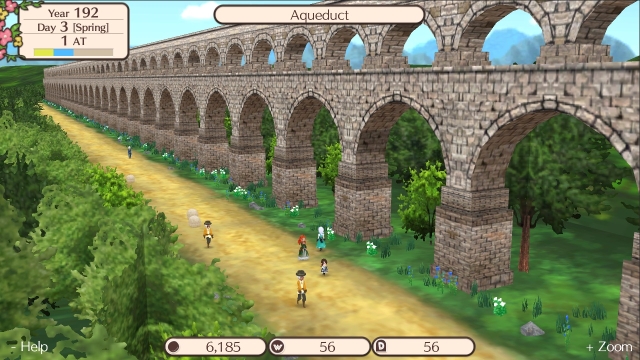 On mobile devices, WorldNeverland is free-to-start and is supported by in-game purchases. Playing on Switch, I didn't realize for a long time that such purchases were even available, but they are indeed. If you head to the game's page on the eShop and check for add-on content, you'll find literally dozens of options. If you were to go for all of them, you would have to spend more than $170. It's possible to snag alternate costumes, furniture, accessories and even additional dungeons. Aside from those dungeons, most of what's available seems to be purely cosmetic, though there is also the option to add an additional four save slots if you feel like you need them.

I'm not super impressed with the existence of all that DLC, especially since the game carries a fairly hefty sticker price and has the sort of awkward interface and muddy visuals that suggest not much time was spent working to optimize it for play on a television screen (though it looks decent enough in handheld mode). If I had known ahead of time about the existence of a free-to-start version on iPhone, I might have gone with that instead. What bothers me more than the DLC itself, however, is the apparent lack of system balancing. I actually like quite a lot about what the game accomplishes, but you have to devote too much time to repetitive tasks in order to get the best rewards. You're better off enjoying yourself in small bursts of a few minutes at a time, over a period of many months, rather than tackling longer sessions over the course of a few days or weeks.

With that griping out of the way, I guess I should focus more on what kept me going. 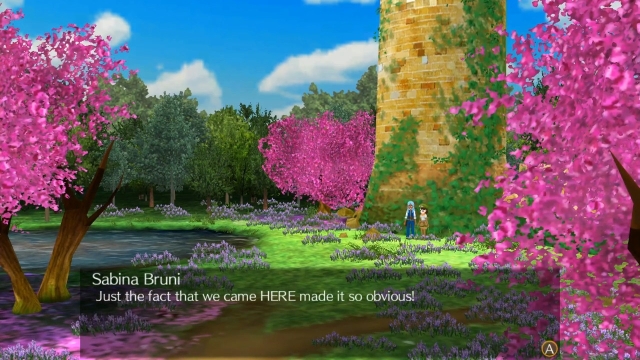 Probably my favorite aspect of the game is the feeling it provides that you have entered a living, breathing world. Urban environments in even recent AAA titles tend to feel barren. In cases where there are crowds on hand, I usually can't talk to more than a few special individuals. Interactions are all too often brief and meaningless with no follow-up. Here, in contrast, there are dozens of characters nearly everywhere I turn. Many of them look passably unique. They have different names and they roam the city daily, living their own lives and completing some of the same sort of tasks I do. As I explore the city, I see some couples running off to forage for mushrooms in the forest together, or shearing "moff" animals for wool, or milking the "rudder" livestock and turning that milk into cheese. I find men and women in the orchard, harvesting fruit, or in the fields tending to their garden plots. I attend weddings and get to know the local school children. When I pass by a local dungeon, sometimes I find people congregated near the entrance and I can join them for adventures.

Over time, characters evolve into friends. There are ways to game this system. You can talk repeatedly to the same individual, for instance, and quickly ascend the ranks of camaraderie. They're not in the mood? Ask them again a half-second later and suddenly they're all sorts of ready to go fishing by the dock! Once you make friends with a few people, they start popping up almost everywhere you go, and they don't mind interrupting you while you're completing your chores. Sometimes, I would run around on the screen, trying to water my last few crops before someone managed to catch me and ask me to go picking herbs halfway across the world map. But other times, they would ambush me while I was completing a task and I had to send them away displeased. That, or I had to drop what I was doing to support a dear friend.

One of my very first chums was an older fellow named Anton. He looked quite stylish in his navy blue suit, and he gave me a lot of good advice on things other than fashion. Never mind that I could have gotten the same tips from anyone. Anton was the person who provided them during my particular journey, and I even invited him for a meal at the local tavern a time or two. Then, one day, he told me that he had a feeling his end was near. He was only 23 or so, but in Elnea that works out to something like 138. It's amazing he lived as long as he did. A few days later, he was dead. I was surprised to find his passing genuinely affected me. We had raided dungeons together, shared a sense of wonderment at the changing of the seasons. Then a bell chimed one morning and he was gone. 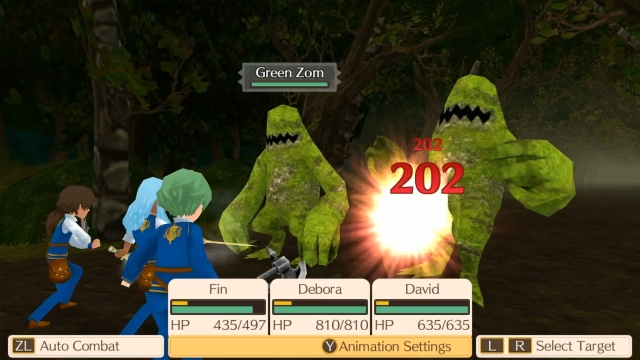 A happier relationship was the one I cultivated with Sarah Stones, a red-headed girl I met while I was wandering the streets. We went on a lot of dates together, and eventually I asked her to marry me. She happily accepted. My last name was bland, so when the time came, I took her name and became Pellico Stones. We moved into my bachelor pad, and I purchased some furnishings to make that cramped space feel a bit more homey. Then a few months later, we welcomed Kenny into our household. He didn't do much in the first year but lie around on the bed and gurgle, but fatherhood was still kind of cool.

By delivering moments like the ones I've described above, some meaningful and some less interesting, WorldNeverland: Elnea Kingdom builds a world worth inhabiting at least for a while. But it dawdles too much along the way and it ties too many activities to job classes you may not activate for years. That's a problem when living through just a single year can take something like 10 or 12 hours of real-world time. Also, earning money takes an eternity. I have my eye on a mansion by the river, but I won't be able to afford it unless I labor as a farmer for probably another couple of years. Do I want the new virtual home enough that I'm willing to put in all that effort? I don't think I do. Do I want to explore the deeper, more mysterious dungeons badly enough that I'll keep taking numerous trips through their redundant and weaker counterparts? Probably not.

If WorldNeverland: Elnea Kingdom had valued the player's time just a little more, if it weren't overly concerned with building a persistent world that will take dozens upon dozens of hours to experience in its entirety, I think it might have provided a truly special adventure. But that's not what you'll get for your $29.99. Instead you'll have an awkward, sometimes tedious and sometimes beautiful stay in a low-stress world that in the end begins to feel a little too much like work. I know there's an audience for this sort of experience. I'm a part of it, even. But right now, I think I'm ready for a different sort of vacation.
3/5

If you enjoyed this WorldNeverland: Elnea Kingdom review, you're encouraged to discuss it with the author and with other members of the site's community. If you don't already have an HonestGamers account, you can sign up for one in a snap. Thank you for reading!

© 1998-2020 HonestGamers
None of the material contained within this site may be reproduced in any conceivable fashion without permission from the author(s) of said material. This site is not sponsored or endorsed by Nintendo, Sega, Sony, Microsoft, or any other such party. WorldNeverland: Elnea Kingdom is a registered trademark of its copyright holder. This site makes no claim to WorldNeverland: Elnea Kingdom, its characters, screenshots, artwork, music, or any intellectual property contained within. Opinions expressed on this site do not necessarily represent the opinion of site staff or sponsors. Staff and freelance reviews are typically written based on time spent with a retail review copy or review key for the game that is provided by its publisher.