I know Im not the first to warn you: but Castlevania Anniversary Collection is merely okay as collections go. But the assemblage of titles here, is phenomenal. Anniversary represents one of the greatest collections of 2D action-adventures you will ever find. Between the top titles  Draculas Curse, Super Castlevania IV, Bloodlines, and the original Castlevania, probably in that order  this is a no-brainer. That particular cream of this crop alone is well worth the price of admission.

Still, the package isn't the slickest, and while I found that the emulation was on point, Im sure there will be more nitpicky fanatics who will say its not quite perfect. I've heard bellyaching about the fact that developers M2 have limited players to one running save state per game. But I'm not mad at that. For some of the more difficult and exacting games  I'm looking at you, Draculas Curse, and especially you, Castlevania: The Adventure  one would be tempted to spam an array of save points for every inch of ground gained, and playing thusly would definitely take something away from the experience. Am I saying it's better that there are not more save dates? Not exactly. But I'm saying that it might be worse to play some of these titles if there were.

Early detractors also don't like that you can't button map, and I'd have to agree with that. It is a little odd in some titles to have jump where attack is supposed to be. But if you're playing this on an Xbox controller or something close to it, you can simply shift your fingers one over and use the alternate button set and you're back in business. So let's put aside the emulation quality, save state limitations and curious button mapping  those are not the main failings here. My issue with the collection is a lot more obvious: the choice of games. 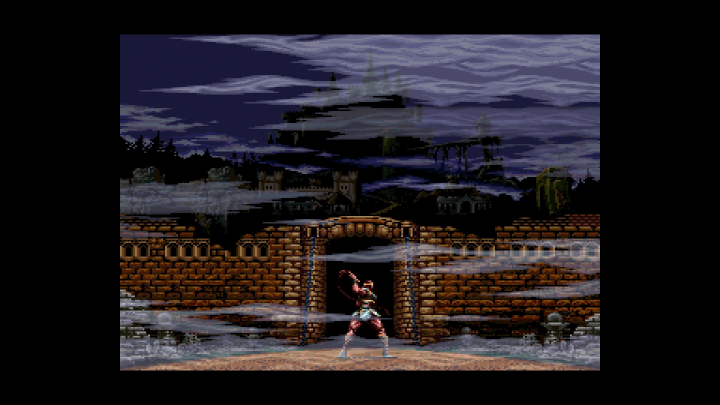 I get why Rondo of Blood and Symphony of the Night are not included. Hell, they were very recently released as a pair on the PS4 under the name Castlevania Requiem, comprising a strange collection to be sure. So I understand why those two wouldn't have made this compilation. But it doesn't mean I have to like it. Because the two are arguably the best Castlevania games ever made, and its tough to be taken seriously with an anniversary celebration that ignores your very best offerings.

All of that being said, what is here is fantastic. I'm sure Anniversary appeals chiefly to those already familiar with the canon, and so I'm happy to report that most of these trips back into time are as fun as you remember. With the original, for example, youll immediately appreciate its anthemic tunes, its iconic bosses, its simplicity, its difficulty. And anything that seemed impossible when you were a kid will be easy now that you know the secret to success (hint, its holy water).

Simons Quest has become something of an eternal meme, with its memorable lines and comically obscure puzzle solutions, but theres no getting around how important and trailblazing it was. Battling as you would, through towns and the more dangerous outskirts through day and night, on one large sprawling map which predates the unfortunate portmanteau metroidvania by over a decade. Knowing the right answers to its many conundrums at the outset and being able to save as you go, probably make this second NES entry more playable than its ever been. 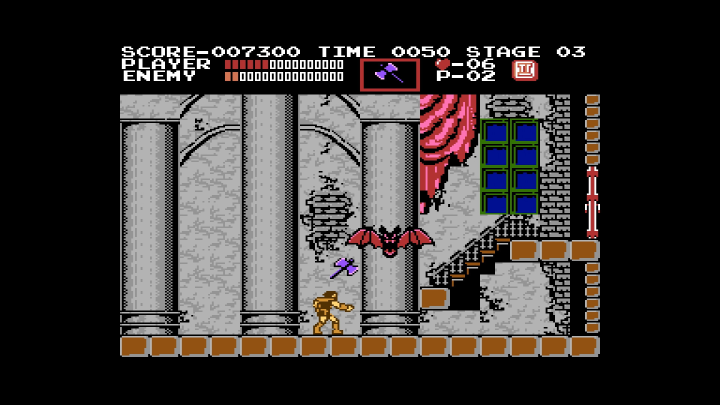 The third game might be the high point of the package. Certainly its the most difficult, and the most sprawling, with the most variety on offer in terms of both paths and allies. Aside from Trevor Belmont, there are three companions with whom he may travel, all with wildly varying attributes to allow for a considerably different experience depending on who you ask to tag along. Dracula's Curse may benefit the most from being included on such a collection. One: because people have probably forgotten about it and people need reminders of past greatness. And two: because it's so difficult that including it in a (legal) package that promotes save states might be the best thing that could happen to its legacy. Played in this way, with this crutch, it's actually possible for players a notch below Sage Level to see its end.

Super Castlevania IV has aged particularly well. It's got the best soundtrack of the collection, and Simon Belmont with his swinging, dangling, diagonally whipping self, is probably the most overpowered competent protagonist in the canon. The ease of play his skills manifest is a big part of why this game takes its sweet time getting up to speed. It is definitely true that it is a slow burn. But today's gamers will probably appreciate this alternative to all the other games remorselessly beating them down.

Bloodlines, in true Sega Genesis fashion gives us a totally different feel and aesthetic from the other titles, just as its cousin Contra Hard Corps did for that series. Here weve got two heroes, one of whom is a left-handed Belmont descendant and the other who wields his staff with aplomb. Bloodlines is something like the forgotten child, and those who do remember it tend to vigorously champion it, so it's attained a cult status that it probably doesn't quite deserve. Still, its a great game should be thought of as nearly on par with its Super Nintendo brother for it is shorter, harder and more focused play. 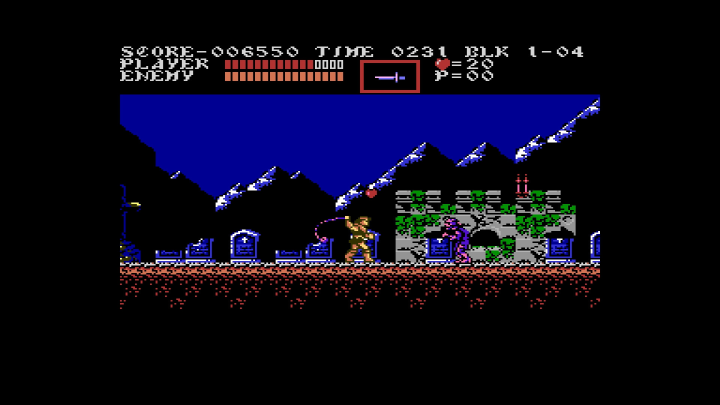 Two of the three Game Boy Castlevania titles are on offer  the forgettable Legends was omitted  and the second, Belmonts Revenge, is better than it has any right to be. Even after all these years, and even with its monochromatic presentation, it boasts tremendous visuals and impossibly good music for the hardware its on. This is especially remarkable considering how god awful its predecessor is. I can't believe that I had the time, patience, and skill to beat the woeful Castlevania: The Adventure back in its day, and on the small green screen! Without completely spamming save dates... good luck with this one. Its unforgivably slow and clunky with imprecise jump inputs, yet it demands precision, offering up extremely unforgiving platforming sequences. The Adventure is fraught with levels featuring chasing spikes and evilly spaced falling platforms. Its general, all-around hell.

Finally, Konami and M2 have included Vampire Kid which is a nice Mega Man-esque, jump-and-shoot platformer with some Castlevania themes, which bears at least a quick look. There is also an art book at the end of the list of games which aficionados should appreciate  its a nice, if clumsily implemented touch. There are tens of hours of some of the best Castlevania  and therefore the best 2D gaming  in history available here. Thats not hyperbole, its reality. Castlevania Anniversary Collection isnt perfect, but it doesn't have to be to earn an enthusiastic recommendation.
4.5/5

If you enjoyed this Castlevania Anniversary Collection review, you're encouraged to discuss it with the author and with other members of the site's community. If you don't already have an HonestGamers account, you can sign up for one in a snap. Thank you for reading!

© 1998-2020 HonestGamers
None of the material contained within this site may be reproduced in any conceivable fashion without permission from the author(s) of said material. This site is not sponsored or endorsed by Nintendo, Sega, Sony, Microsoft, or any other such party. Castlevania Anniversary Collection is a registered trademark of its copyright holder. This site makes no claim to Castlevania Anniversary Collection, its characters, screenshots, artwork, music, or any intellectual property contained within. Opinions expressed on this site do not necessarily represent the opinion of site staff or sponsors. Staff and freelance reviews are typically written based on time spent with a retail review copy or review key for the game that is provided by its publisher.