Beneath all of Residues unfortunate clumsiness, lack of direction, poorly implemented mechanics and shoddy presentation lies what could be a potentially interesting concept.

If youve not heard of the Aral Sea, it was one of the worlds largest lakes before Soviet-era Russia irrigated the bejesus out of it, and reduced it to around a tenth of its original size. This devastated the surrounding areas both environmentally and economically as a massive body of water was whittled down into a comparative puddle. Only quite recently have measures been put in place to try and right this horrendous action, but its going to take decades to start setting in and Aral will probably never amount to what it used to be.

Residue takes place in the aftermath of a failed project to hasten the restoration via dramatic means, poking around in the skeletons of beached ships and among the ghosts of failure's past. If it sounds like an interesting premises, thats because it is. The further you delve into the dried-out seabed, the more you uncover not only about the factual travesty, but the details of Residues previous radical attempts to right it. Scraps of forgotten documents are outnumbered by phantom re-enactments of the past scenes of a small groups attempts to hasten Arals renovation. 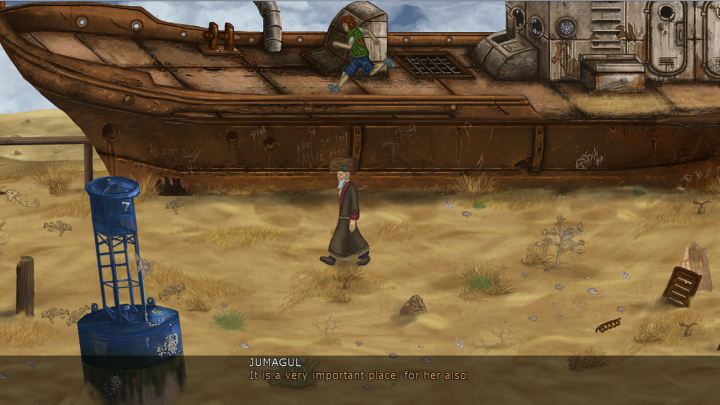 It should be desperate and touching. And it would be if it wasnt hamstrung by poor voice acting and oft-whiny dialogue. Every character in the game is the not-so-proud owner of a Russian accent so poorly implemented it makes Cate Blanchetts effort in that awful Indy film seem genuine. The character youre supposed to feel the most sympathy for suffers the worst of this, grumbling endlessly in a shrill tone as he follows people around, bleating at them until they give up and pay him some attention. Had this been deliberate, it might have made for an interesting dynamic, but hes cast further and further into reluctant heroism and martyrdom.

Finding these instances, even in itself, is often a huge pain in the arse. The game circulates protagonists with specific skillsets that lets them access areas that others cannot. Emilio is the youngest of the three, and can scale obstacles and leap from platform to platform. His part of the game is often the most simplistic, tasking him from getting from A to B, and its rare that youll find yourself wandering around lost trying to figure out what to do next. This is not even remotely true in regards to Nikolai, who navigates around with a grappling hook contraption bound to his waist that almost always works at least half of the time. Because of this, what hes supposed to grapple is never made clear, and a lot of time is wasted simply trying to figure out where the hell he should be going. Despite a section of the game revealing a ghostly scene directly beneath you at one point, youll find this is not the way the game wants you to go. It actually wants you to go right and up, despite going out of its way to draw your attention elsewhere. The last guy, Jumagul has none of these concerns because his abilities dont allow him to do hardly anything of worth. He can dazzle you with his ability to hold a flashlight or open a door all while wearing a hat so ludicrously large, it makes him look like a walking capital letter T.

I could be more forgiving had the initial grungy feeling of loss and lingering regret stayed at the forefront of the games tale. Nikolai served as foreman to the previous failed attempts to resurrect the Aral Sea, while Emilio and Jumagul have come to try and reclaim his last remaining worker back into their family. They share very different but still intertwining goals, and the interaction between the trio as they criss-cross each others paths and how their agendas slowly alter in the face of disaster is sometimes strangely compelling. Then, maybe a third of the way in, it starts to descend into the ludicrous before sporting an ending that makes so little sense even if I chose to spoil it for you Im not sure how Id go about explaining it. 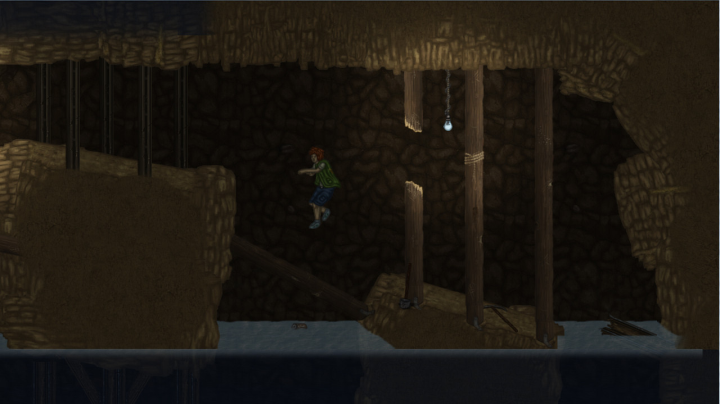 The game seems determined to lurch awkwardly towards its poorly realised conclusion and to hell with any fallacy it has to contend with along the way! It seems to lose interest in the Aral Seas valid plight in order to advance its own shaky narrative, dismissing previous strengths petulantly in order to forge onwards with its custom-built ridiculousness and getting lost. Once Residue loses any sense of the interesting concept it decided to stop cultivating, all thats really left is unfortunate clumsiness, lack of direction, poorly implemented mechanics and shoddy presentation.
2/5

If you enjoyed this Residue review, you're encouraged to discuss it with the author and with other members of the site's community. If you don't already have an HonestGamers account, you can sign up for one in a snap. Thank you for reading!

© 1998-2020 HonestGamers
None of the material contained within this site may be reproduced in any conceivable fashion without permission from the author(s) of said material. This site is not sponsored or endorsed by Nintendo, Sega, Sony, Microsoft, or any other such party. Residue is a registered trademark of its copyright holder. This site makes no claim to Residue, its characters, screenshots, artwork, music, or any intellectual property contained within. Opinions expressed on this site do not necessarily represent the opinion of site staff or sponsors. Staff and freelance reviews are typically written based on time spent with a retail review copy or review key for the game that is provided by its publisher.