SNK has never been shy of imitating games by Capcom, especially Street Fighter II but then again, everyone and their mother went on ahead with a fighting game of their own even when some hit very close to home with said clones. It was the same thing with games like Double Dragon which would spawn clones and others which would use their own gameplay formula to keep the experience different and stray from having the Lee brothers come out as color swaps with afros in an "original" game from another company. While Capcom succeeded with the likes of Final Fight, SNK would go on "borrowing" aspects AND characters from said game to feature Burning Fight, a beat'em up which simply makes one's eyes roll just by reading the title.

To be frank, if said title of this game was the only thing to worry about I would not even consider giving it a negative review at all. As it turns out, Burning Fight suffers from many aspects that stop it from being an enjoyable experience when you play it period. I am getting ahead of myself here being that said gameplay is still far from stating what other aspects it suffers from. For starters, two of the three characters to choose from are *dangerously* similar to Guy and Cody from Final Fight, this includes their move sets and appearance overall. The third character just happens to be the strongest of the three. Yeah, not a cookie cutter version of Haggar at all. 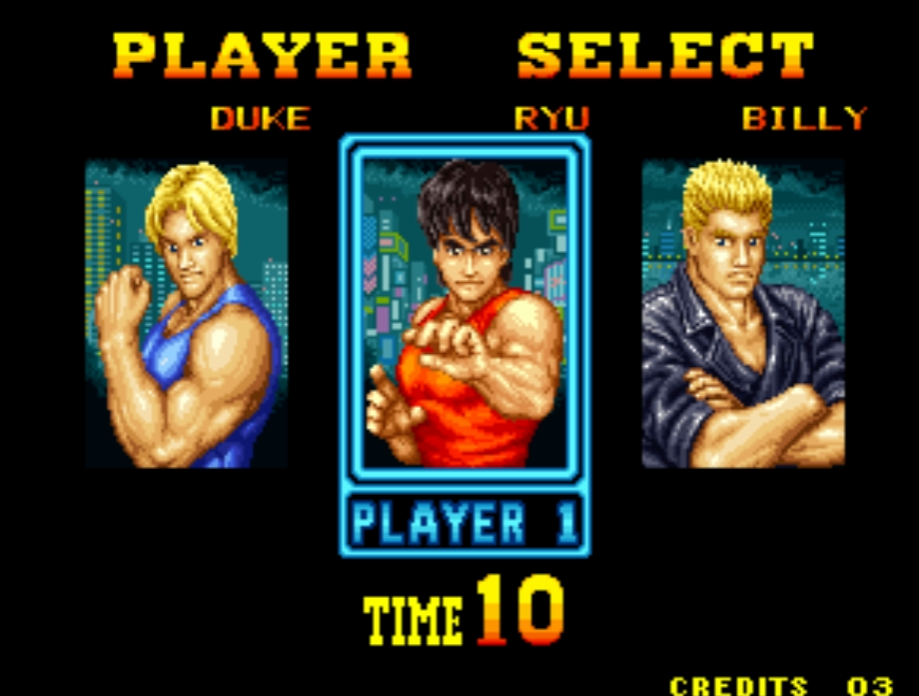 Have I seen you guys before?

We go next to gameplay as I had announced. Burning Fight graces us with not two but three buttons to fight off punks we encounter. One for punch, another for jumping, and the last for kicking. Why do we need a kick button you may ask? Well it seems while most of the thugs you bring down with furious button mashing from that sole punch button alone would be enough, there are certain enemies on which the use of the kick button comes out handy than trying with futility to hit them with your mighty punch. This alone makes gameplay strenuous and quite annoying, being that with just one attack button it would be more than enough to deal with any other enemy being thrown at you without guessing which button to press when dealing with different types of characters. 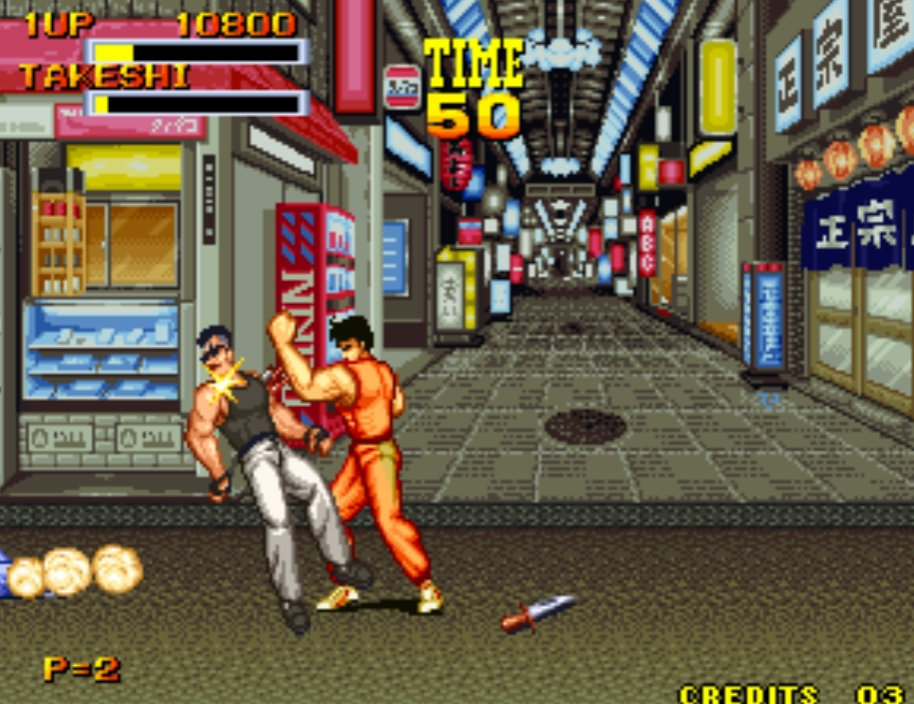 Gameplay which feels like a chore to work with

Even with the added forms of attack the chances of beating a single character with ease is simply a chore. The attack animations here are cartoony at best and while your character is busy with a flurry of speedy punches and kicks, enemies stand idle until they get knocked down. Seems characters here just don't have a finishing move like those on Final Fight or Streets of Rage and as a result you do not get the same kind of satisfaction once you defeat anyone on this game. There are some places you can enter which serve as bonus stages in some missions, allowing you to earn extra points and health. Each has a time limit to get as much as you can before you resume the game. While this may seem as an optional way to earn a high score it simply steers you away from the main game at hand and doesn't really add anything to gameplay overall even if it is optional to interact with them. 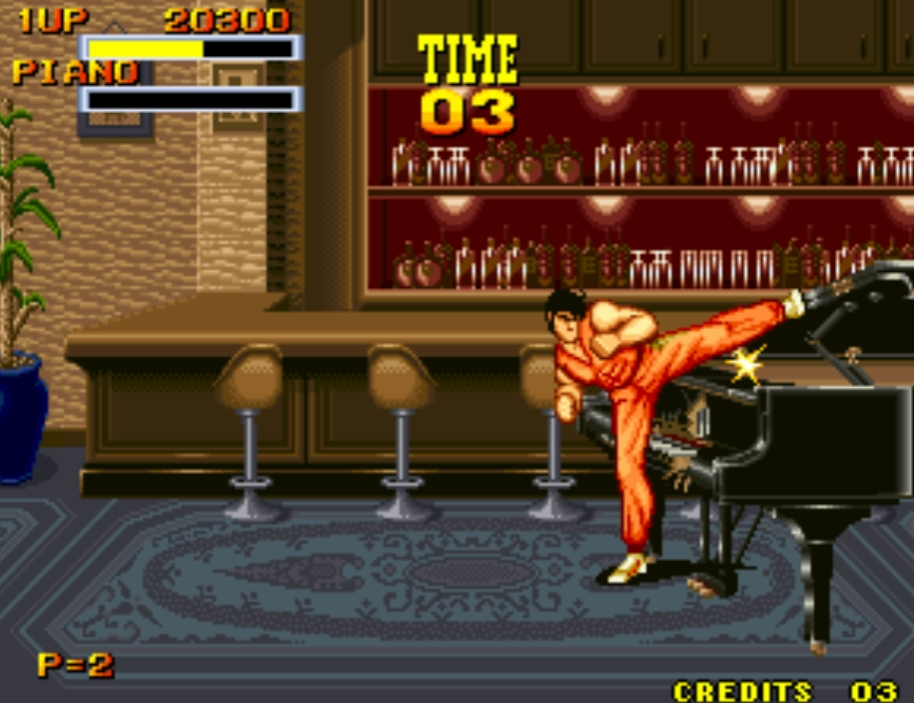 Enemies here are relentless most of the time. While you are busy with some of them another will try to sneak behind you and land cheap shots at you while you are defenseless. Bosses are also cheap and often will test your patience while you try and defeat them. It is a sure bet you would just quit when you had your fill of such cheap gameplay with unfair enemy behavior.

The music is one of the few positive points of this game. While it is not too engaging in comparison to other beat'em ups, it is still pleasant to listen while you advance through the game. Another aspect of this game is that there are some nice enemy designs including certain bosses like the charismatic wrestler boss who strangely resembles Hulk Hogan for example. 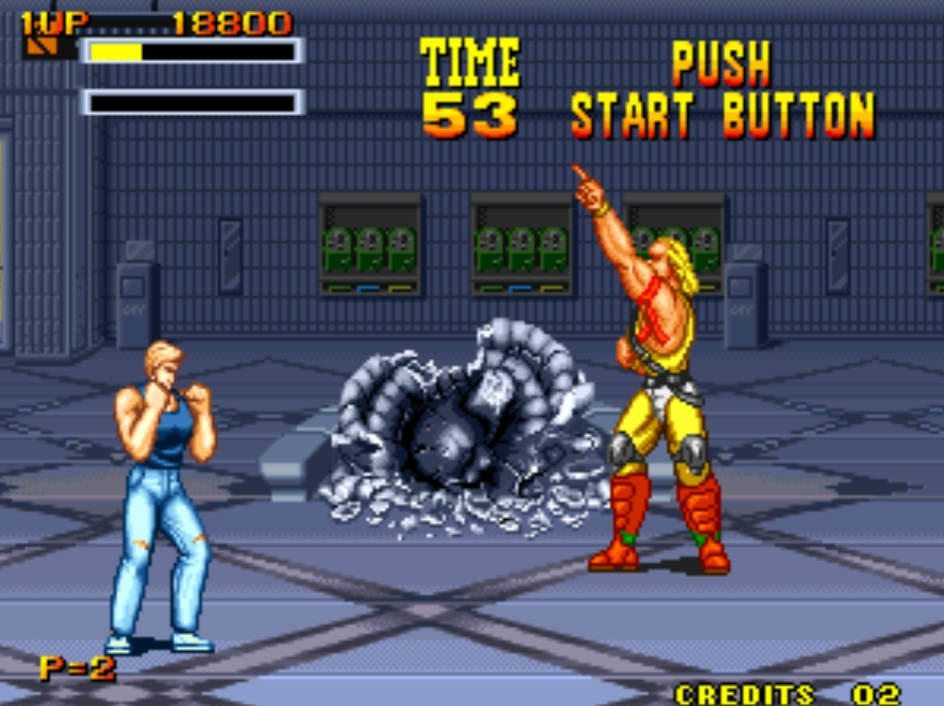 Sadly even with these few positive points to this game, the negative greatly overshadows it. If only Burning Fight were to have better gameplay I could forgive its blatant ripping off Final Fight character and title wise. It is fun to try but to be able to have enough tolerance to beat it requires some burning fight of your own.
2.5/5

If you enjoyed this Burning Fight review, you're encouraged to discuss it with the author and with other members of the site's community. If you don't already have an HonestGamers account, you can sign up for one in a snap. Thank you for reading!

© 1998-2020 HonestGamers
None of the material contained within this site may be reproduced in any conceivable fashion without permission from the author(s) of said material. This site is not sponsored or endorsed by Nintendo, Sega, Sony, Microsoft, or any other such party. Burning Fight is a registered trademark of its copyright holder. This site makes no claim to Burning Fight, its characters, screenshots, artwork, music, or any intellectual property contained within. Opinions expressed on this site do not necessarily represent the opinion of site staff or sponsors. Staff and freelance reviews are typically written based on time spent with a retail review copy or review key for the game that is provided by its publisher.