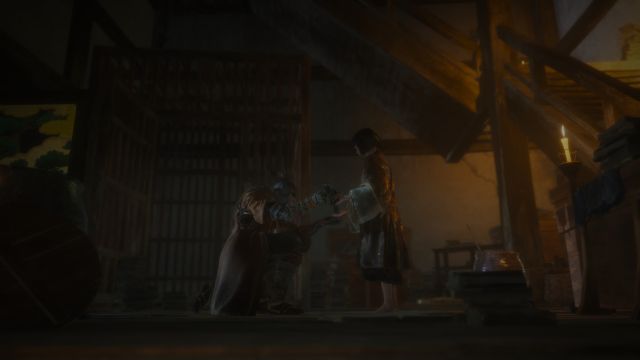 Don't trust your expectations. Sometimes the rules change, and you need to learn to cope with their fluid nature in order to survive.

Shortly after a tutorial and initial cutscenes, you encounter your first actual foes in Sekiro: Shadows Die Twice. They are a few basic soldiers and a samurai. You think, "I've played FromSoft games before, so I got this." You rush into the fray, preparing to side step or back step, and perhaps block some shots if needed. However, things don't go as planned. Evasion either puts you too far away or not far enough, and blocking only works for so long. If you're unlucky, you might also make a sudden move that disengages the target locks system, leaving you to rotate the camera so you can refocus on a target. In that short amount of time, your assailants manage to get in a few choice cleaves. Despite your experience with Souls combat, you sustain a lot of damage in a short amount of time.

You die, but the game gives you a chance to revive just once (though you can gain additional respawns later on). You do so, retry, perish again. Now you're back at the checkpoint, and any enemies you've eliminated up to that moment have returned. You try the same strategy numerous times, and you manage to dispatch the weaker cronies. Sadly, the samurai still gets the better of you. At this point you wonder if rage quitting early on is a good idea, or if maybe you're going about this the wrong way. Understand one thing: the experience gets rougher as you advance. These are early game foes, and they don't compare to the spear-wielding madmen or the ghostly, soul-stealing warriors you meet late in the campaign.

If you're not into super hard action games, there's no shame in bowing out before you get properly started. But if you're a stubborn sort like me, you won't rest until that samurai gets his comeuppance. So you experiment a bit and remember your training, eventually discovering that you can sneak up on the opposition and off them with Tenchu-like stealth kills. As it turns out, Sekiro isn't a collection of irritating sword fights, but a lengthy gauntlet of "murder puzzles." Each segment has a solution, and it's up to you to figure it out. Maybe you'll sneak through the tall grass and take out an underling, then use your grappling hook to climb up to a lofty tree bough and out of sight. From there, you might descend upon a passing foe, and finish by going all out on a nearby rifleman. Despite his skill at blocking your attacks, his defenses eventually break and you ram your blade right down his throat. 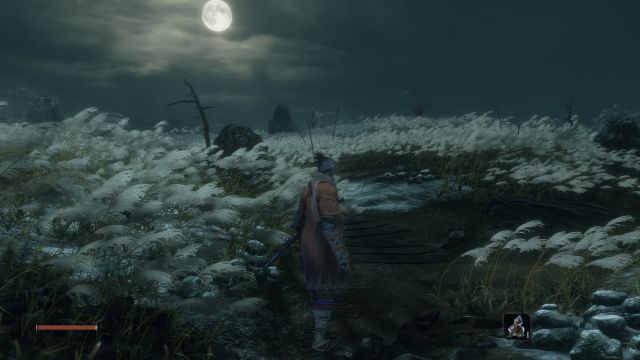 After some practice, acclimation sets in and you become comfortable. Then you meet a mini-boss, and he kicks in your teeth. Yeah, a mini-boss seriously wrecks you. Once again, the rules have shifted. Sure, you eventually learn that you can hit him with a stealth kill, but that only removes one life bar and he still has a whole one left. You actually need to outdo this guy in swordsmanship. To accomplish that, you must to pay attention to his tells, learn the distinct rhythm of his strikes and take choice shots when necessary. Sometimes dodging his blows or blocking prove useful, or even utilizing certain maneuvers when a red prompt appears over your target's head. Mostly, though, bosses require hefty amounts of parrying, which you accomplish by pressing a shoulder button just before a blow lands.

If you're successful, you'll not only cancel the damage, but also harm your opponent's "posture." Any time you parry, or force foes to block or damage them, they suffer a blow to their posture. Eventually, you dish out enough posture damage to break their stance, allowing you to score a finishing blow. You don't even need to wear down your adversaries' hit points, either; just break a goon's posture and he's done for regardless of how much health he has remaining.

You finish off the mini-boss and figure you've got a handle on things now...

...and then you get hit with cannon blasts. Or you meet an enormous snake while leaping from one cliff to another. Or you come upon a village full of undead creatures that never cease to spawn. Or a pissed off ogre breaks his chains and comes after you. Previously, you might've sighed and groaned, knowing full well that you were about to die another twenty times. Now you either ponder shelving the game, which is fine, or you steel your resolve and push back, which is also fine. If you're a member of the latter group, you'll look forward to these occasional moments when the rules change because they lead to some of the most heart-pounding, exhilarating segments in the campaign. 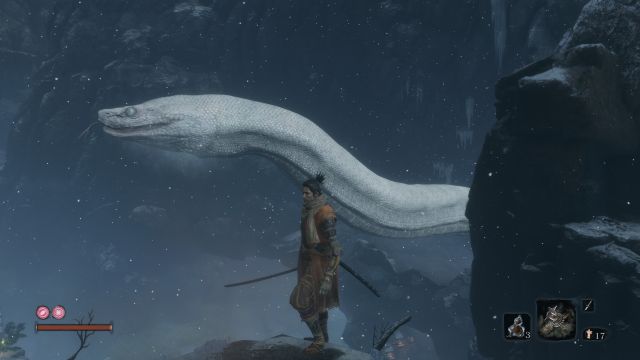 You ready your prosthetic arm's sub-weapons, just itching to toss firecrackers at a raging bull with burning horns or to nail an armored boss with an axe attachment. After making hamburgers out of the former pest, you mosey toward a township of sorts, complete with gunmen on a staircase, a mini-boss amongst them and a whole team of strange rooftop ninjas. You fall dozens of times, but eventually you learn how to cut through the gunners and their leader, occasionally using the experience points you gain to purchase new maneuvers or passive skills. You advance farther, obtain new items, earn more money and increase your chances of survival.

You realize that sometimes typical combat tactics don't cut it. During my own playthrough, I found a few bosses that were tough to parry. I discovered that I could handle those situations better by running and waiting for an opening, or by exploiting a particular flaw in the opposition's repertoire. Remember, the rules love to change. Sometimes you need to change with them and think outside the box. It's great that the game allows this, too, as that flexibility prevents repetition and stagnation from occurring.

After a while, your foes' attacks become more overwhelming. You battle a menacing warlord riding horseback, a King Kong-like ape with a sword lodged in his head, a ten-foot-tall drunkard with poisonous breath... These heartier adversaries come at you in all shapes and sizes, bringing increasingly ferocious attack patterns, and you respond by meeting their demands and making their heads roll. They let loose long sequences of slashes, and you respond with an identical pattern of parries, sometimes practically mashing the shoulder button. You relish the cinematic thrill of battle with each chime of metal on metal, and raise your arm in triumph as you finally take out that three-phase boss who has plagued you for a couple of days. 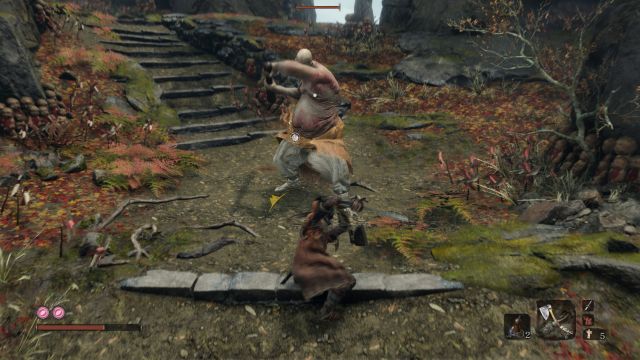 You last long enough to travel to wondrous places, dropping into the depths of a castle. That's where snipers await you in a subterranean, poisonous swamp, and you must avoid both instant death and illness. You plow past that area to fight cursed monks and exorcise meditating elders with monstrous centipedes that pop out of their mouths You catch the glorious sights of sakura trees, massive religious monuments and bits of ancient Japanese culture. There's more to this title than exciting conflicts, and it rewards you with a variety of gorgeous sights and tense experiences.

After you cross the finish line, you'll collapse into an exhausted heap. All of those hours spent swearing and repeatedly croaking tax you to the point that you might need something more innocent or relaxing to serve as a palate cleanser. Make no mistake: Sekiro is tough as nails and twice as badass. Its swift, climactic combat makes for some outstanding challenges, all of which beg you to throw away your expectations and simply learn and react to the situation at hand, to live in the only moment you know for certain you still have.
4.5/5

If you enjoyed this Sekiro: Shadows Die Twice review, you're encouraged to discuss it with the author and with other members of the site's community. If you don't already have an HonestGamers account, you can sign up for one in a snap. Thank you for reading!

© 1998-2020 HonestGamers
None of the material contained within this site may be reproduced in any conceivable fashion without permission from the author(s) of said material. This site is not sponsored or endorsed by Nintendo, Sega, Sony, Microsoft, or any other such party. Sekiro: Shadows Die Twice is a registered trademark of its copyright holder. This site makes no claim to Sekiro: Shadows Die Twice, its characters, screenshots, artwork, music, or any intellectual property contained within. Opinions expressed on this site do not necessarily represent the opinion of site staff or sponsors. Staff and freelance reviews are typically written based on time spent with a retail review copy or review key for the game that is provided by its publisher.