The sequel to everyones favourite little demolitionist arrived just four years after its progenitor on the Nintendo Entertainment System, and it represents more than a catapult toward what fans and players would come to expect from the franchise, in both mechanics and presentation. Technologically the game is markedly superior, while retaining the quick thinking reflexes for which the series is known.

Series is a bit of a stretch, mayhap, since the first time there was any kind of storyline in Bomberman actually starts right here. In my review of Bomberman I mentioned that there was a dark storyline about the little fella smashing his way out of prison, right? This time there are ... ahem ... cutscenes ... to portray just those events. 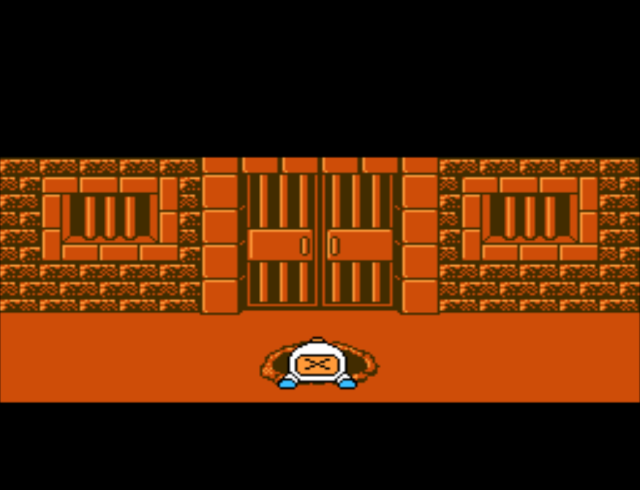 It turns out our hero has a rival who frames him for a bank robbery which lands him in jail and sends you through seventy-two levels of wall destroying mayhem in order to find him and... ah bother it makes as little sense as the first having no visible storyline, so lets move on. Whats significant is that the visuals have had a serious overhaul: Bomberman himself is more detailed and sports the same look as he would on the NEC PC Engine, albeit with fewer colours.

The levels are broken down into six segments of eight stages, each presenting a part of Bombermans journey through jail, a volcano, mountains, a forest and more. It must have been quite a treat for players in the day, and I was rather pleased with the revamped graphics. On that note, the same enemies are on the hunt and their tactics havent changed in the slightest. 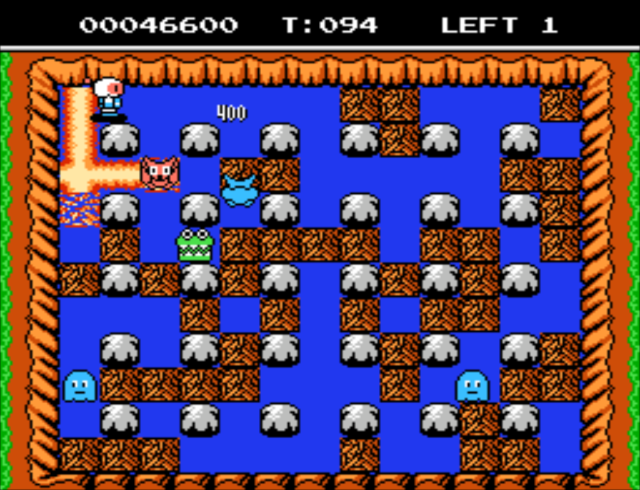 Enemy introduction has been scaled back somewhat to be less aggressive, but later levels introduce some sneaky new greeblies that do their best to catch you off guard. In addition to the usual orange balloon, water onion, grinning cat head and coin, a number of brand new monsters make an appearance. Theres a dragon-like enemy that can pass through walls, and a top-like enemy that moves quickly enough to escape a bomb at point blank range. Ill leave the rest for you to discover, but one that looks like a ghost - and isnt - will rush at you, so be ready to duck and dodge quickly.

Bomberman IIs mechanics havent changed one iota compared to the first game, which is a good sign that everything works as intended, except for a couple of points. Extra lives arent doled out, but are included in the lineup of revamped powerups. However, the version I played didnt seem to increase my count when I picked it up, so Im not sure if it was a bug or what. Bomberman 93 on the PC Engine uses the same lives mechanic and it works just fine. When you run out of lives, though, you not only get a passcode, but infinite continues, so frustration can be hard to come by.

Theres even a secret code for completion, but shhh I didnt tell you that. 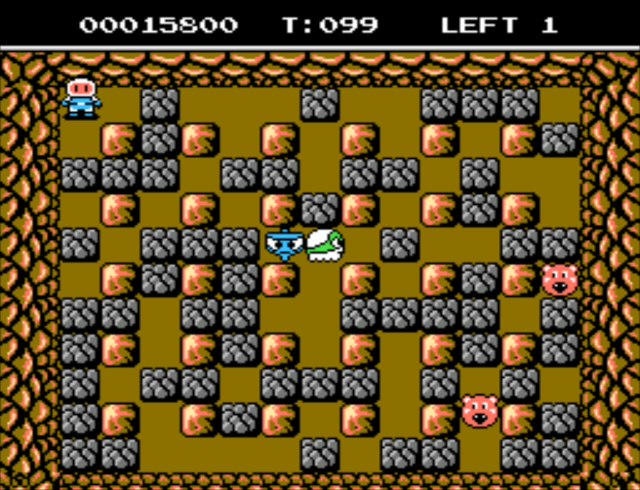 That review is forthcoming, so... theres another niggle Id like to address. Among Bombermans available powerups is a fireproof vest, but now it operates on a countdown timer that lasts about 30 seconds. I have to guess because the only onscreen indicator is Bomberman flashing until a beep warns you its about to expire. It seems like a waste of a powerup, and its a little confusing that the music doesnt change back to the stage theme when its over.

I suppose its a minor gripe, and necessary since many of the stages are only one screen large. Speaking of shrinkage, the timer grants you less time to complete stages as you progress, and when you run out of time, Bomberman doesnt get the grace period of having enemies chase him down. He explodes outright. It seems a little harsh, and on a couple of occasions I had to skip the powerup because I was scrambling for the exit. More than once I couldnt find the door on account of that as well. 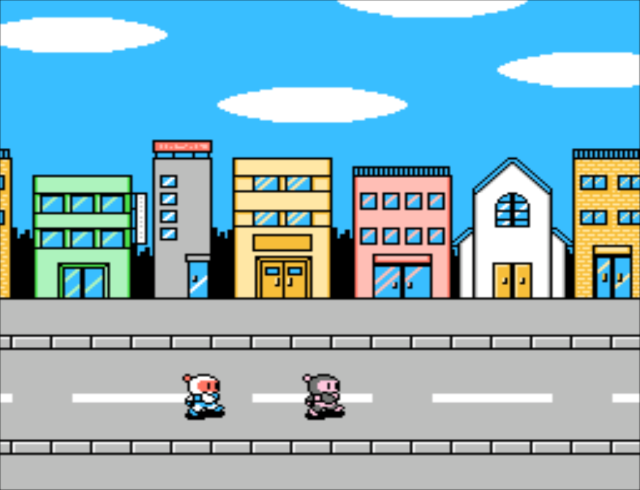 Id consider that a lesser complaint as well, but why dont we talk about one of the games strongest points: The music. The composer has taken the main theme and fleshed it out into what youll hear on the PC Engine and Super Nintendo. Whats more are four new stage themes that are literally progressive in their composition. I swear they reminded me of Yoko Kanno while scoring Macross Plus, specifically of Sharon Apples style of music. Theyre still pretty short, but I never found them to be wearying.

Bombermans tried and true sharp reflex mechanics will test the skills of new players, but may not do much to satisfy returning players looking for something new. However, while I didnt try multiplayer, it is a feature of this release, and thats a major step up, since it is now a franchise staple. How can you go wrong with a game that took notes from its players and improved its gameplay? The developers were paying attention, and the result is a fun diversion that will raise your tension without testing your patience.

If you enjoyed this Bomberman II review, you're encouraged to discuss it with the author and with other members of the site's community. If you don't already have an HonestGamers account, you can sign up for one in a snap. Thank you for reading!

© 1998-2022 HonestGamers
None of the material contained within this site may be reproduced in any conceivable fashion without permission from the author(s) of said material. This site is not sponsored or endorsed by Nintendo, Sega, Sony, Microsoft, or any other such party. Bomberman II is a registered trademark of its copyright holder. This site makes no claim to Bomberman II, its characters, screenshots, artwork, music, or any intellectual property contained within. Opinions expressed on this site do not necessarily represent the opinion of site staff or sponsors. Staff and freelance reviews are typically written based on time spent with a retail review copy or review key for the game that is provided by its publisher.