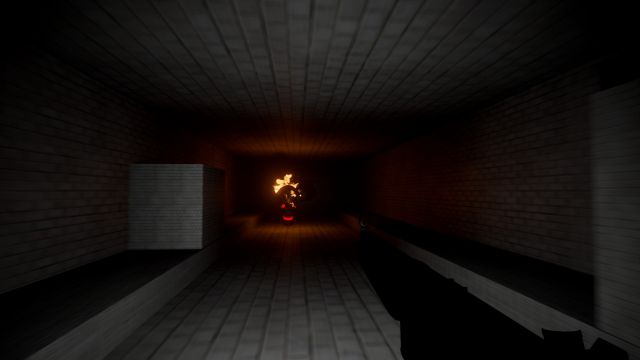 I don't recall grabbing 24 HOURS on Steam. I'm guessing it was either a drunk purchase or something that arrived in my library via bundle. Taking a cursory glance at its market page on Steam, it doesn't sound like the kind of game I'd exactly trip over myself to purchase. Its summary only says you play an "intrepid marine" on a vague mission to stop some evil force and save lives. I thought this would translate to a first-person shooter consisting of a few levels and maybe an hour or two of gameplay. However, I was wrong, and not in a good way...

I will give its developer credit for one thing, though. The title screen lists the game's key bindings, plain as day. I've played countless low budget horror games that force you to guess key functions, causing you to bump around in the dark until you give up or get lucky. Judging by this screen, 24 doesn't offer much in the way of functionality: save, load and pause. It's as minimalist as any FPS could ever be, and sometimes that's all you need.

You embark on your mission in the middle of a dark field, surrounded by trees and gravestones. Your body emits only scant light, and you can barely make out nearby bits of environment. If you squint enough, you might just notice lumps and figures moving toward you in the distance. Skulls with fiery eye sockets slowly draw near, allowing you to somewhat make out a path in the near pitch blackness. You begin the game with a semi-automatic rifle that fires bright red bullets and knocks out each foe with a single shot. Animation is impeccable, seldom slowing or skipping a beat. The whole game moves fluidly, which is no surprise since its visuals consist of simple 3D models that appear to be public domain. 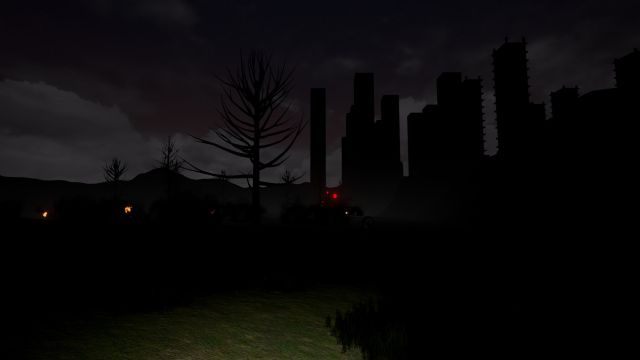 After a few of your foes perish, the battlefield inexplicably freezes for a couple of seconds. You respawn at the campaign's starting point, confused and somewhat angry. Though your first run was brief, it was at least educational. For one thing, you have unlimited bullets, so you can run and gun to your heart's content. This feature allows you to easily clear a path or maintain an empty space around you. However, your weapon lacks an auto-fire ability, so you need to wear out your index finger with repeated clicks in order to rapid fire.

Your gun is also your soundtrack. 24 eschews music, even during its menu screen. You creep along in near silence that is broken only by the constant report of your firearm. Even the enemies, creepy as they are, don't utter a sound. The experience is a bit spookier that way, with demons coming at you silently while your shots echo through the still, night air.

Your final, irritating takeaway from that first death is your recognition of a cheap, but necessary mechanic. As it turns out, 24's bestiary sports a whole two enemy types: the aforementioned glowing skulls and sleek, black, leathery craniums that you practically cannot see. If they touch you once, it's lights out. You don't receive a death animation or anything, either. You fight recklessly for one second, then the next you're back at the beginning. You never know when one is going to creep up on you, and your only defense against them is to strafe with your back to the wall and rapid fire in all directions. 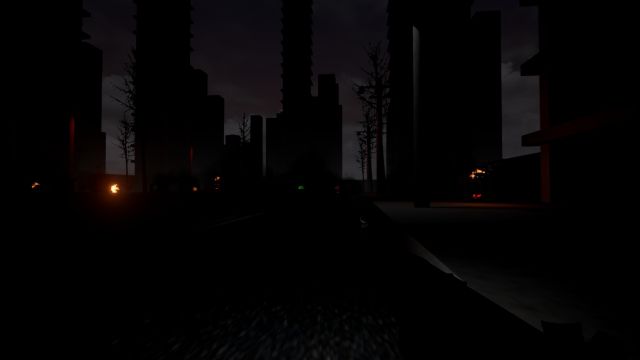 These shadowy skulls will make you think twice about even your tiniest move. Every time you take a few steps, you end up shooting in every direction or checking your six. You even end up second guessing a quick file save. The game allows you to save scum, but enemies re-spawn when you reload. There's nothing worse than reloading near a black skull and dying over and over.

After a few tries, you think you've cracked the 24 code. You carve a path across the field and away from the cemetery. Eventually, you find your way into a plain brick tunnel that stretches for ages. It connects to another corridor of similar shape, and that ushers you into yet another field. You haven't the foggiest where to venture, so you mow down skulls, scotching several at a time and breathing constant sighs of relief.

Finally, you battle through a fortress and carefully pick off foes until you reach a wide opening. A huge, wrecked city street stands before you, complete with destroyed buildings. Foes litter the grounds and come at you from all angles, making this stretch a real challenge. In the distance, you see a glowing, green beacon that can only be the end of the stage. So you save scum and rapid fire your way through the last wave of monsters, desperate to see if the next level provides more enthralling content than the most basic FPS content. You sneak past the last few floating heads and land on the green light, and... 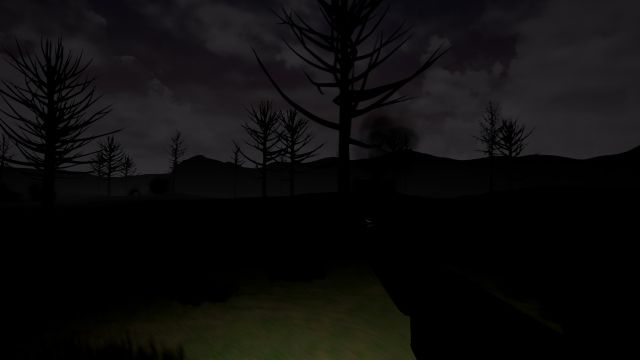 That's it. That's it? That's it! You spent money on a game composed of a single level, that doesn't even have a proper ending. Hell, it doesn't even have a lousy, single-screen "thanks for the playing" sort of curtain call. It's so abrupt that you have to wonder if the game didn't glitch and fail to load the next area. Sadly, this truly is the end.

My total play time: twenty-six minutes. There are games with cutscenes that last longer. Yeah, I get it; 24 Hours is a cheap indie game, and I should accept its horrendous lack of content. But I don't. I understand that game development is difficult, but I don't see any reason to release a single level of an FPS so devoid of features and character. Your voyage only takes you through the most basic locales, and the overall experience is akin to playing the first three minutes of every shooter. I certainly don't recommend the game at any price. I don't say this often, but 24 Hours is a complete ripoff.

If you enjoyed this 24 HOURS review, you're encouraged to discuss it with the author and with other members of the site's community. If you don't already have an HonestGamers account, you can sign up for one in a snap. Thank you for reading!

© 1998 - 2022 HonestGamers
None of the material contained within this site may be reproduced in any conceivable fashion without permission from the author(s) of said material. This site is not sponsored or endorsed by Nintendo, Sega, Sony, Microsoft, or any other such party. 24 HOURS is a registered trademark of its copyright holder. This site makes no claim to 24 HOURS, its characters, screenshots, artwork, music, or any intellectual property contained within. Opinions expressed on this site do not necessarily represent the opinion of site staff or sponsors. Staff and freelance reviews are typically written based on time spent with a retail review copy or review key for the game that is provided by its publisher.