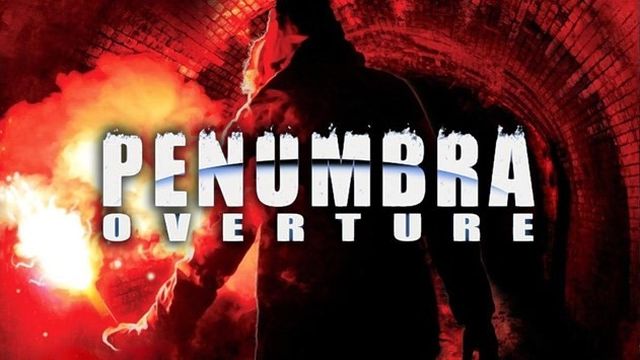 Phillip is a college professor from the UK, and the protagonist of the episodic, first-person horror game Penumbra. Despite his apparent intellect, he's about to have a terrible lapse of judgment. He receives a letter from his dead father, instructing him to destroy the contents of a certain safety deposit box. However, curiosity gets the better of our academic lad. He opens the box and discovers literature written in an unknown language. He wishes to crack the code, and discovers that the only way to do so may lie in a remote, snowy part of Greenland.

Don't get me wrong; Greenland is beautiful. However, there's no way I'm going to hike to some arbitrary location in the middle of a snow field. Phillip, though, doesn't share my opinion. He not only travels to his destination, but discovers an abandoned mine there and enters the damn thing because he just has to figure out what his father's books say.

Thus we land in episode one of this trilogy, entitled Overture. Phillip penetrates the frozen chamber and.... BAM! Cave in, he's trapped. See? That's what curiosity and needless bravery get you. Instead of bettering society or enjoying a short-lived moment of fame, our hero can only expect to be listed as "dead in absentia." Little does he realize that there are plenty of beings in the darkness below willing to aid him in leaping off the mortal coil... 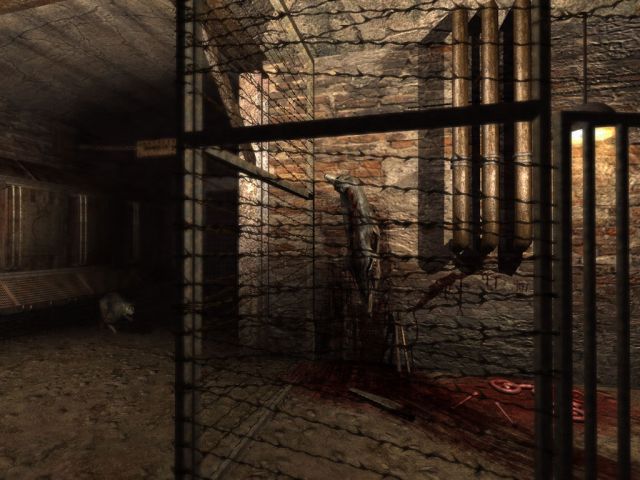 The carved out corridors of the mine are every bit as dark and convoluted as they should be. As you pad through the halls, you can't shake the sensation that something is either watching your or can hear your footfalls. Tension builds, and you force yourself into a crouch and stealth your way through the darkness, regardless of how ridiculous walking in a constant crouch position might appear. Even when you access one of the game's many rooms to investigate clues or nab helpful tools, the tension doesn't let up. The best part is that if you haven't done your research on Penumbra, then you won't know what's stalking you. It's the lack of knowledge that toys with you the most early on.

Before long, you'll hear ungodly howls from the darkest depths of the cave. You'll also squeeze into a cramped crawlspace and see whole animals wrapped in cocoons and egg sacs the size of medicine balls. That's when you know you should be afraid. Somehow a pack of feral dogs have found their way into the tunnels, and spiders the size of house cats have been running amok. Bear in mind that you're a college professor and not a specially trained operative on a mission to kick ass. There also wouldn't be much of a reason to discover any firearms or ammunition down in the mines, so you can bet that your only means of terminating these beasts is via melee combat.

...and that's where the game begins to fall apart.

Combat in Overture is clunky and difficult to manage. As I mentioned earlier, that's understandable. However, fight mechanics still need to function properly in some fashion, and that's where this title gets it wrong. It's not merely clunky, but flat out broken. 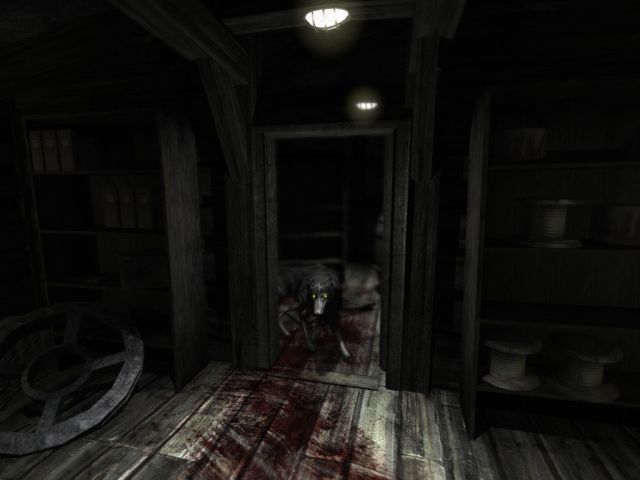 I didn't notice how troublesome combat was at first. In fact, I recall beating a mutant dog to death a claw hammer with a mix of relief and glee. The damned mongrel gunned right for me and all I could do was brandish the hammer and start beating away. Fighting wasn't a matter of repeatedly clicking the left mouse button, but required me to hold the LMB while continually dragging the hammer side to side. The tool bounced off the dog's dome repeatedly until it perished. In video game terms, this is the closest I've ever felt to playing as Dee Wallace's character in "Cujo."

Unfortunately, subsequent battles taught me what was wrong with the game's combat system. For starters, buttons don't always respond as they should. I experienced infuriating moments where I clicked on the LMB, but Phillip didn't pull the weapon back in a ready position. Instead of taking a swing at my opponent, I inadvertently rotated the camera. Long story short, the dog bit me to death and dined on my remains (no, really, you can hear dogs eating you after you die). There were also times when I swung a weapon and it appeared to collide with my adversary, but the blow missed didn't register. I had hell of a time gauging how close I needed to be in order to land a strike, and even then the creature's questionable hit boxes sometimes rendered damage null and void. Collision detection was inconsistent, too. Sometimes a thwack against a canine flank did the trick, sometimes it didn't. Rather than creepy, engaging enemies in battle was annoying. I found myself becoming enraged more often than scared.

Overture even becomes less frightening as you advance. Rather than generating fresh scares throughout its campaign, it rehashes the same situations to the point of numbness. There are only so many times that tight tunnels full of spiders or twisted hallways full of dogs can scare players, and this game goes beyond that point. I will give it credit for showcasing some damn terrifying giant worms, though. 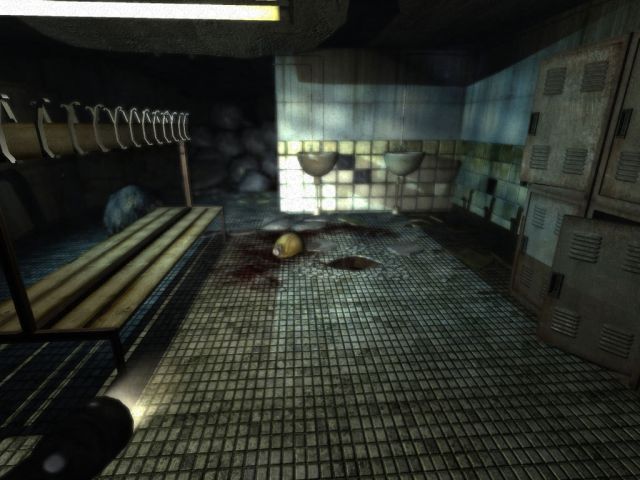 Only Overture's organic puzzles somewhat redeem it. Most of them involve interacting with objects that actually belong in the environment. At one point, for instance, you have to fire up a deactivated generator to restore the lights. You don't simply experiment with various levers and valves, but also read a manual and replace damage parts. Another segment requires you to mix chemicals in order to create an explosive compound, so you can clear away a roadblock. The game provides you with just enough clues to be able to figure it out, and thankfully doesn't beat you over the head with hints. These segments provide refreshing breaks from the staling scare scenes, and are far more engaging than anything else Overture has on offer.

Ultimately, though, Penumbra: Overture is not the taut survival-horror experience it should've been. It's disturbing and atmospheric for a short while, but the effect eventually diminishes. It wouldn't have been such a misfire were it not for its wonky combat system and its inability to consistently provide fresh scares throughout its campaign. The best I can say is that it's a fair start to a budding franchise. Thankfully, Overture's follow up took the tale in a completely different direction, and was better for it...

If you enjoyed this Penumbra: Overture review, you're encouraged to discuss it with the author and with other members of the site's community. If you don't already have an HonestGamers account, you can sign up for one in a snap. Thank you for reading!

© 1998-2022 HonestGamers
None of the material contained within this site may be reproduced in any conceivable fashion without permission from the author(s) of said material. This site is not sponsored or endorsed by Nintendo, Sega, Sony, Microsoft, or any other such party. Penumbra: Overture is a registered trademark of its copyright holder. This site makes no claim to Penumbra: Overture, its characters, screenshots, artwork, music, or any intellectual property contained within. Opinions expressed on this site do not necessarily represent the opinion of site staff or sponsors. Staff and freelance reviews are typically written based on time spent with a retail review copy or review key for the game that is provided by its publisher.