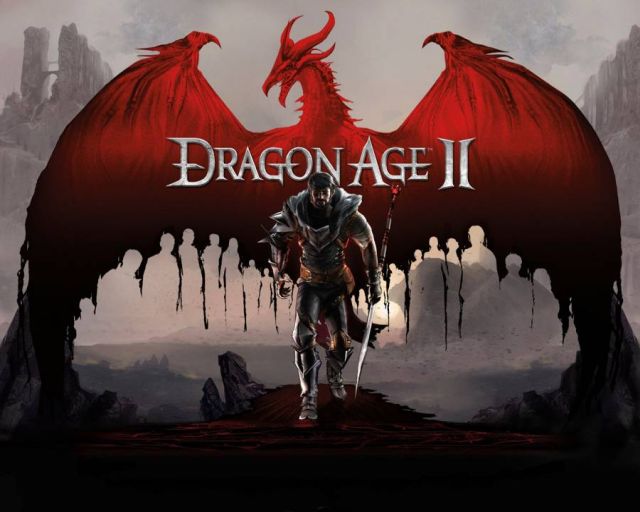 "Watered-down." It's the first thing I think when I recall Dragon Age II. How can I not when its predecessor was a terrific successor to Baldur's Gate, complete with BioWare's trademark automated combat system? I know I shouldn't compare the sequel to its previous installment, but the changes the developer made led to an experience that doesn't even do its own genre justice.

Throw away that automated system I mentioned earlier, and never mind that it was a refreshing alternative to Diablo-style button masher combat. Dragon Age II resurrects constant button pressing, allowing you to interact more directly with foes. However, you spend most of a fight's length staring at the screen and pressing a single button, only altering your routine to accommodate the occasional skill or spell. Once your target falls, you meander about the fray until you find another opponent, thereby beginning the tedious button bash over again. And again. And again.

Most of the campaign's conflicts are so similar and simple that you rarely need to modify your strategy. You battle templars, mages, street thugs, demons, Darkspawn and various other enemies in the same manner for most of your playthrough. Even some of the optional bosses, such as a special pride demon, fall victim to your mindless assault without much push back. Near the end of the second chapter, the game suddenly decides it wants to play ball, but by that point it's too late. Scraps with the second act's boss and a giant dragon prove formidable, but they don't fill the void left by the rest of the campaign's tiresome slogs and forgettable beatdowns. 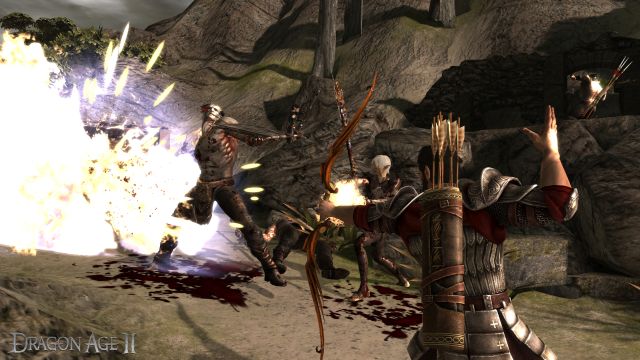 Not only are these battles homogeneous, but so are the battlefields upon which you wage your wars. You'll brawl in several identical warehouses, vanquish spiders in a dozen or so copied and pasted caves, venture down dangerous back alleys that might as well be the same street... Combine that with the game's dull combat and you've got a monotonous experience that rarely shows off its developer's talent.

Any high fantasy piece worth a damn will take you places, even if it's to cliched locales like seemingly uncrossable deserts, abandoned castles or ghost ships. Dragon Age II features the city of Kirkwall, a dwarven ruin, two mountain passes and a mine camp. That's it. Each of these areas occasionally sports an extra room or cave to visit, but those vanish as soon as the quests attached to them end. Even when they're active, though, they don't offer any unique challenges or memorable features. They're nothing more than tacked on location given a bare minimum of thought in regards to design.

But the worst part about the game's world is that most of the campaign transpires within Kirkwall. You mosey about various parts of the town, from the upper class neighborhoods to the slums, occasionally stopping in a pub or a brothel or one of your buddies' pads. You eventually get sick of the urban environment, especially when you have to run down familiar roads and past the same faces to complete predictable quests. Sometimes quest markers don't show up and you must search whole locations for the umpteenth time, slowed by random encounters against muggers and gangs after nightfall. 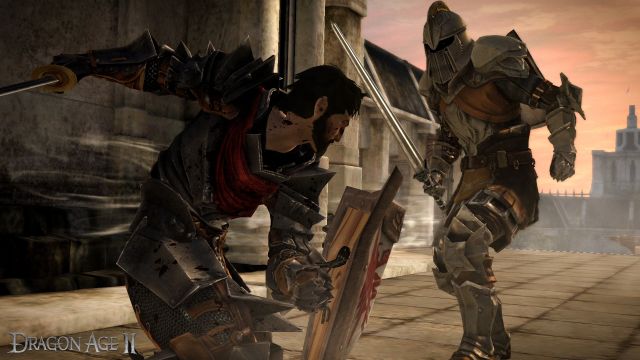 Most of the quests you accept involve little more than meeting a person in one part of the town, talking to another person and sometimes getting into a fight. Regardless of where you venture, your missions offer little more than finding a missing person, killing off dozens of criminals, eliminating a specific target or simply fetching items. Again, these distractions add little to the experience.

All of these quests barely tell a tale worth experiencing. That's unfortunate, as your assembly of heroes this time around is mostly likable. The pirate Isabela from the original title and Anders from the Awakening DLC return for this outing. They mesh well with the ale-swilling, crossbow-toting dwarf; emotional elven mage; stoic-face guard captain; and slave-turned-mercenary you also recruit. Their interactions with you and the camaraderie they share is excellent, but ineffective when you consider their story--er, stories...

You see, I can't tell you what Dragon Age II's story is about, because it's all over the place. Each quest is its own contained plot, as if you're playing an anthology more so than a single tale. Sometimes a quest bears a single element that crops up later, influencing another plot. Most of the time, though, plot devices, twists and turns either amount to nothing or lead to anticlimactic events. For instance, you discover an idol early in the proceedings, thinking it'll serve as a centerpiece for the central conflict. Later on, it only influences a side quest and makes a brief, obligatory appearance during the closing events, as if the writers forgot to include it in the story until the very end. 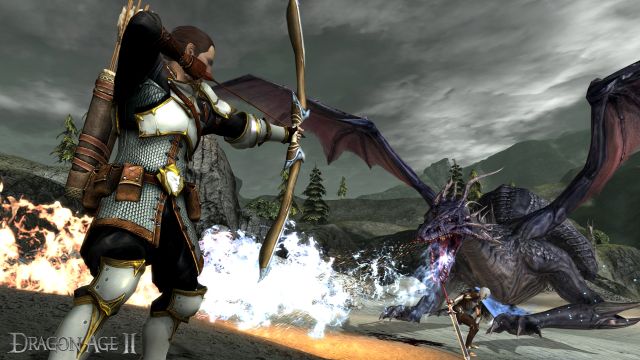 As with other BioWare products, this one gives you "difficult" decisions to make. Do you kill an apostate mage or let her run away? You chose the latter? Surprise! You fight and kill her later anyway. The game also offers you a mine, with the promise of steady income. Instead, you end up going to war with zombies, spiders and a huge dragon, but you otherwise don't receive a single cent from those veins. It's good to see that choices matter.

Interactions with your crew are either bland, mindless or irritating, as they're used to provide the illusion of depth. One of your friends wants to talk to you, and you select amicable dialogue to make them happy. Someone wants to have sex with you. You walk off the screen, it fades to black, then transitions back to you standing in the room. You chat with one of your mates during a mission, and they make an out of place pop culture reference. You practically have to try to anger anyone, and you're seldom given truly complex choices. You don't really need to pay close attention until you deal with a race called the Qunari. Even then, your choices only influence the second chapter's boss encounter, while the rest of the tale remains unchanged.

I'll admit that there are a few cool moments, but they're buried beneath tons of sterile, dry content. However, I found it difficult to appreciate the protagonist's family life, or various cameos, or that skirmish with the tremendous dragon from a few paragraphs ago, when I had to endure so much blandness. For every moment where your avatar belts out something heroic or pays a villain its comeuppence, there are several others where you carve through rows of basic enemies or trudge through a dialogue segment composed of mundane chatter. People still occasionally talk about the first and third Dragon Age installments, but virtually no one discusses Dragon Age II. It's no surprise that such a watered-down sequel has become the black sheep of the franchise.
2.5/5

If you enjoyed this Dragon Age II review, you're encouraged to discuss it with the author and with other members of the site's community. If you don't already have an HonestGamers account, you can sign up for one in a snap. Thank you for reading!

© 1998-2020 HonestGamers
None of the material contained within this site may be reproduced in any conceivable fashion without permission from the author(s) of said material. This site is not sponsored or endorsed by Nintendo, Sega, Sony, Microsoft, or any other such party. Dragon Age II is a registered trademark of its copyright holder. This site makes no claim to Dragon Age II, its characters, screenshots, artwork, music, or any intellectual property contained within. Opinions expressed on this site do not necessarily represent the opinion of site staff or sponsors. Staff and freelance reviews are typically written based on time spent with a retail review copy or review key for the game that is provided by its publisher.