I think its a fair assumption that people like me who enjoy the adventure genre like to fantasize from time to time about being great adventurers themselves. Perhaps to be put in the shoes of Indiana Jones on one of his romps through Nazi-infested ancient civilizations, or being the suave secret agent we all suspect we could have been, or even to be a young nautical scallywag that dreams of someday becoming a pirate. Alas, the highest amount of adventure that we see is standing up and going to see if there's anything to eat in the kitchen before one more ill-advised late night gaming session.

Precisely because of this, its more realistic to live out these dreams on a monitor, and to become other people who have the chance to travel all across the world solving mysteries of global magnitude. Martin Holan, the protagonist of Nibiru: Age of Secrets is one of such person.

The game opens with Martin receiving a phone call from his uncle concerning a startling discovery. A German mine, long abandoned since 1945, has been discovered and he requests Martin meets up with him to discuss the find in more detail. Since Martin (and roughly 30% of all graphic adventure protagonists) is an archaeologist himself, this seems like a thing he should be doing. Although all the sources point to this being little more to a routine job to begin with, the mine hides some rather startling secrets. It wont take an inquisitive mind long to discover that the mine was said to have served as a base of operations where some mystical experiments were performed. Of course, to add to the charm of it all, aliens are involved as well. 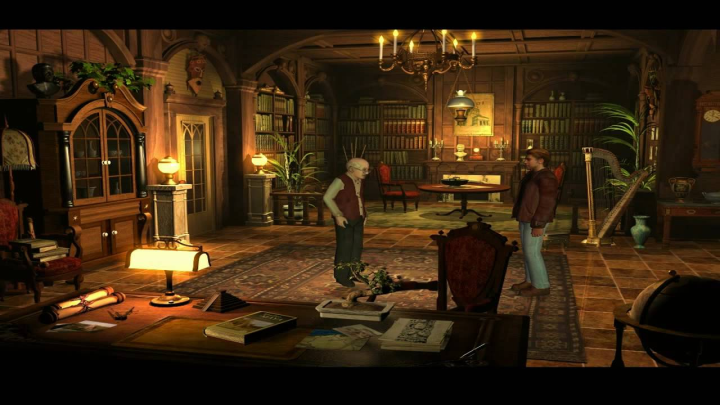 Soon after the game starts and you solve the initial puzzles you will find that there is much more at stake here then a museum-bound dusty statue or two, but rather that there is something sinister guiding each and every single one of your steps and that Nazis are involved and want to wrap their grubby mitts around the mines secret and use them to their own nefarious gains. Travelling across Europe, and later through Central America, you will find many enemies, German supremacist or otherwise, with the same twisted goals in mind, as well as a few allies that will help you out in your quest.

However, whatever images of grandeur the aforementioned might produce should be buried behind a quickly summoned wall of cynicism. Up until now its possible to believe Nibiru: Age of Secrets a worthwhile enough project to warrant your time. But, with the way the protagonist acts, and the way puzzles are made, its simply is not. Frustrating and annoying, maybe; but something to lose yourself in? Surely not.

The greatest problem is the puzzles that you need to solve and people you need to please. In a bizarre twist, if this was a game that was made in an unorthodox world such as Sam & Max, much of its context would make a lot more sense. But in a game that tries so hard to bill itself as a serious thriller, a puzzle involving tying dynamite to a rat's back to blow up a cave from within is not a good way to go. Just as eyebrow-raising is that, at a critical point of the game, you need to gain access into a bar, but your access is denied by an angry bouncer. To bypass this, you need to serve as some sort of a messenger between the bouncer and his girlfriend who is not allowed outside after dark. Fantastic, isn't it? World hangs in the balance, angry Germans lurk in every corner and you need to convince some girl to go and see her lonely boyfriend. If this wasnt bad enough on its own, both of them sound as if their voice actors were extremely bored while doing their job. As much as I really want to blame them, I can't; its perfectly understandable, considering. 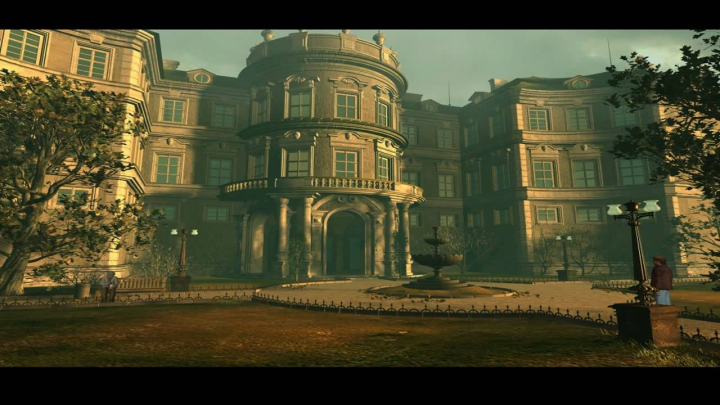 Not a single character comes out of Nibiru: Age of Secrets looking particular well-constructed. Martin himself appears to be an educated man. Much is made how he graduated from a highly valued university, speaks several languages and is obviously no stranger to adventuring. So then, one could not but ask Martin how such an intellectual works so hard to get himself in such easily-avoided bother. Heres a random example: at one point of the game you are hiding from a group of Nazis in a very seedy shipyard at the dead of night. So, when you hear a voice telling you in purely malicious tone Pssst, come here! from inside a shadow-strewn warehouse, what would be the logical thing to do? The FPSer in me says toss a grenade in said warehouse because it is the right and proper thing to do. The more prominent coward in me says, run like hell. What does Martin do? He saunters in nonchalantly, all curious about what might happen. Of course, what happens is that he gets knocked out. Again. Martin gets knocked out a lot during his adventure, mind you.

This is not to say that the game is unplayable, or bad. The locations are breathtaking, even for today's standards; the photorealistic images provide an impressive ambience that captures the chosen atmospheres in a way few avenues of media have ever done. The issue you that these high production values are not shared by the character models, who suffer from a particularly gaunt walking animation. Annoyances that work against immersing yourself in what could have been an interesting game.

If you enjoyed this Nibiru: Age of Secrets review, you're encouraged to discuss it with the author and with other members of the site's community. If you don't already have an HonestGamers account, you can sign up for one in a snap. Thank you for reading!

© 1998-2021 HonestGamers
None of the material contained within this site may be reproduced in any conceivable fashion without permission from the author(s) of said material. This site is not sponsored or endorsed by Nintendo, Sega, Sony, Microsoft, or any other such party. Nibiru: Age of Secrets is a registered trademark of its copyright holder. This site makes no claim to Nibiru: Age of Secrets, its characters, screenshots, artwork, music, or any intellectual property contained within. Opinions expressed on this site do not necessarily represent the opinion of site staff or sponsors. Staff and freelance reviews are typically written based on time spent with a retail review copy or review key for the game that is provided by its publisher.