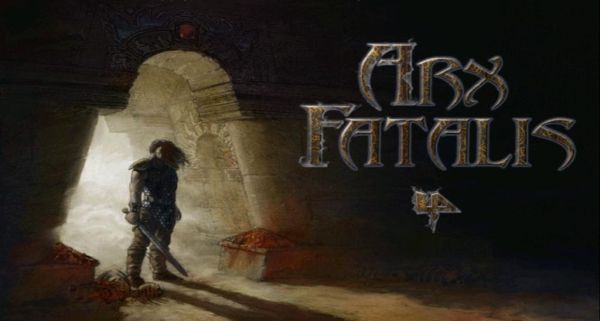 I initially didn't see why Arx Fatalis is such a beloved RPG. It didn't help that I had to download a fan-made patch in order to even run it, and from there I lacked the motivation to advance beyond its intro. I had to force myself to escape the goblin prison that comprises its starting point, and push myself to sniff out the pathway to the titular town of Arx. After I reached that destination, the campaign moseyed onward as if I were still playing through its introductory bits. For the first three hours, I chatted with trolls, searched the goblin kingdom for event items and tangled with rats. Once those events concluded, though, the game loosened its restrictive grip on me. Finally, I began to see shades of its brilliance.

Arx Fatalis draws from ancient "rat maze" titles like Anvil of Dawn, Swords & Serpents and especially Ultima Underworld. The entire game transpires within a connected cave system. You never see the overworld because the sun burned out ages ago, forcing all sentient beings to relocate to caverns. Humans, dwarves, goblins, trolls and snake people dwell in relative peace within Arx. Unfortunately, there's always one wet blanket who is displeased with the state of things and decides that the best course of action is to conjure an evil god. That's where you come in...

As it turns out, the king of Arx isn't too thrilled with demonic cults and betrayal, and he wants you to investigate and eliminate the opposition. In your standard first-person RPG, this would involve a lot of dungeon crawling and creeping through simple mazes in a stage-by-stage structure. Arx Fatalis, however, expands on that well-worn concept. Rather than delving as deeply as possible, the game revolves around detailed story progression and light graphic adventure elements. You'll find whole scenes dedicated to having conversations with NPCs, reading books or investigating strange occurrences. Heck, a few times you practically play detective, as is the case in one section where you examine a goblin township and question its citizens about a stolen troll artifact. 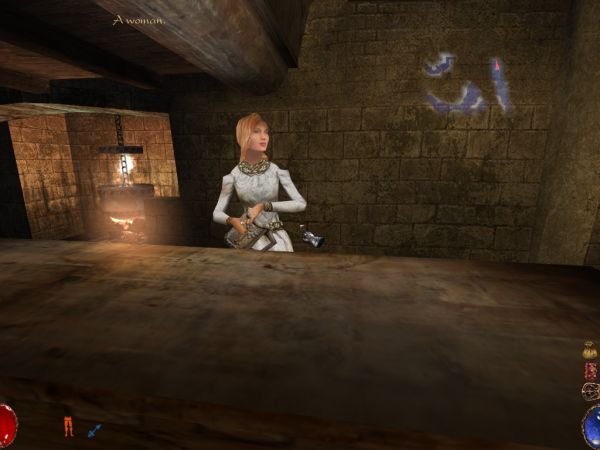 When you're not conducting an investigation, you're solving puzzles. Arx Fatalis features its share of challenges that involve observation and logic. During the aforementioned check of the goblin town, you need to inspect a storage room. The guard will only let you in if you have the goblin king's permission, but that fellow has locked himself in his throne room to wolf down pastries. Thankfully, after you check the king's bedroom, you discover a note that reminds him of his wine allergy and the horrible bowel dysfunction it causes. Around that time, you might also locate the kitchen and discover that the royal baker leaves dough sitting in plain sight...

Other puzzles are not quite so complex, but they're still engaging. They involve throwing switches in the right order, or uncovering hidden buttons that open disguised doors. You'll even find a few that require event items you must locate throughout the dungeon, such as one in the crypts that requires you to place six coin-like objects on certain pedestals. You might strain your brain solving that one, but thank Arx Fatalis for the challenge nonetheless.

However, Arx Fatalis doesn't force you into these story events and riddles. It offers you all eight of its massive labyrinths to explore at your leisure. It grants you access to treasure troves and numerous battles, allowing you to loot bodies and crack open treasure chests for helpful consumables and merchant fodder. It gives you plenty of time to slice up aggressive goblins, hungry spiders, undead creatures and magical warriors. You'll discover plenty of locked doors and secret passageways, and unravel side events worth completing. One such side quest involves rescuing the item shopkeeper's daughter from a murderous cult. Succeed and her mother will grant you one free item from her shop. 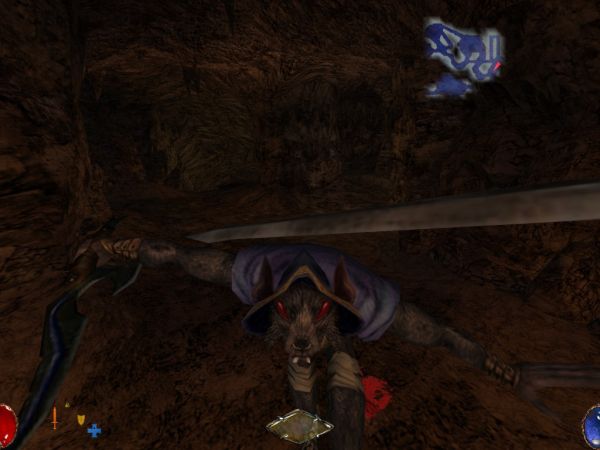 You'd think an entire campaign limited to a cave network would grow tiresome. After all, we're living in an era where some of the best RPGs are open-world adventures. However, Arx Fatalis' world remains fresh by creating tension and using its tight spaces as a challenging limitation. Battles become more desperate and thrilling when you have less space in which to fight, and exploration requires you to be more observant and cautious. As you proceed through a stage, you can't help but peer carefully around corners or amble quietly, so you don't disturb something that could rip you in half.

When you do aggro a beast, you'll want to keep a distance from it to mitigate harm and charge your attack for full damage. You could spam a flurry of light slashes, but such a tactic is counterproductive. Your only other recourse would be to craft a mage-type character and nail your opponents with powerful spells that paralyze, torture, freeze and poison your foes. You can even summon and control zombies and demons if you so desire.

However, you'll find that Arx Fatalis isn't magician-friendly. For one thing, casting a spell requires you to draw runes, and the game is particular about how you trace them. If your lines aren't absolutely straight, they won't register. The worst among these was the rune "spacium," which resembles an uppercase G. One of the most powerful offensive spells happens to use that rune, so you'll commonly find yourself attempting to tolerate this issue. On top of rune writing flaws, the game doesn't provide much decent mage equipment. Almost all of the armor you find is terrific for fighters, but there are hardly any robes or cloaks that bolster your casting abilities. There's even a point in the storyline where you must craft the ultimate weapon, and your choices consist of either a saber or a two-handed sword, with no options offering a staff or a bow. 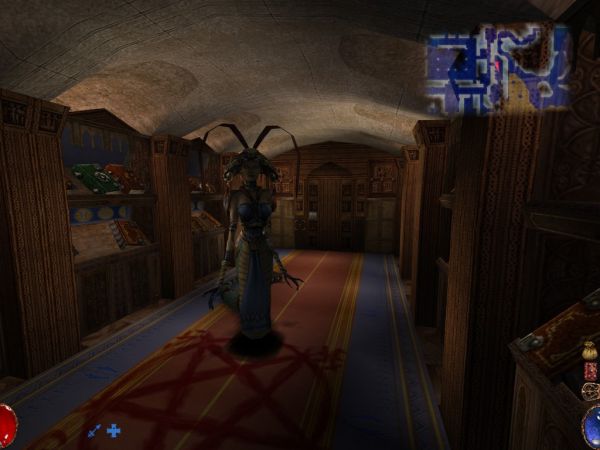 The lack of support for non-warrior builds is not Arx Fatalis's only misstep, as it sadly bears a whole slew of small flaws that slightly numb its bite. The most obvious is poor voice work, which was par for the course in the early 2000s. Most characters speak without much expression or awkwardly emphasize certain words. Guard captain Carlo is a prime example, somehow yelling "My god!" without a trace of emotion in his voice. I also have some nitpicks to address, including the presence of too many standard rats throughout the campaign. Most RPGs cease utilizing these creatures after the first dungeon, but you encounter them even up to the final temple in Arx Fatalis. And speaking of the final temple, there's a puzzle there that requires event items you found halfway through the campaign. To make matters worse, the game makes no indication that these instruments are necessary later on, which might have prompted you to abandon them or even sell them.

Ultimately, though, Arx Fatalis is an old school adventure worth checking out. It sports an interesting tale about strained allegiance and whole species turning stir crazy in the lonely darkness of a cave system. It also hits you with a few decent plot twists and sports a handful of memorable moments. However, the free reign it grants you and the myriad corridors it allows you to explore are easily its best offerings. If you dig ancient first-person RPGs and can look past the small issues listed above, you'll find a worthwhile quest in Arx Fatalis.
4/5

If you enjoyed this Arx Fatalis review, you're encouraged to discuss it with the author and with other members of the site's community. If you don't already have an HonestGamers account, you can sign up for one in a snap. Thank you for reading!

© 1998-2020 HonestGamers
None of the material contained within this site may be reproduced in any conceivable fashion without permission from the author(s) of said material. This site is not sponsored or endorsed by Nintendo, Sega, Sony, Microsoft, or any other such party. Arx Fatalis is a registered trademark of its copyright holder. This site makes no claim to Arx Fatalis, its characters, screenshots, artwork, music, or any intellectual property contained within. Opinions expressed on this site do not necessarily represent the opinion of site staff or sponsors. Staff and freelance reviews are typically written based on time spent with a retail review copy or review key for the game that is provided by its publisher.