You current gen players dont know how good you have it. Thanks in large part to the wonders of digital distribution, the farcical regional porting merry-go-round of yesteryear has been relegated to the feverish dreamscapes of its survivors. Its long become a comfortable rant thanks to how I still bring it up every half chance I get, but growing up in Europe with the first few generations of consoles meant that all those big landmark titles taken for granted by many either had release dates separated by years or simply did not materialise at all. Did you know Europes first official Final Fantasy release was with VII? (So long as you dont count Mystic Quest, and nobody does.) Neither Chrono made it to our shores, the first two Breath of Fire entries never strayed further than stateside. Dragon Quests, Ogre Tactics Xenogears (Xenosaga: Episode 2 shipped, but not 1 or 3 in what I can only assume is a bout of international trolling). Its a mighty list.

The Qix Adventure Conundrum -- a Japanese developed game that saw release in Europe but never made it to the ungrateful American masses -- isnt unheard of, but it is unusual. There were obviously plans for a NA release, with Nintendo Power even receiving a pre-release version to soullessly shill the bejesus out of, but a retail copy never materialised. 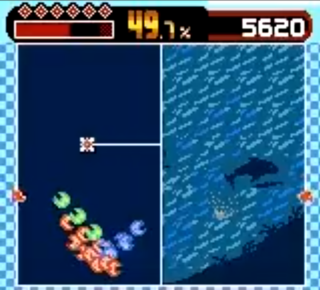 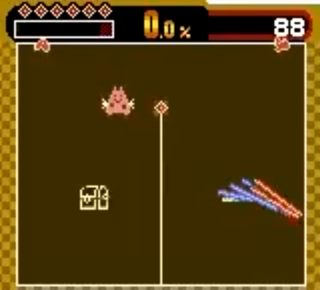 No ones saying that Qix should be compared to the genre-defining games Im still openly bitter about not receiving, but it had already clearly bypassed perhaps the biggest hurdle by having an English translation in place. Its even pretty well known; even if you dont recognise the name, youve all probably played Qix in one form or the other. Youre presented with a grid and have control over something that draws lines through it. By tracing complete shapes, you eliminate parts of the grid, and you can complete each stage by demolishing 75% of it. Only, theres usually something present that doesnt want you to do that. In this case, pulses will run down the lines you draw to try and fry you while sporadically-coloured light things roam the grid unchecked. Should they make contact with one of your lines before you complete your cut-out, its curtains for you.

The closer you get to completion, the less space you have to work with, making for riskier cuts planed around roaming obstacles with, thanks to your efforts, little room left to roam. Qix could have left it there and been a decent addition to the puzzle-heavy handheld library, but this isnt just Qix; its Qix Adventure.

To that end, a brand new Treasure Mode is included. Here, rather than deal with assorted nasties who hate your lines, you have to draw squares around Pokémon-like monsters in order to steal the treasures they hold on to. It tries to tie this together into a kind of pseudo-RPG, offering you backstories on the monsters you defeat as well as a storage space for any treasures you collect, and the option to use them to decorate a room, but it all feels like filler. Theres a lot of dialogue between Speedy, the treasure-hunting protagonist, and the monsters he pursues, but its just a lot of words that say nothing of meaning. 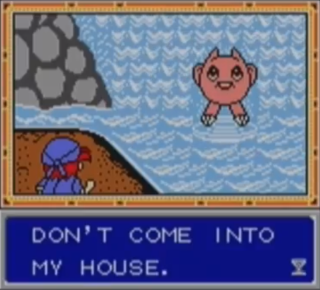 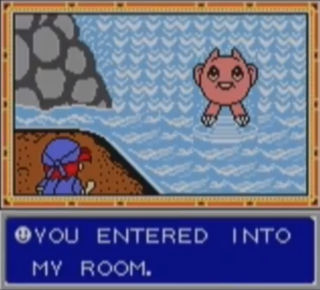 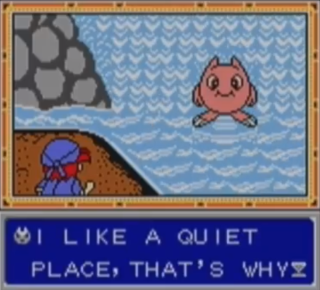 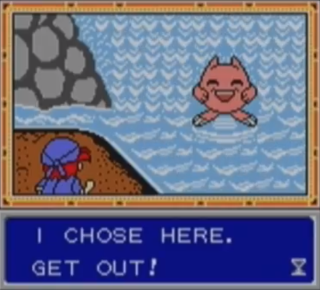 Whos to blame for this? Nintendo Treehouse strike again! Bad translators, probably. Treasure mode gives you a map to travel around where you can go into different areas to fight different monsters, and theres certain actions you need to undertake to delve further into the game. Theres a castle out there somewhere you need to gain access to, but the game never tells you what you need to do. I eventually unlocked it, though Im not sure how. It might have been waiting for me to reach a certain score, or perhaps I collected the right combination of items from defeated monsters. Ill probably never know.

The classic Qix mode is where I spend the majority of my Qix Adventure time, dodging psychedelic rave lights that want to end my carefully-plotted deletion of their roaming grounds. Its not going to hold your attention for hours, but its a decent mobile puzzle game to waste some time with so long as you pretend really hard Tetris isnt a thing. Hardly seems like a fair exchange though, does it? The rest of the world gets Thunder Force V, but I do get to laud Qix Adventure over you all!

Except, I dont. Not really. You see, even though it never got an NA release, like most handheld games, the carts arent region locked. So theres nothing stopping you from importing a copy and playing it in your filthy American Game Boy Colour. Im not even afforded that small victory.
2/5

If you enjoyed this Qix Adventure review, you're encouraged to discuss it with the author and with other members of the site's community. If you don't already have an HonestGamers account, you can sign up for one in a snap. Thank you for reading!

© 1998-2020 HonestGamers
None of the material contained within this site may be reproduced in any conceivable fashion without permission from the author(s) of said material. This site is not sponsored or endorsed by Nintendo, Sega, Sony, Microsoft, or any other such party. Qix Adventure is a registered trademark of its copyright holder. This site makes no claim to Qix Adventure, its characters, screenshots, artwork, music, or any intellectual property contained within. Opinions expressed on this site do not necessarily represent the opinion of site staff or sponsors. Staff and freelance reviews are typically written based on time spent with a retail review copy or review key for the game that is provided by its publisher.