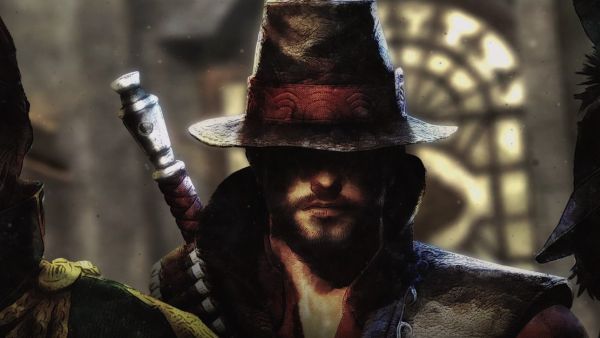 At the intersection of Diablo and Castlevania, you'll find Victor Vran. The game has you assume the role of an intrepid monster hunter, Victor, who hacks and slashes his way through a kingdom overrun by demons, ghouls, vampires, giant spiders and gargoyles. There are even hunchbacked vampire thralls who bounce all over the place and annoy the hell out of you, similar to Castlevania's flea men. Thankfully, they're all nothing that button mashing and the occasional evasive maneuver can't handle. You can even equip up to two demon powers (spells, in other words) that either act as buffs or dish out massive elemental damage.

Victor Vran isn't a carbon copy of its Blizzard-developed cousin. That notion becomes apparent when you attempt to control the action via mouse and keyboard. That particular layout proves wonky, with action keys lying in peculiar places. Even if you configure the key bindings to your preference, panning the camera and basic combat become nightmarish. Your best bet is to put aside the mouse and take up an Xbox controller. The only catch there is that browsing menus and shops isn't as easy as it is with the mouse. Thankfully, you can switch between the two control schemes as needed, without updating your desired input in the options menu.

Acclimation sets in quickly. If you've played any number of console hack 'n slash games, such as Baldur's Gate: Dark Alliance, you should have no difficulty controlling Victor Vran. Even if you forget the button layout, the HUD displays buttons and triggers needed for each function without crowding the screen. Before long you're plunging into a mosh pit of demonic skeletons, pulverizing all of them with a massive hammer. Or plugging shotgun blasts into the faces of troublesome wraiths. Or chopping up myriad spiders with a razor-sharp scythe. 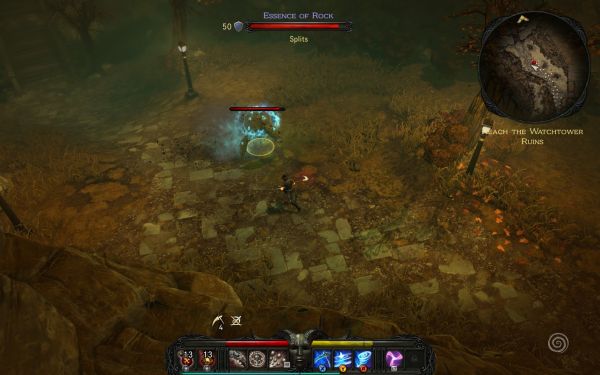 For a while, Victor Vran is dark RPG bliss. Each new area you explore offers several sub-stages packed with foes and rewarding challenges. For instance, the game might ask you to kill fifty skeletons or dispatch eight vampire knights in five minutes. One condition might call for you to dispose of a certain number of enemies using a specific weapon type, while another expects you to meet any of the above conditions without using a potion or casting a demon power.

Challenges aren't required, but they add a little kick to the experience. I tried to ignore them at first, but I eventually found myself earnestly attempting to complete as many as possible. Because some of them required various weapon types, I kept a diverse arsenal in my inventory and didn't lean too heavily on just one weapon. I loved my scythe, to be sure, but sometimes I needed the range and crippling damage a shotgun deals, the outstanding power of a hammer or the speed of a rapier. Thanks to my education with each weapon, I learned how to control crowds and dispatch foes quickly so I could complete timed challenges. As a result, the game showered me in special chests full of experience, gold, fresh weapons and equippable tarot cards that grant passive bonuses. Some cards merely boost statistics, such as ranged damage or critical rate, but others impart unique abilities. The vampire card, for example, allowed me to drain hit points, which helped me to conserve potions.

Unfortunately, Victor Vran sours around its middle section. That's when the game transforms from an action-packed, horror-themed Diablo-like into your average hack 'n slash. Most of the battles around that point are simple, straightforward and tiresome. Your adversaries drop with minimal effort because you have become so powerful that the opposition can't even compete. Now and then you might encounter a heavy opponent or a boss that gets a few good licks in, but none of them pose enough of a threat to matter. Ultimately, you end up blazing through the middle on cruise control, not giving a damn about the events that transpire or the altercations surrounding them. 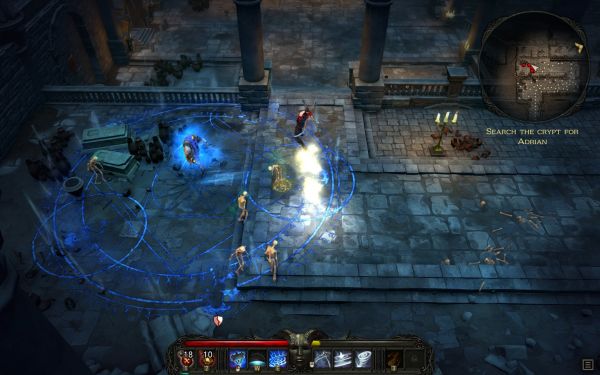 However, a spectral NPC eventually asks you to slay a trio of troublesome demon bosses. Around this point, Victor Vran turns up its difficulty rating and revitalizes its campaign. Getting to each boss isn't much of a task, but defeating them proves to be trickier than your previous missions. One of them, a powerful lich, doesn't kick the bucket until you destroy an artifact that's keeping him alive. In order to accomplish this, you have to drop his hit points to zero, causing his spirit to drift toward the item. Did I mention that this villain dwells in a labyrinth that's absolutely crawling with undead monstrosities? I'm not exaggerating, either. You creep down one hall and skeletons, zombie brutes and wraiths come at you from every angle. Before the end of the battle, the fortress is practically the mall from Dead Rising.

Once those three bosses are in the books, the campaign begins to wind down with a handful of memorable moments and major boss encounters. It throws you into a ruined town square swarming with vampires and arachnids who refuse to die. Rather than mindless slugfests, this segment provides numerous drawn out wars, especially against champion-level enemies. That road leads to a circus full of freaks, an ice cave packed with even tougher adversaries and a showdown with an enormous wraith called Apocalypse. This guy not only punishes you with ever-present flames that slowly sap your health, but he occasionally summons his mini-boss horsemen. Meanwhile, Apocalypse himself remains far enough away from the battlefield that only ranged shots can touch him. 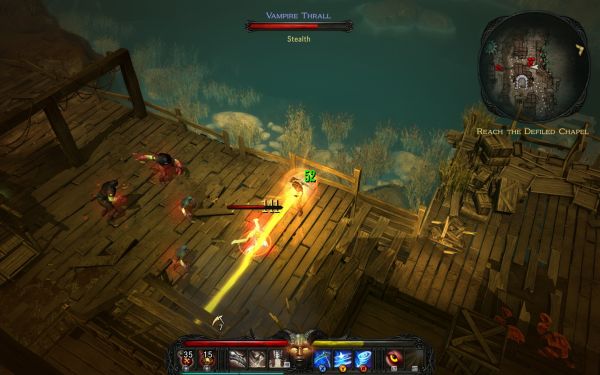 From there, Victor Vran literally and figuratively takes you through hell. You voyage into an inter-dimensional rift, lock horns with a devil and uncover the true antagonist. The campaign eventually leads you to a multi-phase final boss that perfectly caps off this wild adventure. Victor Vran may suffer from a weak middle, but its effective beginning and thrilling third act make up for that minor hiccup. Thanks to its challenge system, simple combat and memorable battles, Victor Vran is a shining example of how to properly utilize familiar elements to create something new and memorable.
4/5

If you enjoyed this Victor Vran review, you're encouraged to discuss it with the author and with other members of the site's community. If you don't already have an HonestGamers account, you can sign up for one in a snap. Thank you for reading!

© 1998-2021 HonestGamers
None of the material contained within this site may be reproduced in any conceivable fashion without permission from the author(s) of said material. This site is not sponsored or endorsed by Nintendo, Sega, Sony, Microsoft, or any other such party. Victor Vran is a registered trademark of its copyright holder. This site makes no claim to Victor Vran, its characters, screenshots, artwork, music, or any intellectual property contained within. Opinions expressed on this site do not necessarily represent the opinion of site staff or sponsors. Staff and freelance reviews are typically written based on time spent with a retail review copy or review key for the game that is provided by its publisher.