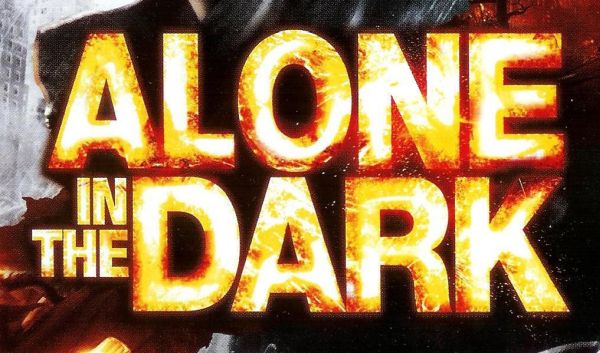 I know this is going to sound odd, but Alone in the Dark's most memorable segments involve driving. I don't mean that in a positive way, either. After fleeing a burning building overrun by demons, you hop into a car and attempt to escape an unseen evil that's ripping New York apart. Buildings crumble and whole streets explode while you drive away from an invisible force that threatens to squash you like a bug. Taking environmental cues, you tear through a pathway the game carves for you, hitting makeshift ramps and dodging fender benders along the way. Grand music kicks in, complete with intense chanting.

Meanwhile, two other intangible antagonists stymie your progress. The awful driving mechanics serve as one of them. Every time you turn or swerve, you fishtail or spin out. Alone in the Dark's vehicle control response is so oversensitive that even the slightest movement causes you to skid all over the place. Joining this menace is the glitchy physics system. I've witnessed countless moments where my ride became stuck on a curb or took a tremendous amount of damage after a slight bump. For instance, I once nailed a sidewalk at a moderate speed and every door on my sedan flew off. Occasionally, I'd also come down off a jump and my car would inexplicably leap into the air and fly off in some random direction. All the while, the vehicle tumbled as if it were inside a dryer and eventually landed miles away. Somehow, I crawled out of the wreckage unscathed.

Alone in the Dark's driving is much like the rest of the game: it's amped up like a blockbuster, but plays like a box office flop.

Alone in the Dark boasts copious cinematic scenes intended to foster an A-class experience, but which are C-grade in execution. Cutscenes attempt to set up an intriguing story, but mostly feature of bland characters who mumble a lot. I had a hard time understanding protagonist Edward Carnby because he muttered his dialogue unintelligibly. It doesn't matter anyway, since most of Carnby's lines consist of him either yelling or swearing instead of saying anything of value. His lines do little to flesh out the character, unfortunately transforming him into a generic game hero. Lucifer, however, is even worse. Not only does he possess an otherwordly voice, but he speaks as if his mouth is full of rocks. To top it all off, the game eschews subtitles completely. 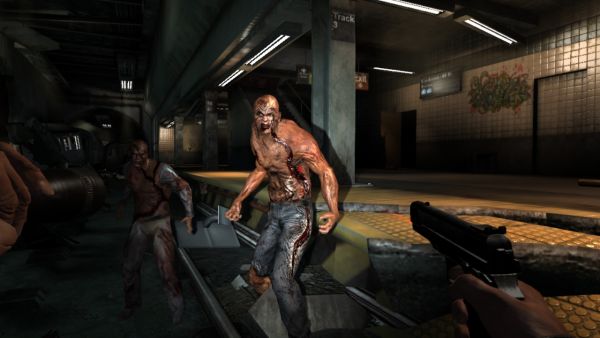 The campaign also sports a fair number of Uncharted-like sections, where you negotiate ledges and ropes. Here, however, such scenes are shorter and somehow more confusing. Sometimes you can't see the rope you're supposed to grab next because it blends in with the environment. You might also have a hard time spotting the next platform you need to reach because of awkward camera angles. I recall one segment where I had to lower myself into a pit using a rope. When I reached the end of the line, I saw nowhere to go. I took a chance on letting go of the rope and happened to land on an off-camera ledge.

Problem solving is a huge part of the Alone in the Dark franchise, and this installment carries that tradition forward apathetically. On one hand, it features a few wonderful puzzles. For instance, during one stage you enter a temple loaded with riddles. One of them holds a partially wooden, unlit brazier blocking a ray of light. If you move the brazier away from the beam, the walls begin to close in on you and splinters of wood rain down from the ceiling. A section of the floor also rises to meet the chamber's exit. It might take you a few tries, but the solution involves finding a way to light the brazier, then setting its wooden components on fire. After that, you have but a few seconds before the device disintegrates, setting the walls into motion and lifting the portion of the floor that takes you to the point of egress. 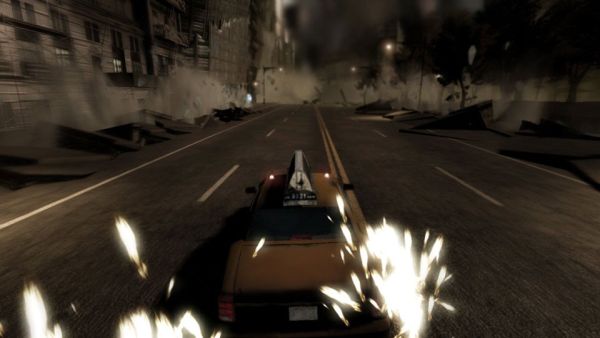 Even the game's fear factor is a bust, highlighted by forgettable, generic survival-horror elements. For the most part, its campaign features few genuine scares. Only one scene that I recall is in any way terrifying, and it involves encountering a cursed body of water that instantly kills you. It's not the water itself that's creepy, but the horrible choking and strained breaths it produces, as if some tormented soul is forever drowning in the demonic brew.

Unfortunately, Alone in the Dark's bestiary mostly consists of humanoid creatures and rat-sized bugs, with little tension or build up to their arrival. These foes creep into the fray in standard fashion and contribute little to the experience's scare factor. Dealing with them is also no biggie, either. The game offers plenty of ammo and melee weapons everywhere, so there's no reason to fear that you might run out of options when facing a tough opponent. The only troublesome part about slaying your adversaries is that you must set them on fire. Again, Alone in the Dark doesn't skimp on methods to burn the opposition to a crisp. If there isn't a fire near the fray, then there's usually a pile of explosives for you to lob. 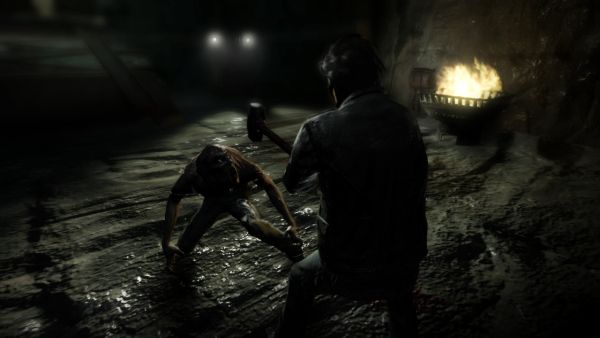 Alone in the Dark utilizes a handful of other methods to frustrate you. For instance, you constantly have to switch between first- and third-person view, especially when you deal with a variety of monsters in a single fight. Some adversaries might fall more easily to gunshots (this is when you'd use first-person), while others fall prey to melee (and you'll want to use the third-person perspective when dealing with them). The game displays most of its annoyances, though, during its closing segments. Elements of Grand Theft Auto crop up, placing you in a desperate struggle to rid Central Park of satanic tree roots. You hotwire cars and drive from one root to the next, sometimes abiding time limits whilst struggling with Alone in the Dark's broken driving mechanics. All the while, you engage in tedious battles, toggle perspectives more often than any player should, and take on more Uncharted-esque obstacle courses. It's not hard to see why this game failed to reinvigorate the dying franchise.
2/5

If you enjoyed this Alone in the Dark review, you're encouraged to discuss it with the author and with other members of the site's community. If you don't already have an HonestGamers account, you can sign up for one in a snap. Thank you for reading!

© 1998-2020 HonestGamers
None of the material contained within this site may be reproduced in any conceivable fashion without permission from the author(s) of said material. This site is not sponsored or endorsed by Nintendo, Sega, Sony, Microsoft, or any other such party. Alone in the Dark is a registered trademark of its copyright holder. This site makes no claim to Alone in the Dark, its characters, screenshots, artwork, music, or any intellectual property contained within. Opinions expressed on this site do not necessarily represent the opinion of site staff or sponsors. Staff and freelance reviews are typically written based on time spent with a retail review copy or review key for the game that is provided by its publisher.