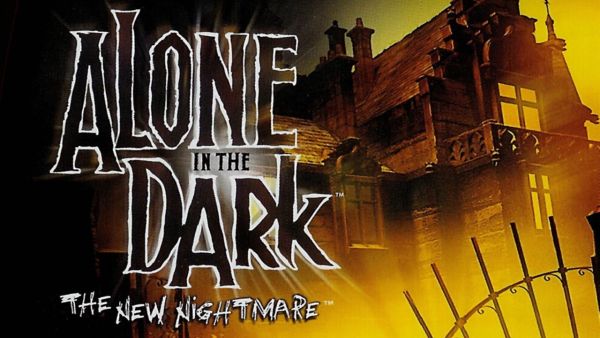 A great work of horror leaves a lasting impression on you. Contrary to popular belief, scary tales don't always offer fear as their takeaway. Rather, you might feel relief that the protagonist found his son during a zombie-like apocalypse. Or maybe a mix of shock and disgust at the conclusion of an '80s monster film, where the antagonist smacks his lips while he devours the heroine. Or it could be that you're awash with depression because a Japanese ghost flick ended with the entire human population slowly disappearing, as each person fading into a cold, empty phase of existence. Some even leave you exhilarated or pumped, like Lamberto Bava's "Demons" or one of Richard Laymon's "Beast House" books.

Of course, horror stories are not merely ending sequences, either. There's a whole narrative or a campaign that leads up to the key moment that defines how you feel when you close the book, exit the movie or eject the game. Sometimes, though, that moment doesn't arrive...

Alone in the Dark: The New Nightmare left a cold, indifferent impression on me. When the adventure concluded, I decided I didn't care about protagonists Edward Carnby and Aline Cedrac. That's saying a lot because I thought Carnby, who appeared in the previous three installments, was a likable character in previous Alone installments. I initially looked forward to seeing where this outing would take him, but ultimately wrote him off. While the credits rolled, I asked myself, "What the hell happened?" 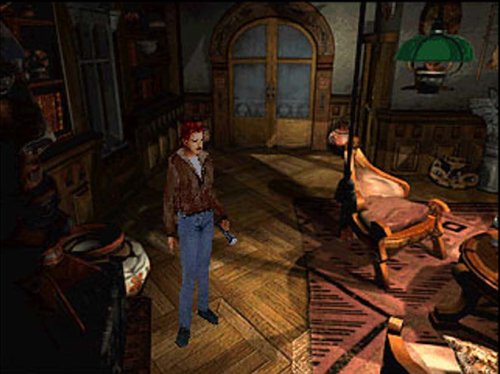 New Nightmare starts off promising. It sends you to a massive house on a private island in the dead of night--because no one ever investigates creepy old mansions in broad daylight. The PlayStation edition presents heavy pixilation, but it actually serves to intensify the game's atmosphere by inadvertently mimicking the gritty picture quality seen in pre-'90s horror.

If you selected Carnby as the main character, you begin the campaign by cutting through a pitch black forest path leading up the aforementioned dingy home. Lightning flashes when you approach a locked gate, revealing previously unseen humanoid shapes. They vanish as the lightning subsides, and you respond by holding still and not wanting to advance. "My god, I only have a few bullets. I can't deal with all of this." So you tiptoe across the screen, hoping you don't aggro the creatures that actually aren't there.

The good news is if you had alert any foes at that point, you would be able to deal with them easily enough. New Nightmare features a revamped combat system that mimics that of Resident Evil. All you need to do is hold a shoulder button and face the opposition and Carnby auto-aims. You can mock developer Darkworks all you want, but imitation in this case is preferable to the wonky, irritating battle mechanics the previous two Alone in the Dark titles boasted.

The game also utilizes an intriguing concept years before its time, wherein you aim your flashlight with the right analog stick. This allows you to scan your surroundings, revealing obtainable items or helpful documents. On top of that, your beam holds certain enemies at bay, especially pesky plant monsters who require numerous bullets to vanquish. Rather than wasting ammo on them, you're better off shooing them away with a light and running around them to relative safety. 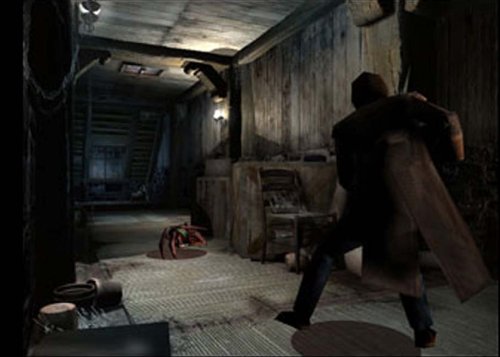 When monsters rear their deformed heads, you either have to shoot them or run like the wind. Unfortunately, this is where New Nightmare's cracks begin to show. Carnby and Aline run as though they've had a few stiff drinks before embarking on their quest. Wonky play control is par for the course in survival horror, but New Nightmare's control response is so over-sensitive that you never fully get acclimated. Whenever you try to turn while running, you end up weaving all over the place.

Aline's campaign suffers the worst from this flaw. There's a segment where you must activate a device that acts as a lightning rod, sending electricity to a massive cannon in the basement. The only trouble is the machine powers down after a minute and fifty seconds. It's stressful enough having to deal with a stringent time limit whilst fighting off ghouls, but Aline occasionally gets stuck on bits of environment because you keep meandering into them.

New Nightmare's fear factor only lasts so long because it overloads you with ammunition. Survival horror games maintain their fright factor by limiting your resources and your offensive capabilities. Any well made genre title begs you to examine your every move: "Can I spare the bullets needed to win this battle? Is there another way out of this confrontation?" However, New Nightmare loads you up with so many shotgun shells that you feel you could take on an army. When you stop asking the above questions, the game loses its terrifying grip and becomes a mediocre action title.

Sadly, this isn't the only genre facet New Nightmare manages to muck up. Carnby's campaign provides you with a huge house to explore, then thrusts you into a linear second half with fewer foes and familiar jump scares spammed ad nauseam. You enter a room, monsters appear and then vanish. It's even worse when a creature ambles toward you, imitating a legit adversary. You open fire, only to realize it was just an illusion. That might sound terrifying on paper, but in practice it only serves to frustrate. 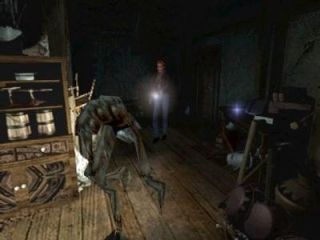 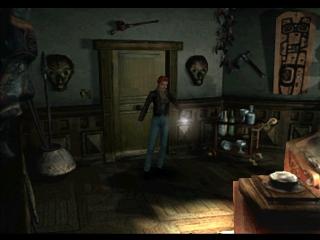 The farther you advance, the more you get the sensation that Darkworks stopped caring about New Nightmare. You experience an increasing number of instances where demons mosey toward you while gaping spaces form between them and the walls. Or incidents the game automatically transports Aline to her next objective rather than forcing you to wade through corridors of monstrosities. Or occasions where you nab a high-powered weapon that can scotch anything quickly, thus further demeaning the game's scare factor. Or, as in the final stage, where you traverse empty corridors full of endlessly spawning beasts, but the environment provides you with a bottomless supply of crystals that recharge your gun.

It's sad, because for every morsel of bone fide nightmare fuel or effective device the game offers, there's about two or three other factors working against it. Never mind that an invincible behemoth stalks Aline, because your standard opponents are pushovers. Forget about Aline's side of the tale, which involves her hunt for her estranged father, because Carnby's path reveals nothing additional about him and paints him as your average male hero. Yes, the game places limits on saving progress by forcing you to obtain an item called Charm of Saving. You find so many of them by the endgame that Darkworks may as well have gone the Silent Hill route and instituted infinite saves.

This is why after completing Alone in the Dark: The New Nightmare with both characters, I walked away from the experience apathetically. The game has its share of minor flaws and cool features, but remains a garden variety survival horror offering regardless. When a title fails to rise above mediocrity, doesn't provide you with intriguing player characters and demeans the effectiveness of its own content, it's hard to give a damn.

Those are the last things I should say about a franchise that helped kickstart its own genre.
2/5

If you enjoyed this Alone in the Dark: The New Nightmare review, you're encouraged to discuss it with the author and with other members of the site's community. If you don't already have an HonestGamers account, you can sign up for one in a snap. Thank you for reading!

© 1998-2020 HonestGamers
None of the material contained within this site may be reproduced in any conceivable fashion without permission from the author(s) of said material. This site is not sponsored or endorsed by Nintendo, Sega, Sony, Microsoft, or any other such party. Alone in the Dark: The New Nightmare is a registered trademark of its copyright holder. This site makes no claim to Alone in the Dark: The New Nightmare, its characters, screenshots, artwork, music, or any intellectual property contained within. Opinions expressed on this site do not necessarily represent the opinion of site staff or sponsors. Staff and freelance reviews are typically written based on time spent with a retail review copy or review key for the game that is provided by its publisher.