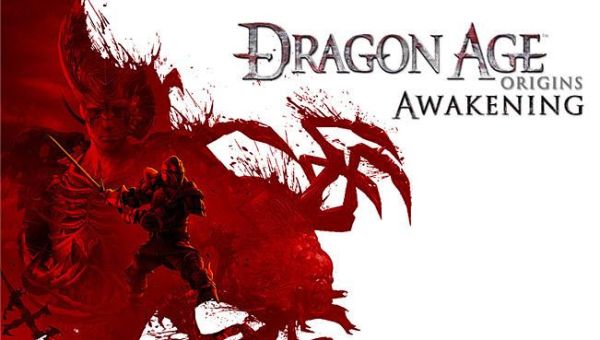 Congratulations! You've finished Dragon Age: Origins. If you enjoyed it, then you have two options: play the post-story DLC or move on to either Dragon Age II or Dragon Age: Inquisition. Look, I'll cut to the chase and tell you to skip Origins' expansions because they don't offer any worthwhile content, outside of introducing a couple of interesting characters who appear in Dragon Age 2.

For one, Dragon Age: Origins - Awakening features a ho-hum story. Since Origins' big bad bit the dust, the series' writers had to concoct a fresh menace or two for the Warden to face. Thus, they crafted a powerful broodmother, referred to as simply "The Mother," and paired her up with a morally ambiguous foe called The Architect. You don't know anything about these new threats, except that their presence led to a boost in darkspawn intelligence.

Somehow, the darkspawn saw a shift in behavior. Rather than mindless raids, they now coordinate clever attacks and engage in strategic battles. You start Awakening's campaign by entering a besieged fortress brimming with darkspawn, who launched a tactical assault on the structure. To your amazement, one of the tainted creatures even speaks. Obviously, these grim events mean that the Warden must gather a new band of comrades get to the bottom of this mystery. 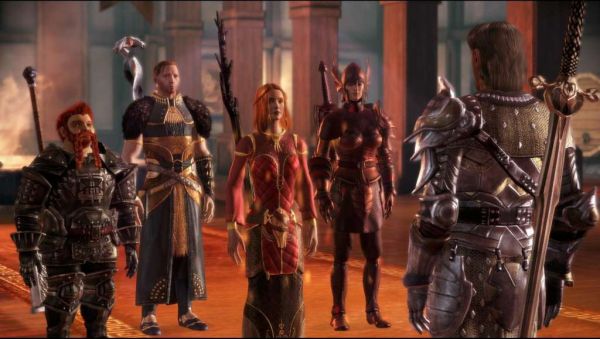 So the Warden assembles a small squad and chases leads, mingles with lords and speaks with townsfolk. The central plot thickens and subplots sprout up. Darkspawn remain trapped in chambers below the fortress, nobles conspire against you and various NPCs report missing loved ones or attacks from highwaymen. Meanwhile, trouble brews in a silverite mine and a Grey Warden investigating darkspawn fails to check in.

All of the above conflicts promise, but ultimately fail to deliver and fizzle out.

The Warden embarks on four or five episodic adventures, only some of which meaningfully connect to the main storyline. A journey into the underground puts you face to face with The Architect, who slinks away and leaves some dragons to kill you. Later on, your search for the missing Grey Warden sends you on a trip through a haunted swamp ruled by an ominous baroness. Only a single minor villain connects this portion of the tale to the main plot, rendering it a filler segment used to pad out a paper thin campaign.

Awakening further undercuts its content by concluding every side event with an anticlimax. That conspiracy I mentioned earlier? It culminates in a simple skirmish on a recycled set piece, against a handful of weak mercs and the whopping two noble folk who hired them. No cutscene plays before this fight and there's no dramatic build. You simply figure out who's trying to murder you, and end up trouncing them and looting their corpses as if they were run of the mill enemies. All other side quests and subplots travel similar arcs, beginning with interesting premises and ending with light shrugs. 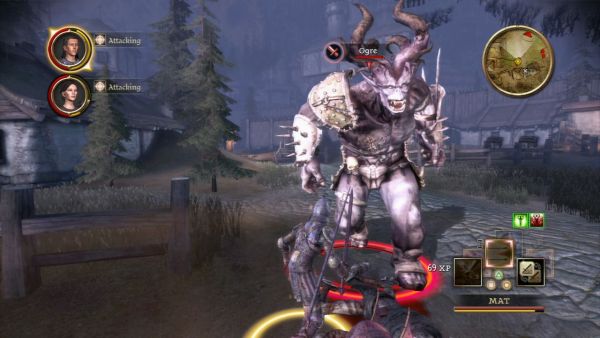 Perhaps the above brawl could have been grander, though. Imagine if it presented a proper challenge, featuring nobles who could school you worse than any sorcerer and sellswords who could actually wield a blade worth a damn. For all I know, that might've been the case, but I decided to import my character from Origins, which maintained my protagonist's stats and possessions. That decision also spelled doom for the opposition, because Awakening failed to scale its foes to meet the protagonist's levels. Where Origins featured mostly average level altercations and the occasional stiff competition, Awakenings provides you with infinite opportunities to steamroll your opponents.

For most of the campaign, I entered battle and only pressed a button to spur my Warden into automated action. Darkspawn armies and thugs posed little threat and perished without much effort. Bosses rose and lasted longer, but still fell without difficulty. Even Awakening's optional bosses, including a spectral dragon, didn't last long against my forces.

If you need any further convincing that Awakening is dull and overly easy, consider this: in Origins, I struggled to maintain a healthy level of HP restoration potions. I ran out a few times because that game tossed a lot tough monsters my way. In Awakening, I started with roughly twenty restoratives and ended the adventure with over seventy. I only used a few in the course of my quest, and burned up even fewer injury kits. 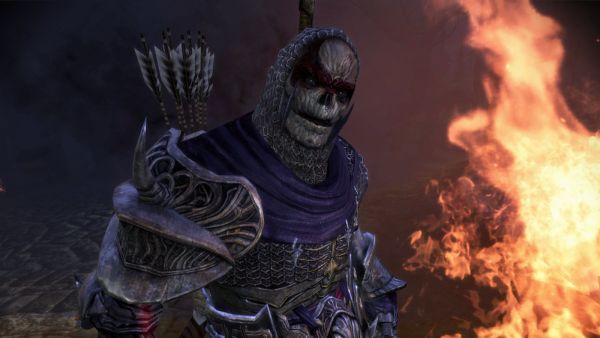 Of course, you could forego importing, but why would you do that? The whole point of Awakening is to serve as a continuation of the Warden's journey, so it makes no sense to roll up a new character sheet.

Awakening offers a dearth of memorable material. For starters, the game's cast of characters lack the charm that made Origins' companions a hit. Anders is basically a less funny, not so likable version of Aleister, for example. Besides that, Dragon Age: Origins - Awakening fails to deliver battles that challenge you, side quests that add to the experience or story events that you'll never forget. Late in the campaign, it attempts to capture the original installment's fire by thrusting you into a desperate war against a darkspawn army. However, as with all of the expansion's other content, it's heavy on promise, skinny on substance and ends with a dull whimper.

Bottom line, Awakening is a contrived, unnecessary extension of the Warden's story. Unless you were dying to know about the Warden's mundane post-Origins struggle, you're better off skipping this expansion.
2/5

If you enjoyed this Dragon Age: Origins - Awakening review, you're encouraged to discuss it with the author and with other members of the site's community. If you don't already have an HonestGamers account, you can sign up for one in a snap. Thank you for reading!

© 1998-2020 HonestGamers
None of the material contained within this site may be reproduced in any conceivable fashion without permission from the author(s) of said material. This site is not sponsored or endorsed by Nintendo, Sega, Sony, Microsoft, or any other such party. Dragon Age: Origins - Awakening is a registered trademark of its copyright holder. This site makes no claim to Dragon Age: Origins - Awakening, its characters, screenshots, artwork, music, or any intellectual property contained within. Opinions expressed on this site do not necessarily represent the opinion of site staff or sponsors. Staff and freelance reviews are typically written based on time spent with a retail review copy or review key for the game that is provided by its publisher.