There is a virus that people willingly allow to infect their computers and their minds. While it steals a small amount of your computers processing power, it also claims a place in the back of your mind, preying on your compulsions and making you its slave. It is known as Clicker Heroes. 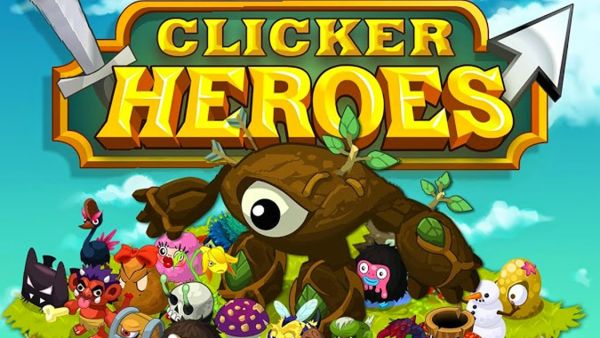 Around three and a half million people have played Clicker Heroes through Steam. Clicker Heroes is what is known as a clicker, of which there is a whole genre of these pointless resource stealing time-wasters. It starts off innocently enough. You are presented with an enemy and it will sit there waiting for you to attack it. Youll click on it a few times, causing it damage. When it dies, it will drop a coin. You will then use that coin to upgrade your click damage. Once youve defeated ten enemies, you move to the next level, and they get a little bit tougher.

This will go on for a while, and then you will earn enough money to hire a hero who will attack the enemy automatically  inflicting a certain amount of damage per second. You can probably stop clicking now, and use future money earned to either upgrade your hero or purchase another and another and another.

You will watch the numbers go up  your money and automatic damage will reach the thousands, millions, billions and then reach numbers that are too vast for our minds to even comprehend. You will leave the game running in the background while you do other things, checking in from time to time to spend some money and increase the damage that you deal. 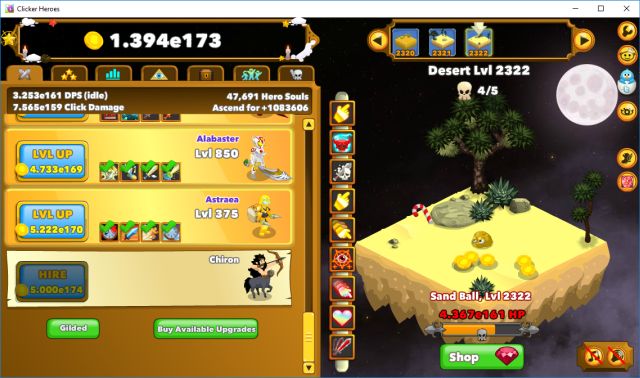 Eventually you will reach a point where no amount of purchases is going to make you strong enough to deal with the next level of enemies. At this point you must ascend  basically starting over, but with bonuses that help you reach your current point much quicker. Youll be able to recruit Ancients, which provide even greater boosts. Youll equip items which have a variety of benefits.

This game will eventually become part of your daily routine. Youll check on it whenever you get time. Itll always sit there at the back of your mind. Your computer will continuously calculate ridiculous numbers for, lets be honest, no real reason. When I was running this game on my previous laptop, I found it would get very hot after running this game for sixteen hours a day. It would also make it difficult to play other PC games.

This is a picture of my Top 3 played games on Steam. 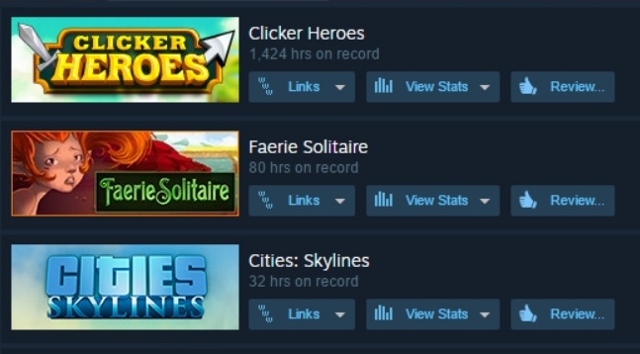 I was an addict. But I got out. I havent played in a very long time. I uninstalled it and deleted my save data so I would never be tempted to go back. But others are not so lucky. Several of my friends still play  Steam tells me whenever they load the game.

I write this review as a warning to anyone out there that might think a Clicker game is just a harmless diversion. Its not harmless. It will devour your soul.

It also has micro-transactions.

© 1998-2020 HonestGamers
None of the material contained within this site may be reproduced in any conceivable fashion without permission from the author(s) of said material. This site is not sponsored or endorsed by Nintendo, Sega, Sony, Microsoft, or any other such party. Clicker Heroes is a registered trademark of its copyright holder. This site makes no claim to Clicker Heroes, its characters, screenshots, artwork, music, or any intellectual property contained within. Opinions expressed on this site do not necessarily represent the opinion of site staff or sponsors. Staff and freelance reviews are typically written based on time spent with a retail review copy or review key for the game that is provided by its publisher.